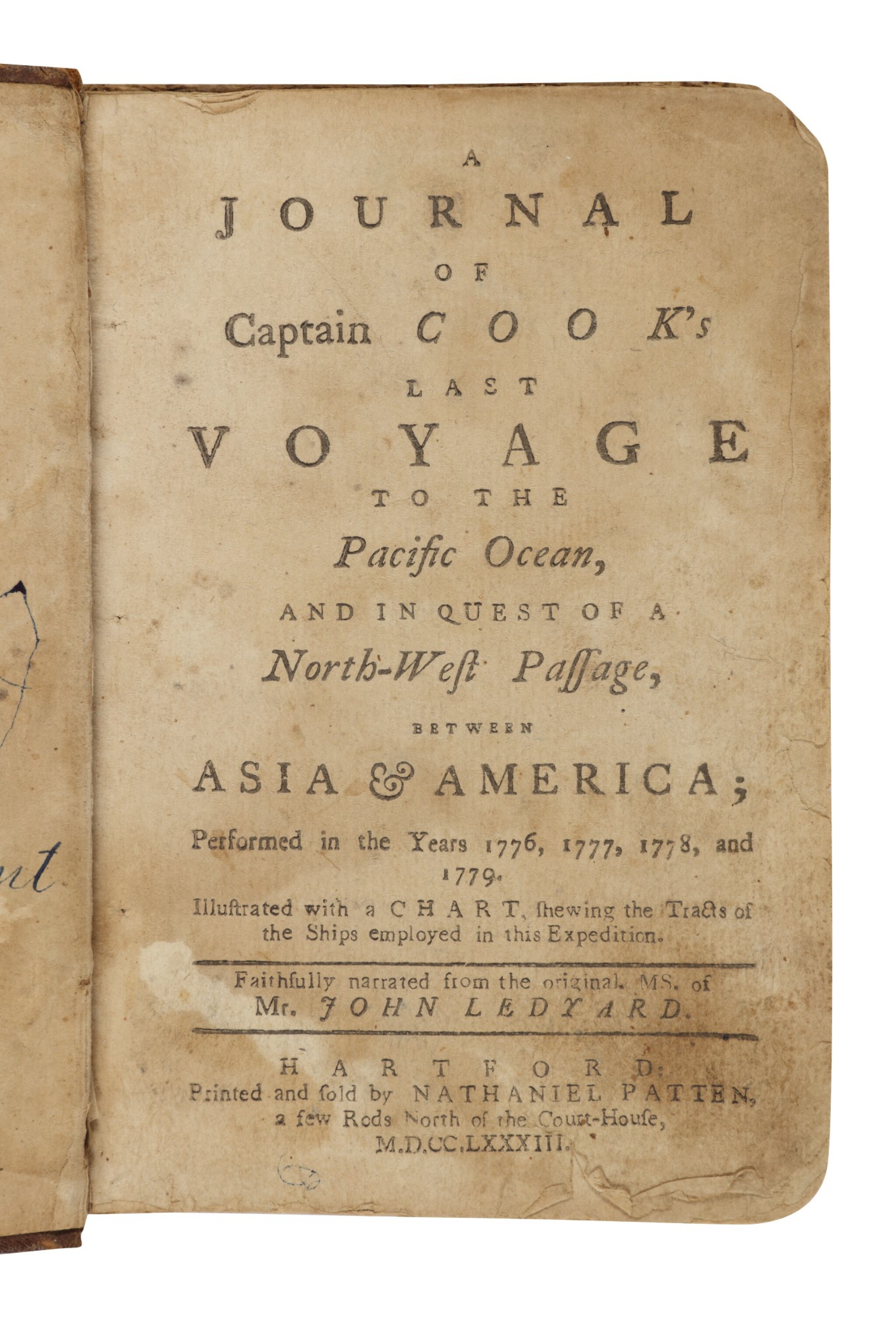 First edition of the first American book on Hawaii, the first American book on the Northwest coast of America, and the only account of Cook’s third voyage by an American participant. "The most appealing of accounts of the third voyage was that of John Ledyard. … A Connecticut native, Ledyard was a corporal of marines aboard the Resolution, and was one of the oarsmen rowing Cook's launch when the fatal encounter with the Hawaiians occurred. He later made his way back to America to write his account—the first original narrative of a Pacific voyage to be published in the United States" (Reese).

Ledyard saw the great commercial potential of the Pacific Northwest, but he was fifteen years dead by the time Thomas Jefferson—with whom he corresponded and who called Ledyard "a man of genius"—commissioned the Lewis and Clark Expedition.