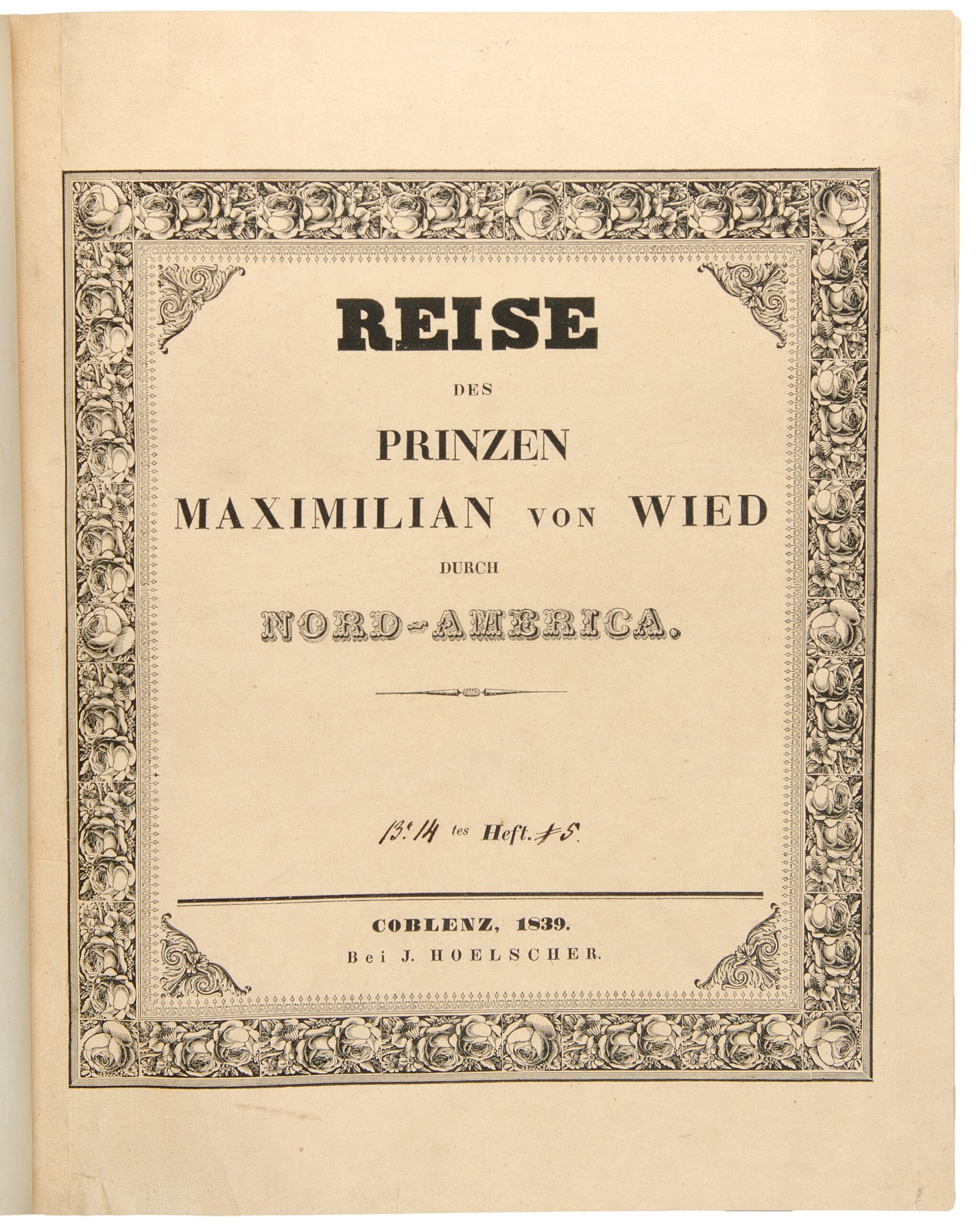 The Wilberforce Eames copy, the "Dean of American Bibliographers"

Prince Maximilian was already an experienced naturalist and explorer in 1832, having made an important scientific expedition to Brazil in 1815-17. His preparations for his trip to North America including retaining the skilled artist, Karl Bodmer, to record illustrations of the journey. Arriving in the fall of 1832, the Prince ascended the Missouri River in the spring of 1833, going as far upstream as the American Fur Company post of Ft. Mackenzie in present-day Montana, and spending the winter at Ft. Clark, near the Mandan Indian villages. During this prolonged stay, he and Bodmer had ample opportunity to observe the Indian tribes of the Upper Missouri in their full glory, carefully recorded by Bodmer in watercolors. In the spring of 1834 they returned to Europe, and devoted the next five years to preparing the text and plates for this publication.

Prince Maximilian and Bodmer were able to record in both words and pictures the Plains tribes in their heyday. They were witness to hunting parties, Indian dances, ceremonies and life among the Mandans and other tribes, as well as the incredible scenery on the upper Missouri before the era of mass settlement.