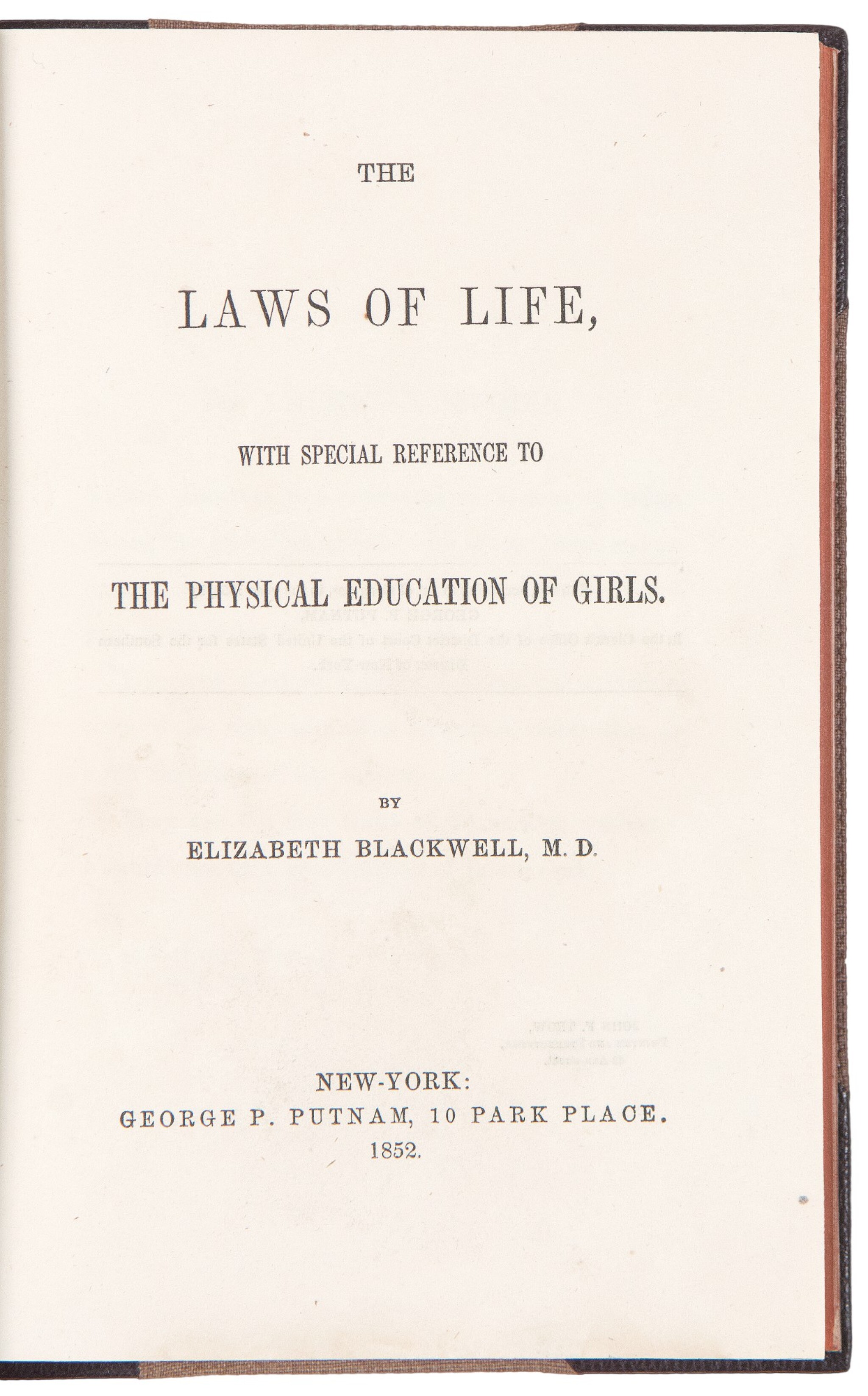 The Laws of Life, with Special Reference to the Physical Education of Girls. New York: George P. Putnam, 1852

﻿Blackwell earned her degree at Geneva Medical College in upstate New York in 1849, the first ever conferred upon a woman. The event attracted international press attention, and stiffened the resistance of other medical schools to the admission of women. After graduation she left for England and Paris, hoping to supplement her education with study at the great hospitals of Europe. The only opportunity she was offered was in Paris at the lying-in hospital, La maternite. There she found that her medical training gave her no status beyond that of the uneducated village girls who were training to become midwives, though she considered the training in women's and children's diseases to be excellent. She returned to the United States in 1851 and settled in New York City, where she hoped to establish a practice. However, patients were slow in coming and she described "a blank wall of social and professional antagonism."

In 1857, she opened the New York Infirmary for Indigent Women and Children, a full-scale hospital with beds for medical and surgical patients. Its purpose was not only to serve the poor, but also to provide positions for women physicians and a training facility for female medical and nursing students. This institution still exists as the New York University Downtown Hospital. However, since the women trained in her Infirmary were not able to gain admission to the male medical colleges, she was persuaded to establish her own women's medical college. The Woman's Medical College of the New York Infirmary opened its doors in 1868.