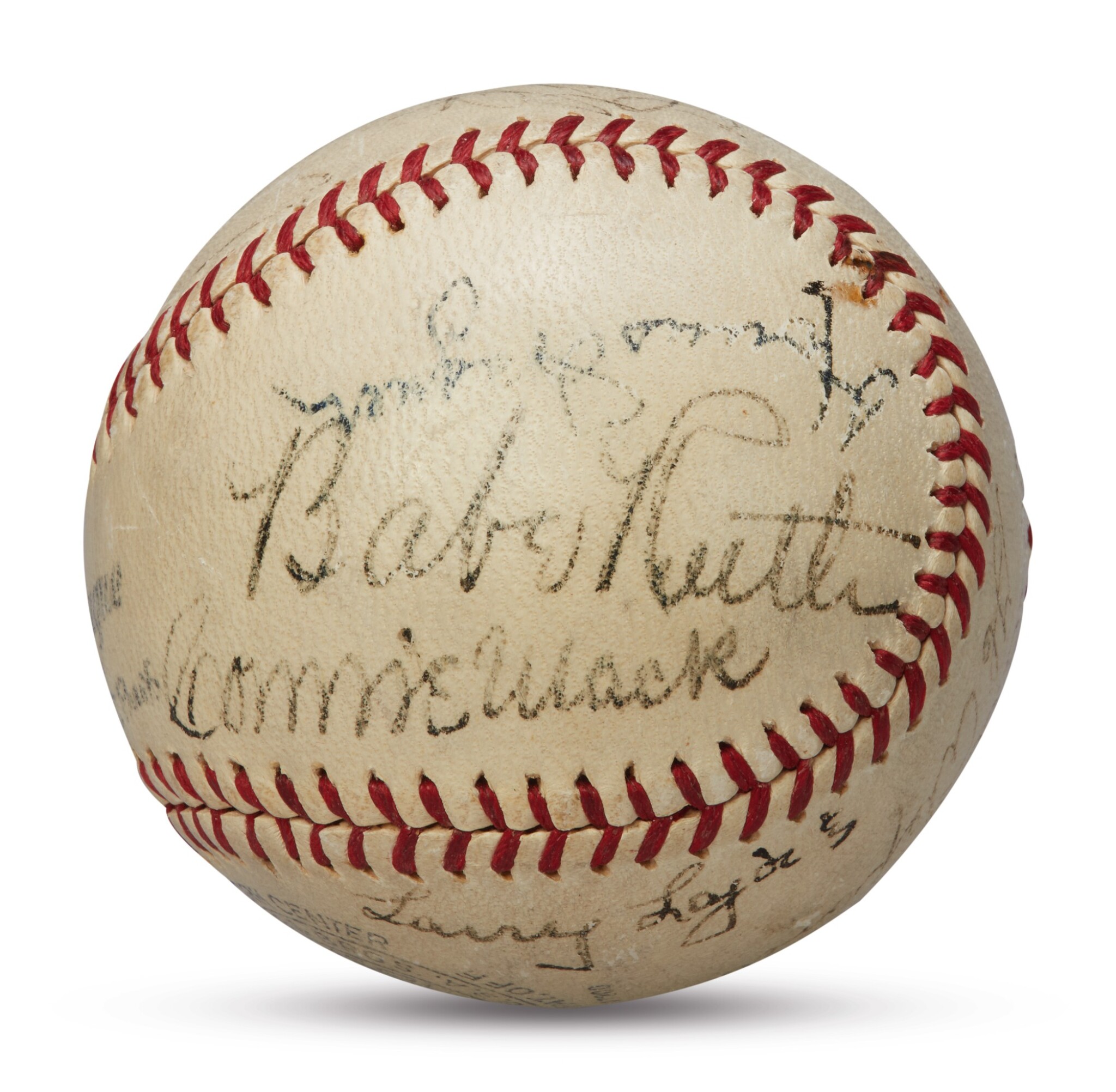 A remarkable signed baseball from the legendary Copeland Collection. This ball could only have been signed on 12 June 1939, the day of both the opening of the National Baseball Hall of Fame and Museum and the first induction ceremony of elected honorees.

The baseball is signed by all then-living members of the inaugural Hall of Fame Class of 1936: Ty Cobb, Walter Johnson, Babe Ruth, and Honus Wagner (the other original member, Christy Mathewson, had died in 1925). The ball is also signed by three members of the 1937 class (Napoleon Lajoie, Connie Mack, and Cy Young); Grover Cleveland Alexander, from the class of 1938; and Eddie Collins and George Sisler, both elected in 1939. Lefty Grove (elected to the hall of Fame in 1947) and Dizzy Dean (1953) were in Cooperstown for an exhibition game at Doubleday Field that was part of the day-long celebration.