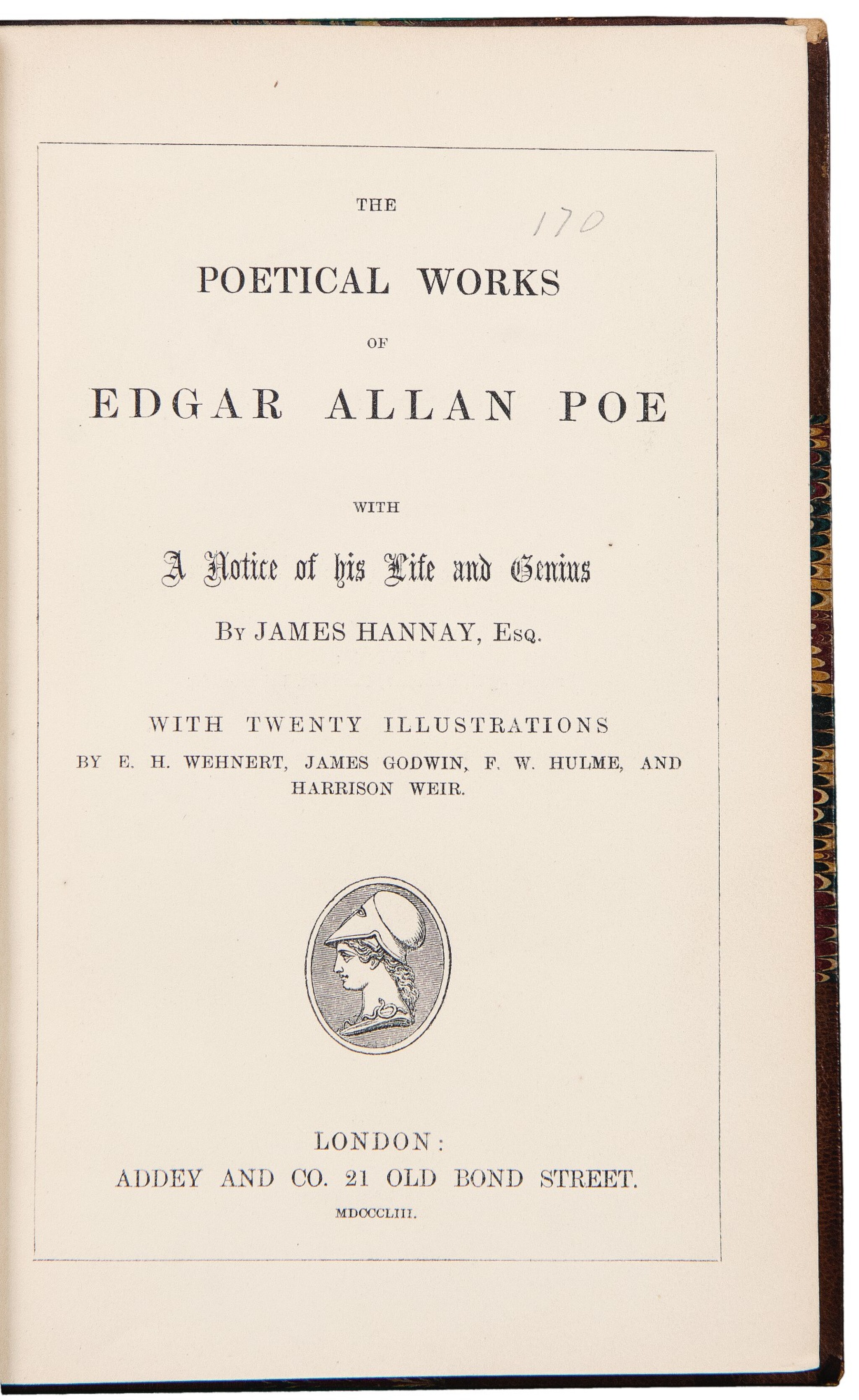 THE POETICAL WORKS OF EDGAR ALLAN POE. WITH A NOTICE OF HIS LIFE AND GENIUS BY JAMES HANNAY. LONDON: ADDEY & CO., 1853

Poe and Dickens corresponded and even met in person in Philadelphia during Dicken's 1842 American tour. Literary influences between the two abound, most notably with many believing that the inspiration for Poe's The Raven (1845) being directly drawn from Dickens's raven Grip in Barnaby Rudge (1841). Poe authored favorable reviews of several of Dickens's stories, and after their meeting, Dickens made efforts on Poe's behalf to find a publisher for Poe's Tales in England. On his second tour of America, nearly twenty years after Poe's death, Dicken's even paid a visit to Poe's mother-in-law, gifting her fifty dollars in remembrance of Poe.

The present volume constitutes the first separately-published, complete collected edition of Poe's poetry, includes eleven works not found in Poe's The Raven, and other Poems. It further includes an introductory essay and biography of Poe by James Hannay, who dedicated the edition to Dante Gabriel Rossetti.

Eight years after his death, Dickens' Gadshill library was purchased en bloc by Henry Sotheran & Co., and the 1,020 books—including the present volume—were offered in their November and December 1878 Price Current of Literature catalogues.