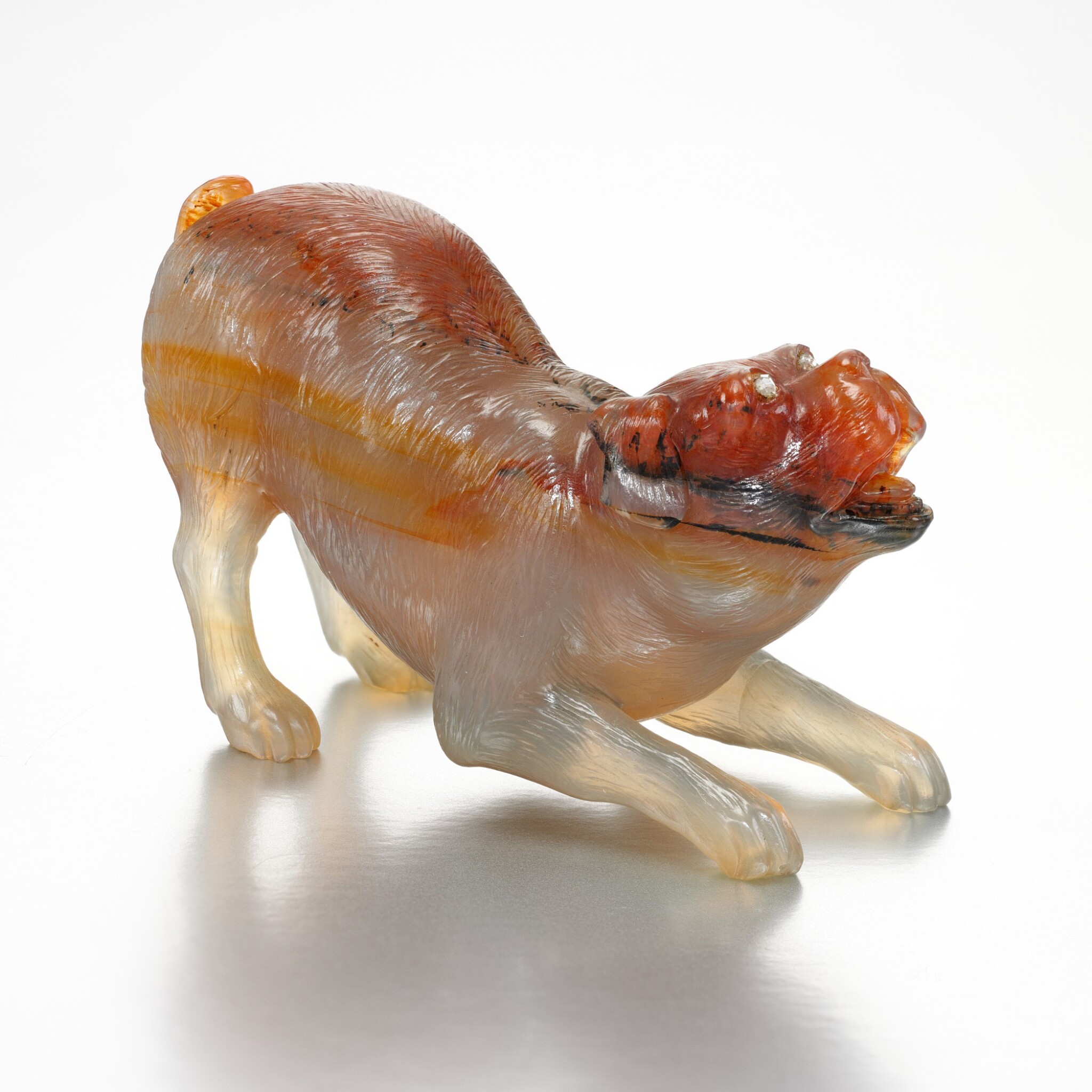 Intrinsically charming and representative of the highest level of craftsmanship, the animals in the present collection have many corollaries in the Royal Collection, including this playful dog whose pose is reminiscent of a grey chalcedony model of a dog (RCIN 4044) from the Sandringham commission.

It was of the greatest concern to Fabergé’s craftsmen that the perfect mineral specimens, of the right colour and markings were sourced for each individual study. In the present study of a crouching dog, the bands of agate are a perfect honey colour and run horizontally to thoughtfully bring the study to life. The carving itself works with the natural light and dark striations of the agate and the dog’s body undulates to accommodate the stone.

In addition to sourcing stones in Russia, Fabergé also supplied hardstones coming from Idar-Oberstein’s lapidaries, in Germany. These mines were known for being the most famous area for agate deposits, from which specimens have been collected since 1548. As can be seen in the present model of a dog, agate is a very large quartz specimen of many colours and is often banded or striped, which creates colour patterns and striations within its translucent carving.

While not all the talented sculptors who worked for Fabergé are known, central to the Sandringham commission was the Fabergé sculptor Boris Frödman-Cluzel (b. 1878), who joined the firm between 1903 and 1906 and was lauded in the St Petersburg press for his high level of skill in a review of an art exhibition in 1907: