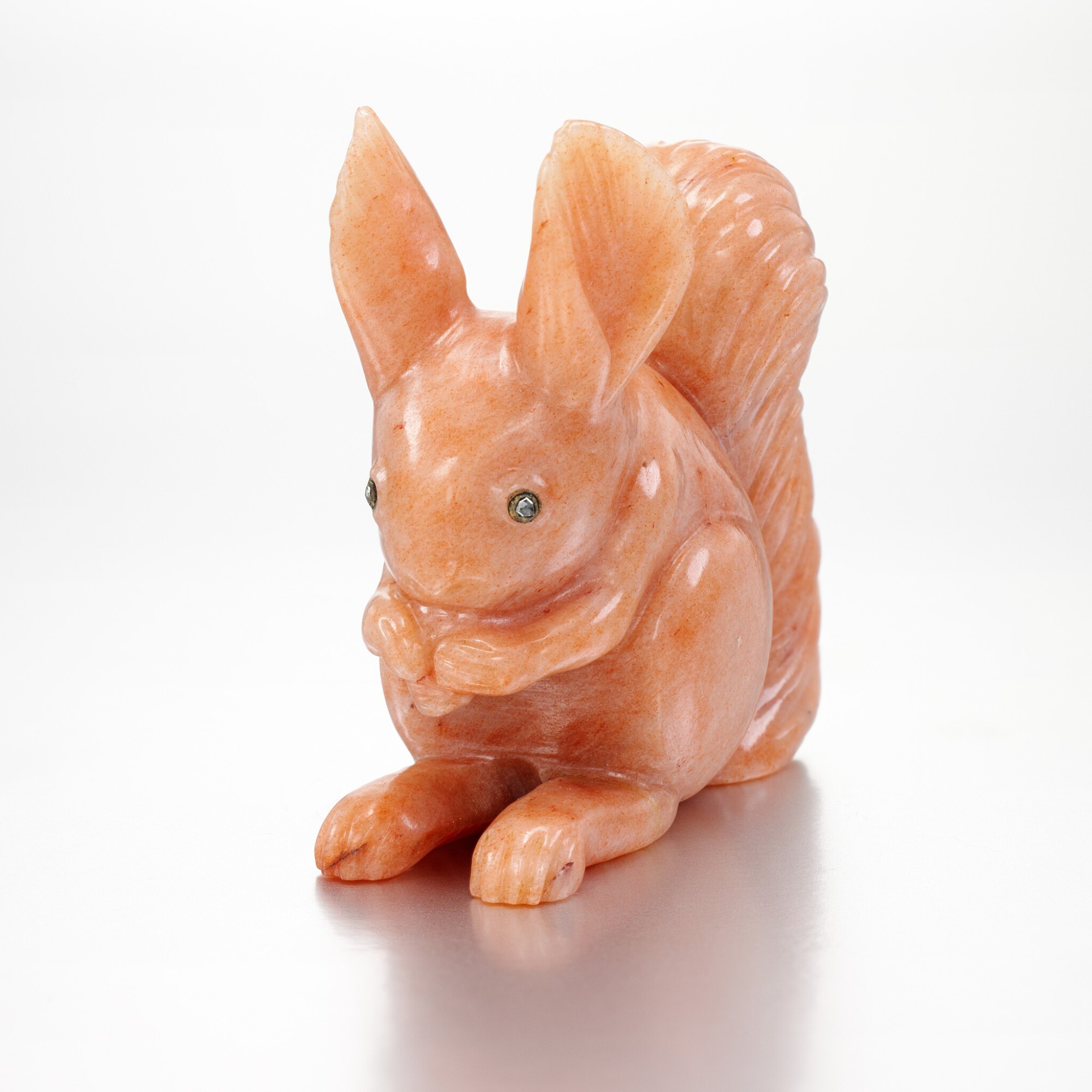 For a similarly modelled agate model of a squirrel eating an acorn from the Lindemann Collection, please see G. von Habsburg, Fabergé Cartier, Rivalen am Zarenhof, Munich, 2003-2004, n. 662, p. 344. A further related example of a Cartier squirrel in agate, dated circa 1906 is included in O. Bachet and A. Cartier, Cartier, Exceptional Objects, Paris, 2009, p. 93.

As rivals for Imperial, Royal and wealthy patronage, the present squirrel is a notable example of the way in which Fabergé animals, flowers and desk accessories inspired Cartier objects. Having seen the success of Fabergé, Pierre Cartier made several trips to Russia in 1904 and 1905 to buy enamel and hardstone carvings and generate relationships with local workshops. Soon after, animal studies emulating those of Fabergé were created by the firm and a Cartier inventory from 1907 registered over 200 kinds of hardstone animals.