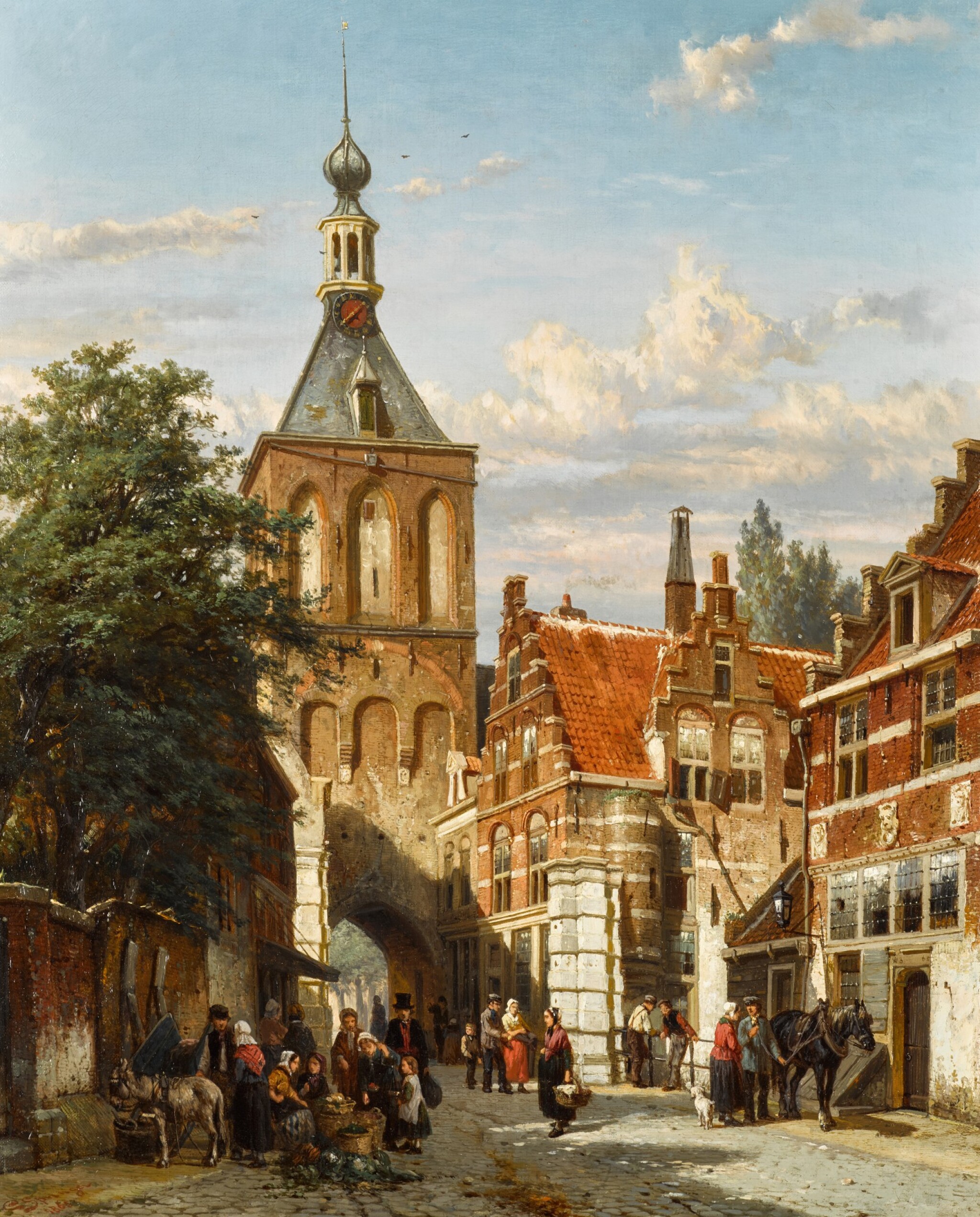 The canvas has been relined. Ultra-violet light reveals small, scattered finely applied strokes of retouching primarily in the sky. This work is in good overall condition and ready to hang.

Cornelis Springer remains unchallenged as the leading Dutch painter of townscapes. Born into a family of carpenters and building contractors, he was gifted with a solid knowledge of architecture. His elder brother Hendrik Springer, a professional architect, taught him the principles of architectural drawing and perspective, which would tremendously benefit his skills as a painter of the urban landscape. After completing his studies at the Amsterdam Academy in 1835, Springer became a pupil of Kasparus Karsen, a well known painter of town views. Contrary to his teacher Karsen, who painted fantasised townscapes (so-called capriccio's), Springer strove for topographical accurate views, discovering that these were much more in demand.

The town of Culemborg with its richly decorated facades and famous city gate features prominently in the work of Springer. Six paintings are known, of which the present work is undoubtedly the most attractive. It depicts a view of the Binnenpoort, built in 1557 and one of the most picturesque spots in Culemborg. As ever, the artist depicts a lively figural scene with many people in animated conversation as they go about their day to day lives. The whole scene bathes in a warm sunlight, with a fascinating play of sunlit and shaded areas.