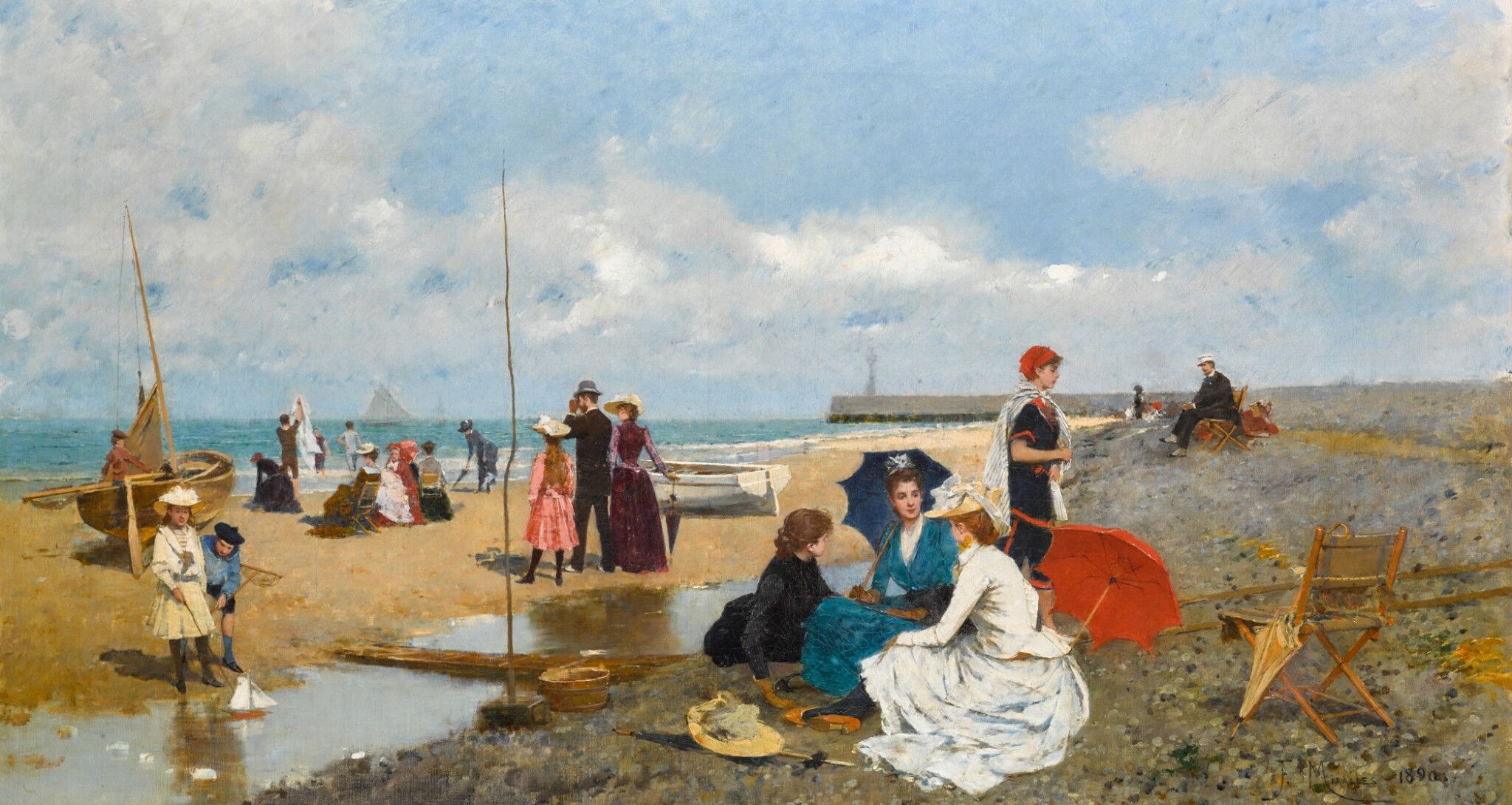 This work is in good overall condition and ready to hang. The canvas is unlined and there appear to be c. 4 small restorations visible on the reverse. There is a pattern of faint hairline craquelure overall (including a faint stretcher mark), which appears to be stable, and a minor indentation in the canvas in the shoulder of the standing man to the left. The paint surface is well preserved overall, though some distant details (such as the sailing boat, tower on the pier etc) appear to have been abraded. Ultra-violet light reveals some signs of retouching which are minor given the overall size of the work, notably a repair between the legs of the chair, a small area to the right of the chair (c. 1 by 3cm), three small spots in the sky, and a few fine lines of inpainting on the central figure group and to the boat on the left.

As the nineteenth century progressed, urban dwellers discovered the pleasures of holidaying by the sea. During the 1870s and 1880s fashionable resorts such as Paris-Plage Le Touquet and Trouville sprang up all along France's northern coast, and Miralles was among the many artists, including Boudin, Degas, Monet, and Manet, to portray this new subject matter.

In this sweeping view, Miralles captures a group of Parisian holidaymakers enjoying an afternoon on the beach at low tide. Some have set up their deck chairs close to the water's edge to look out to sea, a lady combs the beach using her parasol to sift through the sand, children float their toy boat in a tidal pool, and three ladies converse in the foreground. Beside them stands a crab trap with its distinctive pole to mark its position at high tide.

Miralles was born in Valencia, but moved to Paris with his family in 1866, remaining in the French capital for the next 27 years and becoming a leading member of the Spanish school there. His fellow countryman Eduardo Zamacois introduced him to the prestigious art dealer Adolphe Goupil, who commissioned numerous works and steered him towards the subjects of elegant society for which he became best known.