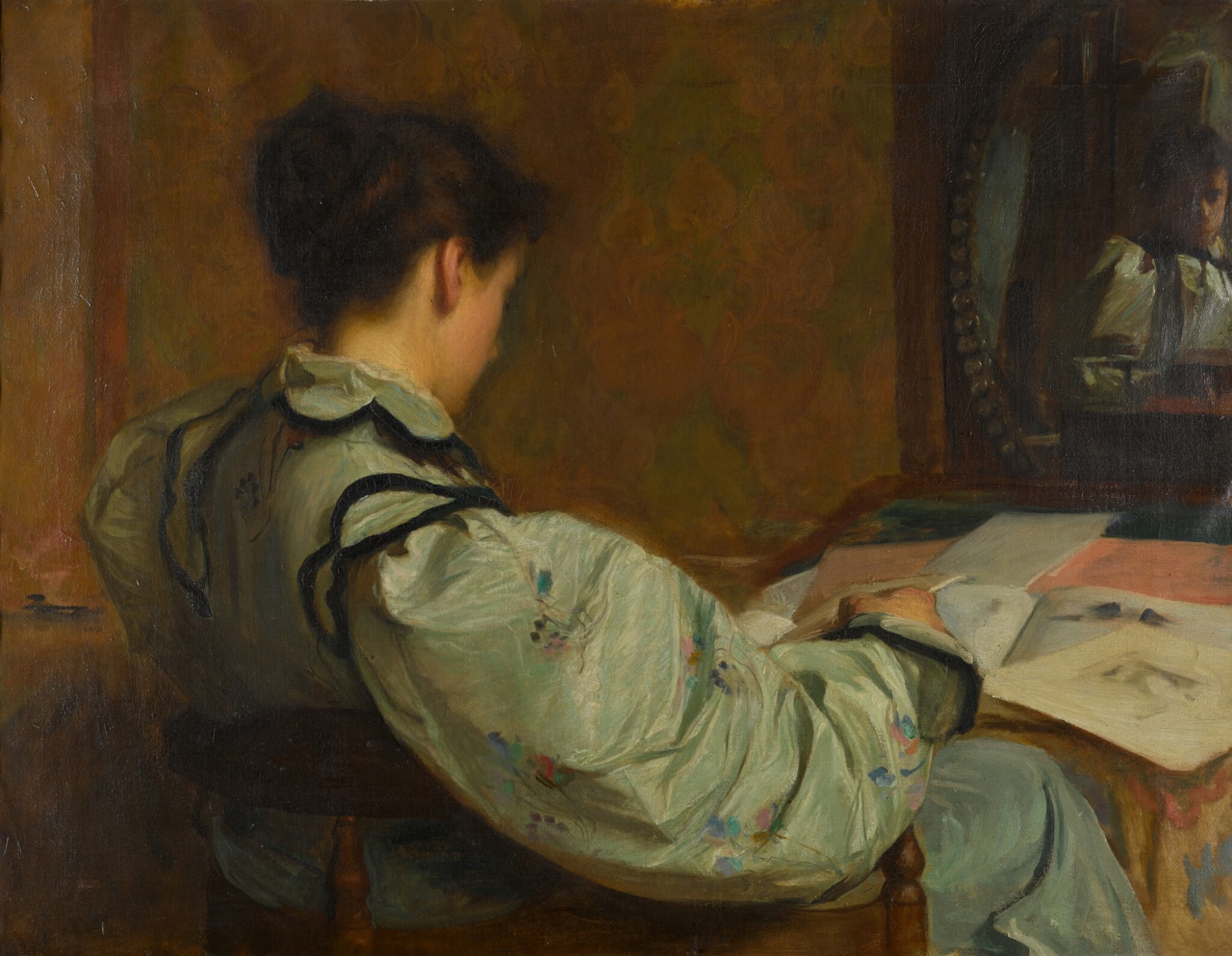 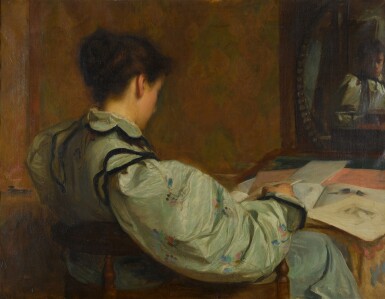 bears an inscription Portrait of Miss Alice Watson/ by her brother G. S. Watson/ painted & exh at RA 1894 on the remnants of a label attached to the reverse

The picture is unlined and the original canvas is providing a stable structural support. The canvas is a little slack and may benefit from being re-stretched. There is horizontal cracking caused by the upper stretcherbar and a fine craquelure pattern, noticeable above the sitter's shoulder. The paint surface is a little dirty and would benefit from a light clean.

Given by the artist to his sister and thence by descent until 2020 when donated to the charity
London, Royal Academy, 1896, no.215
London, Whitechapel Fine Art Exhibition

Alice Spencer Watson would have been in her twenties when her brother George painted this beautiful portrait of her in 1894. The Spencer Watson family lived in London and were moderately wealthy - her father William Watson was a surgeon. One of her brothers, Burton, became a tea-planter in Assam and another brother, Oliver Cyril, was awarded a posthumous Victoria Cross. Alice’s older sister Florence married a baronet in the village of Wargrave-on-Thames and their other sister Amy became an Anglican nun. According to a story in the Spencer Watson family, Alice, as the last of the siblings to remain at home was expected to stay to keep her widowed father company. However she had other ideas and employed an attractive woman to be housekeeper for the old gentleman, with whom he fell in love and married. This plan freed Alice to live with her sister Florence in Wargrave, where she met and married the local doctor John McCrea,in 1907. This portrait of the young Alice, painted as a sign of affection by her brother, hung in the sitting-room of her home in Wargrave. She had always loved beautiful objects and clothes and her brother painted her dressed in a fashionable gown, leafing through watercolours and sketches to suggest her taste and refinement.

George Spencer Watson was one of the leading portrait painters of the Edwardian period and after. His portraiture has a glamorous and elegant quality, which was both modern and reminiscent of Renaissance precedents. His A Lady in Black of 1922 and Hilda and Maggie, a beautiful portrait of his wife and dog painted in 1911, are now at Tate, whilst other fine examples of his work can be found in the public collections of Bournemouth, Liverpool, Wolverhampton, Preston, Plymouth and in the National Gallery of Canada.