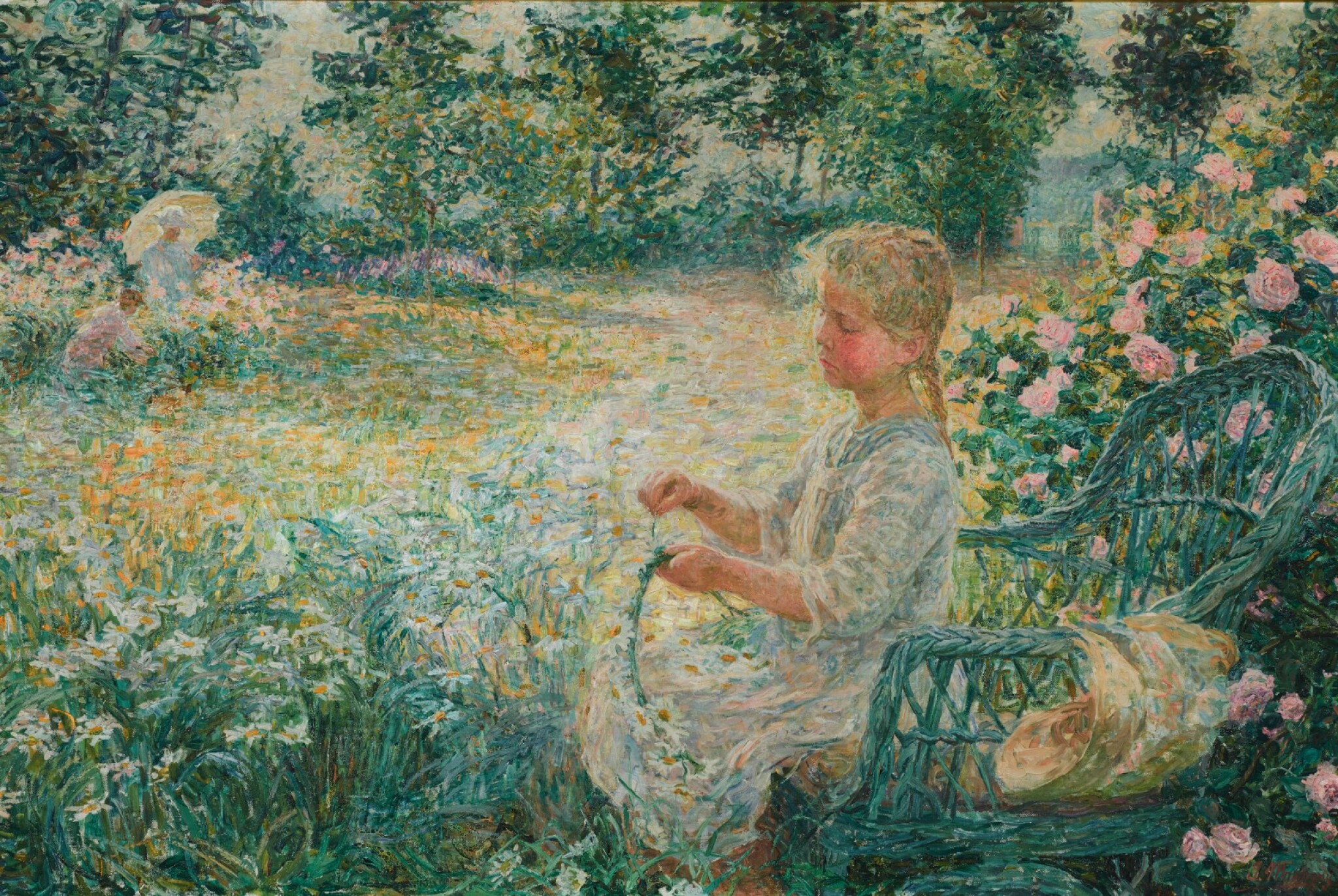 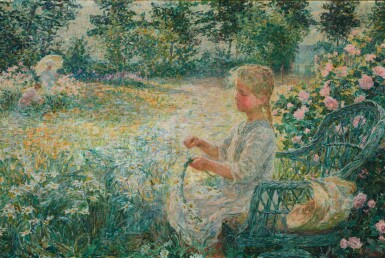 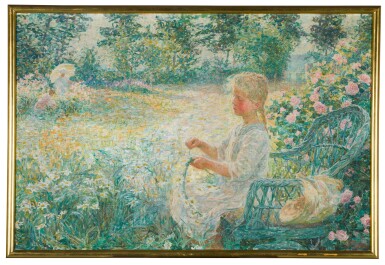 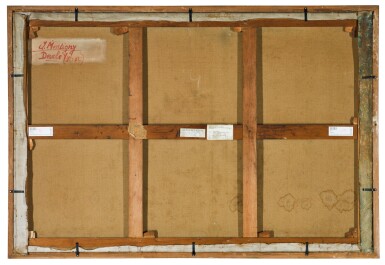 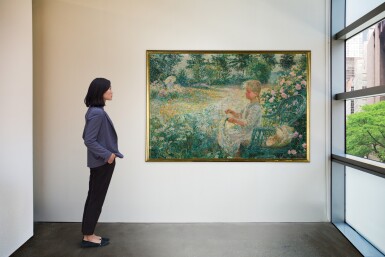 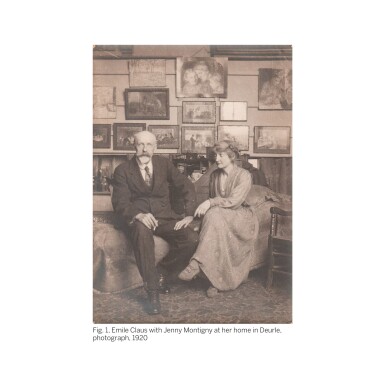 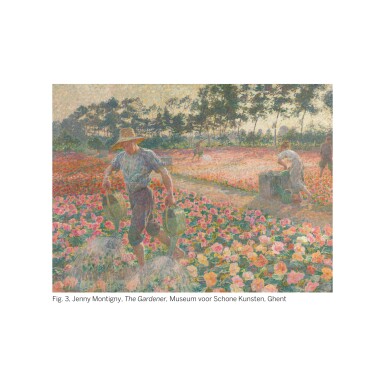 Original canvas. There is some unobtrusive, stable pigment seperation throughout. There are no signs of retouching visible under ultra-violet light. Overall this work is in good original condition, with nice impasto and vibrant colours. However, the appearance could be improved with a professional clean.

By descent within the artist's family

A tour de force of Luminism, the Belgian post-Impressionist movement around 1900, Fille au jardin is also arguably the finest work by the Belgian female artist Jenny Montigny ever to appear at auction. The work has remained within the artist's family, and was last seen in public in an exhibition devoted to Montigny and two other female artists of her generation in 1988.

Depicting a carefree summer’s day, the painting’s luminous, idyllic quality is achieved by a highly energetic pattern of linear brushstrokes, juxtaposed to give a shimmering effect. A founding member of the Luminist movement Vie et Lumière in 1904, Montigny was the favourite pupil of the painter Emile Claus. The two enjoyed an intimate friendship that would last throughout their lives (fig. 1), and their names have long been linked. However as female artists are increasingly being rediscovered, Montigny is gaining recognition in her own right. While she became obscure later in life, Montigny’s artistic career was not without success. She was one of only three female artists in her circle to be honoured with a museum acquisition, as the Fine Arts Museum (MSK) in Ghent acquired The Gardener in 1913. A monumental painting measuring 180 by 245cm, the work is comparable to Fille au jardin in its setting and firework-like brushwork (fig. 2). The group presented in our sale offer an excellent opportunity to rediscover her talent.

Born in Ghent where her father was a law professor at the city’s university, Montigny’s early interest in art was fuelled by an early encounter with The Ice-Skaters by Emile Claus, housed in the MSK. This pivotal experience led her to take private lessons with Claus at his country home Villa Zonneschijn. Unsupported by her parents, who disapproved of her artistic interests, Montigny dared to be independent, and settled at Villa Rustoord in nearby Deurle in 1904. While a number of other female artists emerged at this time, notably Anna de Weert (née Cogen), Montigny was unique in living on her own, with neither a husband nor her parents. She made her debut at the Ghent Salon in 1902, and was a founding member of the Vie et Lumière group. During the First World War Montigny (like Claus) moved to London, exhibiting with the Women’s International Art Group at the Grafton Galleries.