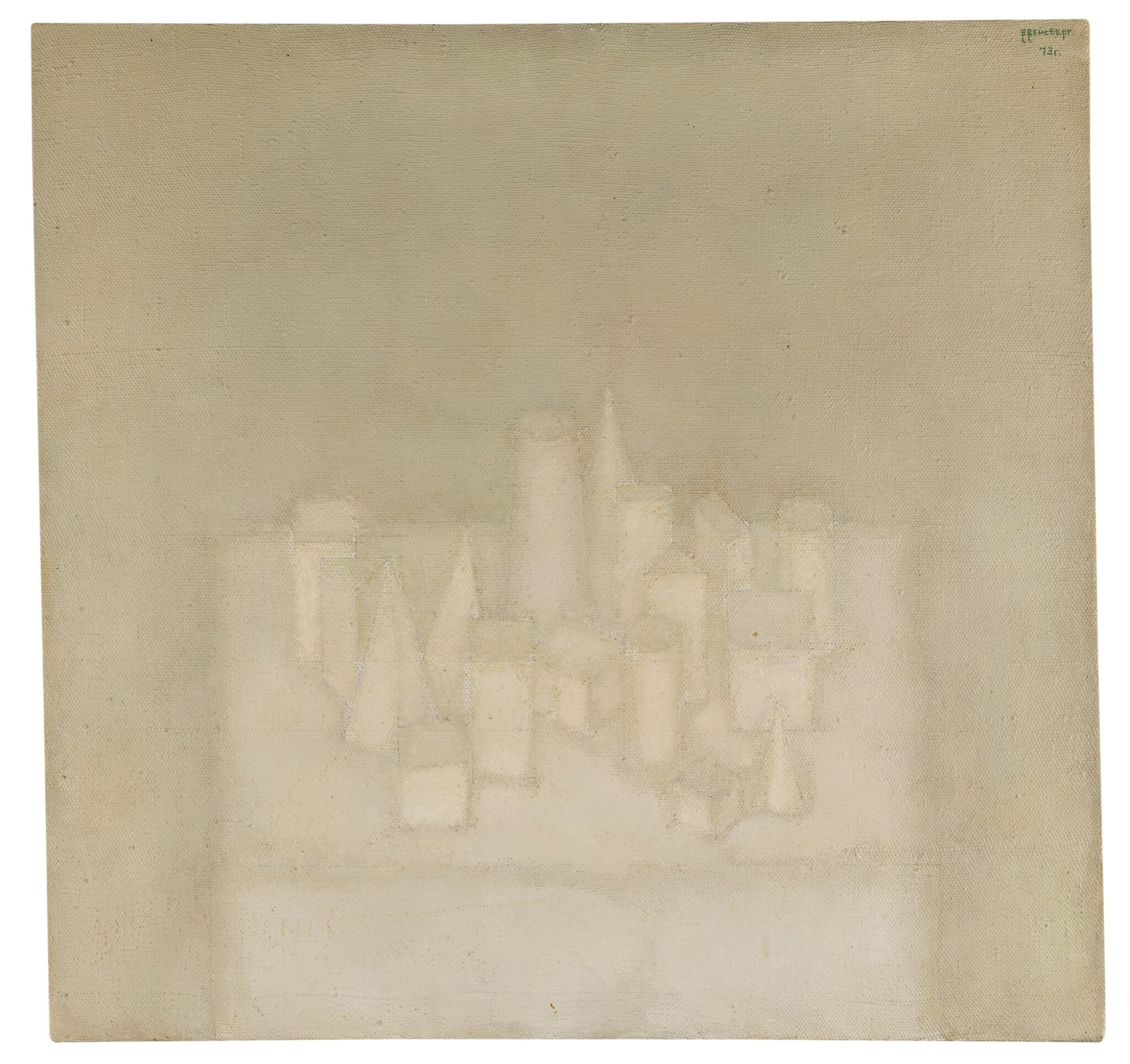 signed in Cyrillic and dated 73 t.r.; further inscribed with the artist's notes on the stretcher

Original canvas on its original stretcher. There is a layer of surface dirt with stains and flyspecks in places, as well as a drip mark in the lower right. Inspection under UV light does not reveal any obvious signs of restoration. Held in a wooden strip frame.

The present work comes from the collection of the French diplomat and collector Elfrida Filippi. Born in in the mountains of Corsica, Filippi first came to Moscow in 1974 where she was appointed cultural attaché by the French Embassy in Moscow. ‘Beautiful, elegant, charming when she likes you, icy-cold when she doesn’t (…) Her quick determination, readiness to face all fears, reluctance to let anyone down, keen interest in Russia… She carried herself well in dangerous situations, disarming all with her smile and grace’ – recalled the famous Russian dissident and intellectual Natalia Stolyarova. It was during Filippi’s first visit to Moscow that she befriended Vladimir Weisberg and fell in love with his work. ‘In a post-Khrushchev era when officials were still fighting “abstraction and formalism”, when no museum would exhibit, let alone buy his work, she quietly began her own collection.’ (quoted in Wladimir Weisberg: collection particulière Elfrida Filippi, Moscow 1997). Over the course of her diplomatic career in Russia, Elfrida Filippi amassed the greatest private collection of Weisberg’s work.

Chaos is a beautiful example of Weisberg’s so-called ‘white on white’ style, the purist aesthetic of form and shade which the artist developed in the 1960s. Influenced to a degree by European post-war abstraction, Weisberg sought to express the harmony of the world through his painting. 'If we had perfect eyesight, we would not be able to tell objects apart. We would see nothing but pure harmony' (the artist quoted in K.Muratova, Vladimir Veisberg. Dvadtsat’ vyskazyvanii, 2000).