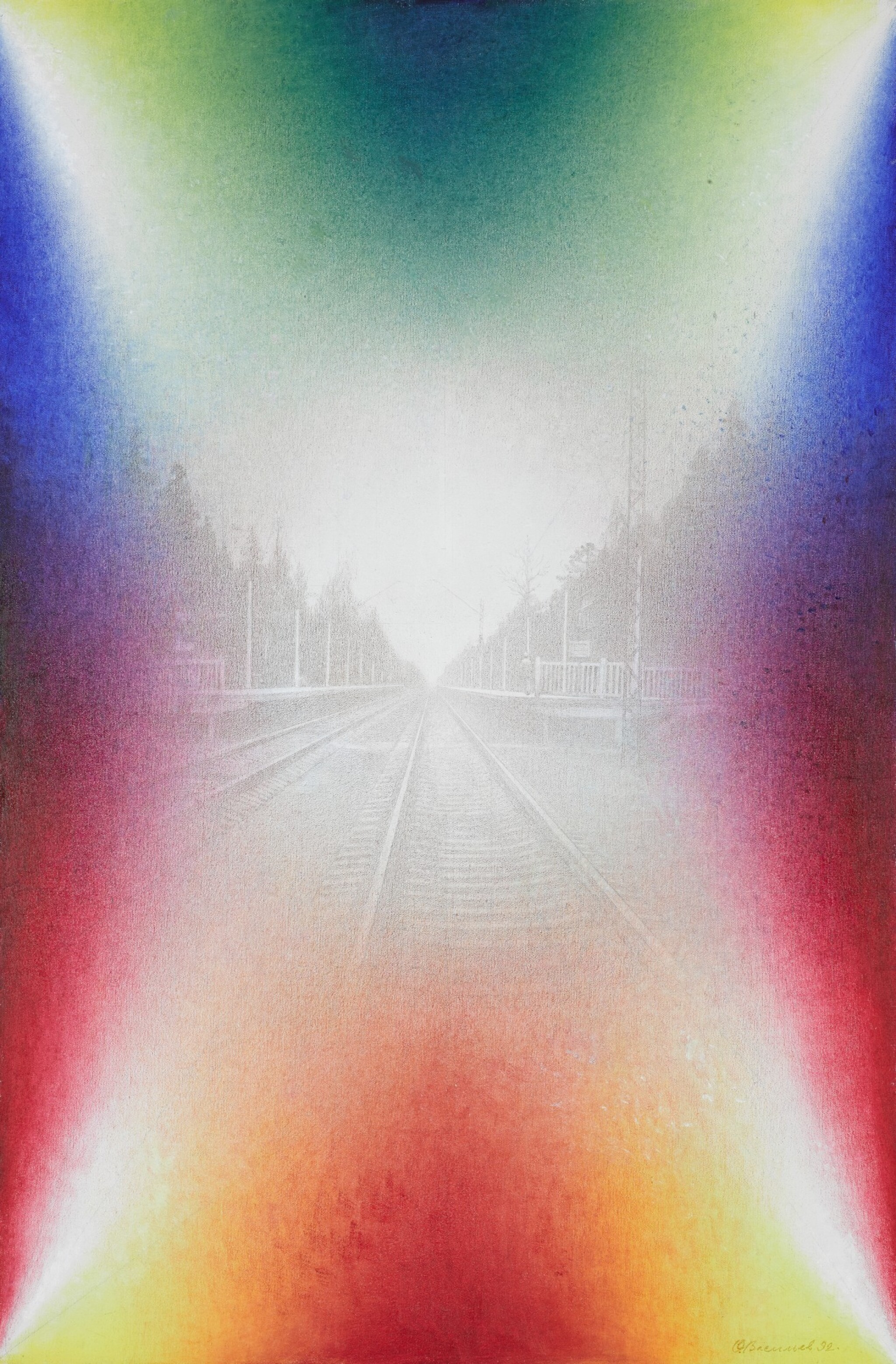 signed in Cyrillic and dated 92 l.r.; further signed and titled in Latin and dated on the reverse

oil over pencil on canvas

Original canvas. There is a light layer of surface dirt, otherwise in excellent condition. Inspection under UV light reveals no obvious signs of retouching. Framed.

Even before his emigration to the United States in 1990 in his late 50s, one of the main themes of Vassiliev’s work was restoring sensory memory and emotions through pictorial space. To achieve this sensation the artist makes dramatic use of light, which plays a central role in his work, often quite literally. As the light comes from the past, it illuminates that which is not part of the present moment. For Vassiliev, light was the very essence of memory.

The title of the present lot, 55km from Moscow, is a reference to the then eponymous train station on the Moscow-Yaroslavl line. In Russia, train stations are often named according to the distance that separates them from their terminal station but ‘Platform of the 55th Kilometre’ was of particular significance for its proximity to Abramtsevo, the artists’ colony and centre of the Slavophile movement. In this work it is therefore Abramtsevo and everything the place stands for in the collective Russian cultural consciousness that represents the illuminating light of the past. In 1993 the station was renamed Radonezh in 1993 honour of St Sergius of Radonezh and the nearby village.