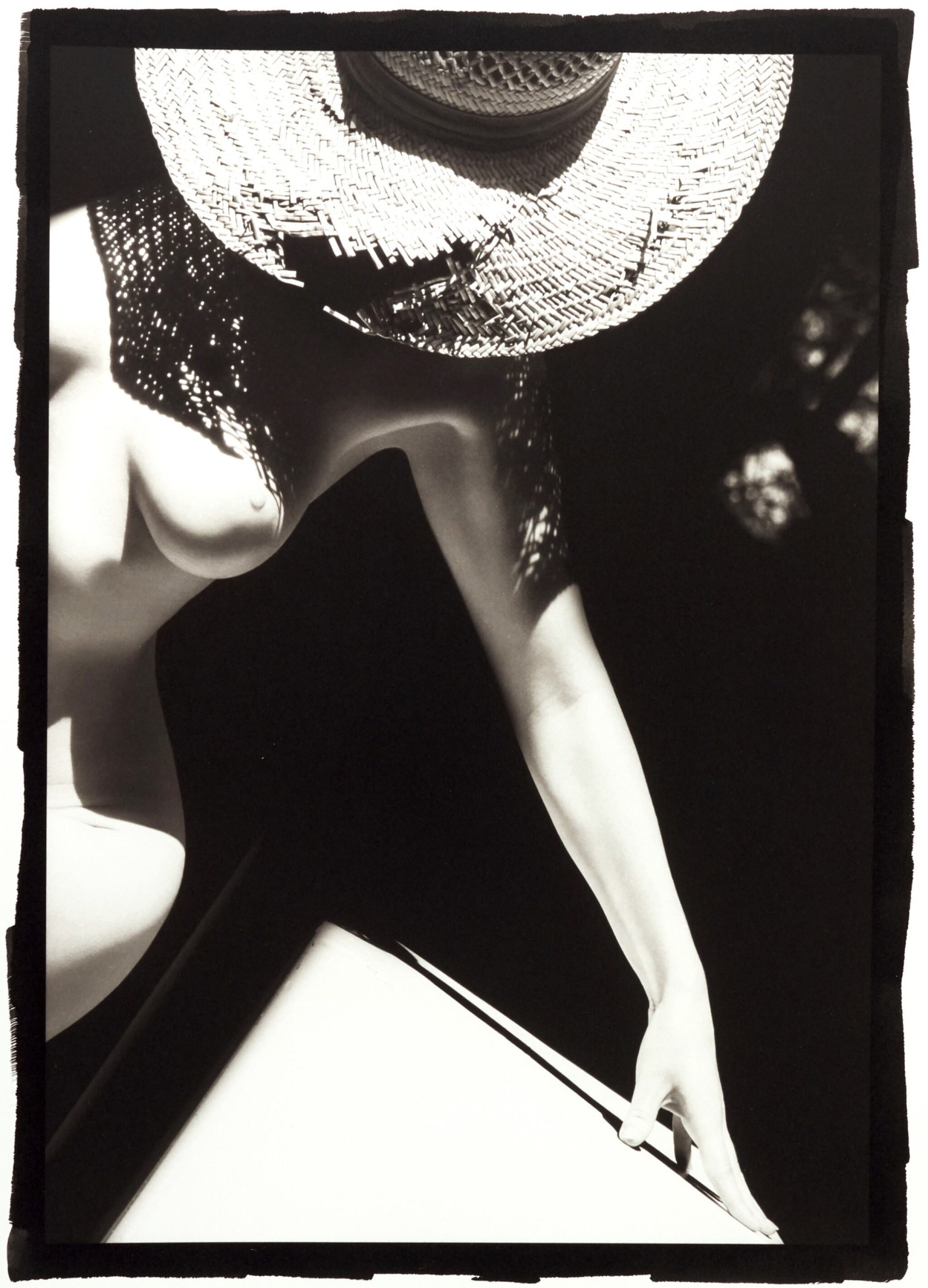 WILDCAT HILL III (FROM THE SERIES IMAGINING TINA: A DIALOGUE WITH EDWARD WESTON), 2018

Platinum print. Signed, dated and numbered 1/5 in black ink in the margin. With a signed gallery label bearing information about the work affixed to the back of the frame. Framed.

This platinum print is in overall excellent condition with deep rich tones. Printed on Arches platine paper. Unexamined outside the Artist's frame. Framed.

Acquired directly from the Artist by the present owner.

In May 2017, while on an expedition to find inspiration, photographer Maryam Eisler found herself near Carmel in California. This place was very special as it was none other than Wildcat Hill, photographer Edward Weston’s house. She spent four days with Kim Weston, the grandson of the latter, exploring the personal spaces of Edward and retracing his steps.

Eisler soon was drawn to reimagine the late Weston’s and Tina Modotti’s tumultuous affair. As Eisler puts it, “It is the passion in their relationship and the role of Tina as muse, temptress, collaborator and instigator that has intrigued me for years. While photographing at Weston’s home surrounded by the history, I found that I began observing the body with an emphasis on purity of form and extracting an essence of the sublime feminine through shadow and light”. As a result, all of the works in this series Imagining Tina: A Dialogue with Edward Weston, for which Wildcat Hill III is a great example, are visual interpretations which embody the fine line between lust and trust, the untouchable and the intimate.

This striking print goes deeper into the photographic realm that what might at first seem obvious. Printed on Arches Platine paper, this piece is a platinum print, printed by Martin Axon. In 1980, Axon set up a platinum printmaking studio in Camden and was commissioned to print works by photographers such as Paul Joyce and John Swannell. A few years later after setting up another studio in New York, he worked alongside the French Arches mill to produce this exquisite Platine variety which has now become one of the most reputed papers for platinum photographic prints. Axon is one of today’s printing masters and has printed works for Robert Mapplethorpe, Bert Stern, Horst P. Horst and Annie Leibovitz, amongst many others.