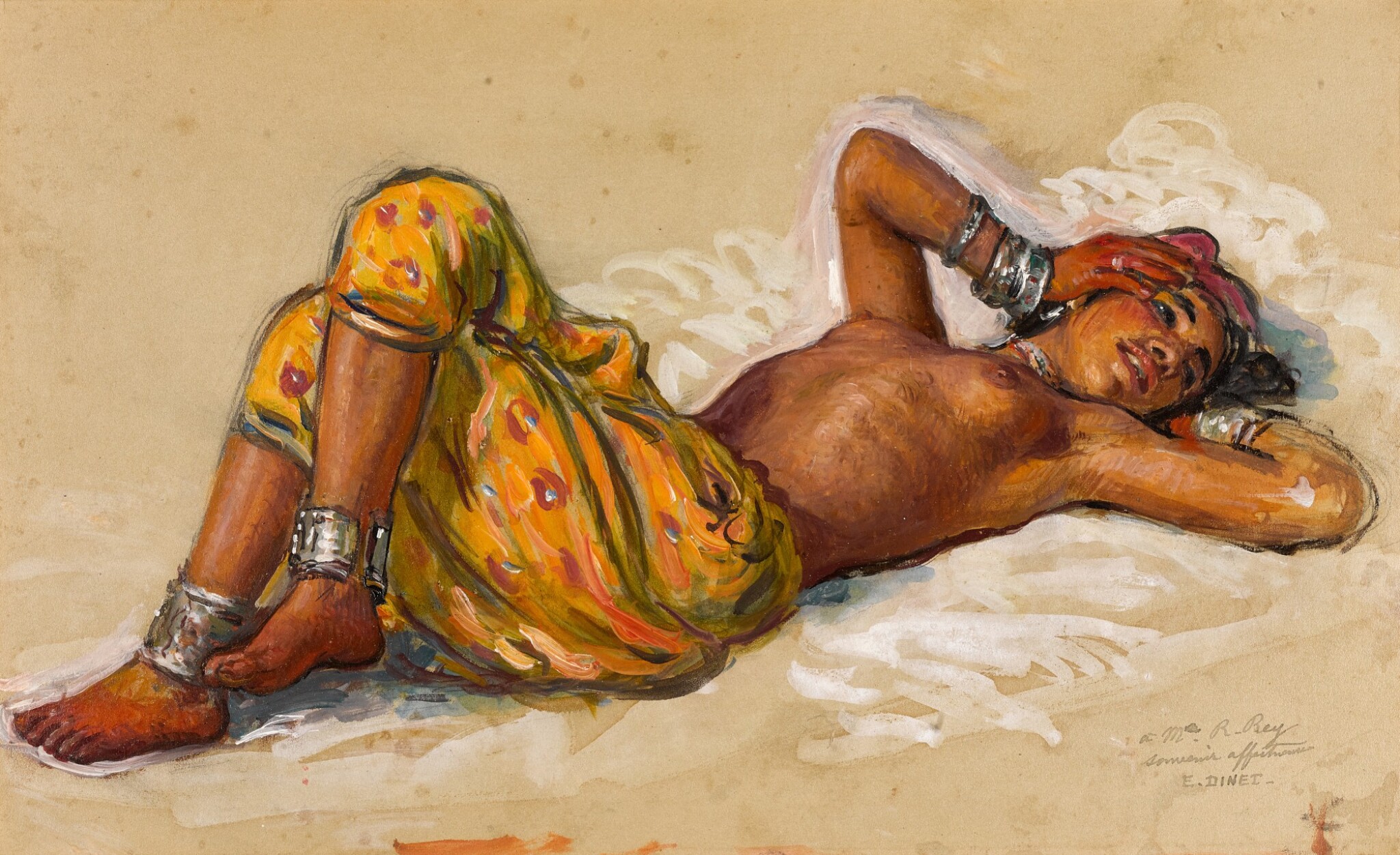 oil and gouache on paper laid on canvas

The artist's sheet has been laid onto a canvas which is securely attached to a keyed wooden stretcher.

The sheet is somewhat yellowed and has some scattered brown stains throughout. However, these are not too distracting to the naked eye. The main composition is in very good condition and no sign of restoration is visible.

This work is ready to hang.

The present work appears to be a study for a larger oil, Baigneuses dans la palmeraie, clair de lune (Denise Brahimi & Koudir Benchikou, La vie et l’oeuvre de Etienne Dinet, Courbevoie, 1984, no. 290), depicting two young Algerian women resting at the edge of a palm grove. Various studies in both oil and pencil were executed for this work, including a study for the sitting figure which was sold at Sotheby's Paris in 2007 for over €90.000.

Dinet’s fascination with Algeria dated from his first visit in 1883. This proved to be a turning point in his career: he returned virtually every summer thereafter, visiting the capital and oasis towns of Bou Saâda, Biskra and Laghouat. In 1904 Dinet acquired a house in Bou Saâda, the closest of the oasis towns to Algiers some 150 miles south-east of the capital, choosing to settle there permanently. In his commitment to the places and people of Algeria, Dinet immersed himself in the life of Islamic north Africa: he spoke Arabic fluently, and in 1913 he converted to Islam, and changed his name to Nasreddin ('Defender of the Faith').