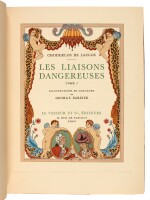 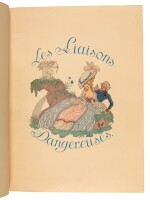 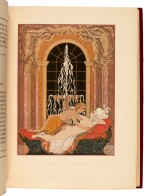 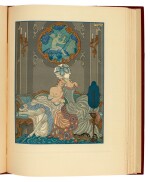 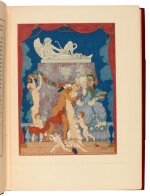 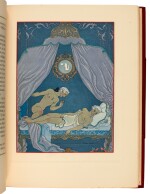 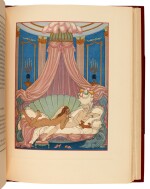 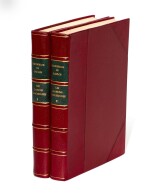 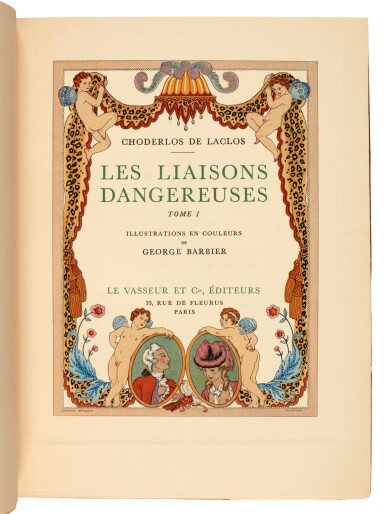 "I resolved to write a book that would be quite outside the ordinary trend, which would make a sensation and echo over the world after I left it" (Choderlos de Laclos)

The novel was banned in France for sixty years from 1815-1875 and held a prominent place on the Vatican Index Librorum Prohibitorum until 1966.

George Barbier (1882–1932) was a French illustrator at the forefront of theatre, ballet and fashion illustration. Receiving both critical acclaim and mainstream popularity for his designs, Barbier and his colleagues, dubbed "The Knights of the Bracelet" by Vogue, defined the illustrative style of 1920s Paris. In 1923 he was commissioned to design the sets and costumes for the Folies Bergère in collaboration with Erte. In 1929, the artist produced a suite of illustrations for Choderlos de Laclos’ infamous novel which was published five years later in this deluxe limited edition.

Over 200 years later, the legacy of Les Liaisons has been an enduring one with triumphant adaptations produced for the theatre, ballet, opera and screen, most notably the 1988 film of the same name, and the later 1999 film Cruel Intentions, which sets the story in the upper echelons of modern-day New York society.