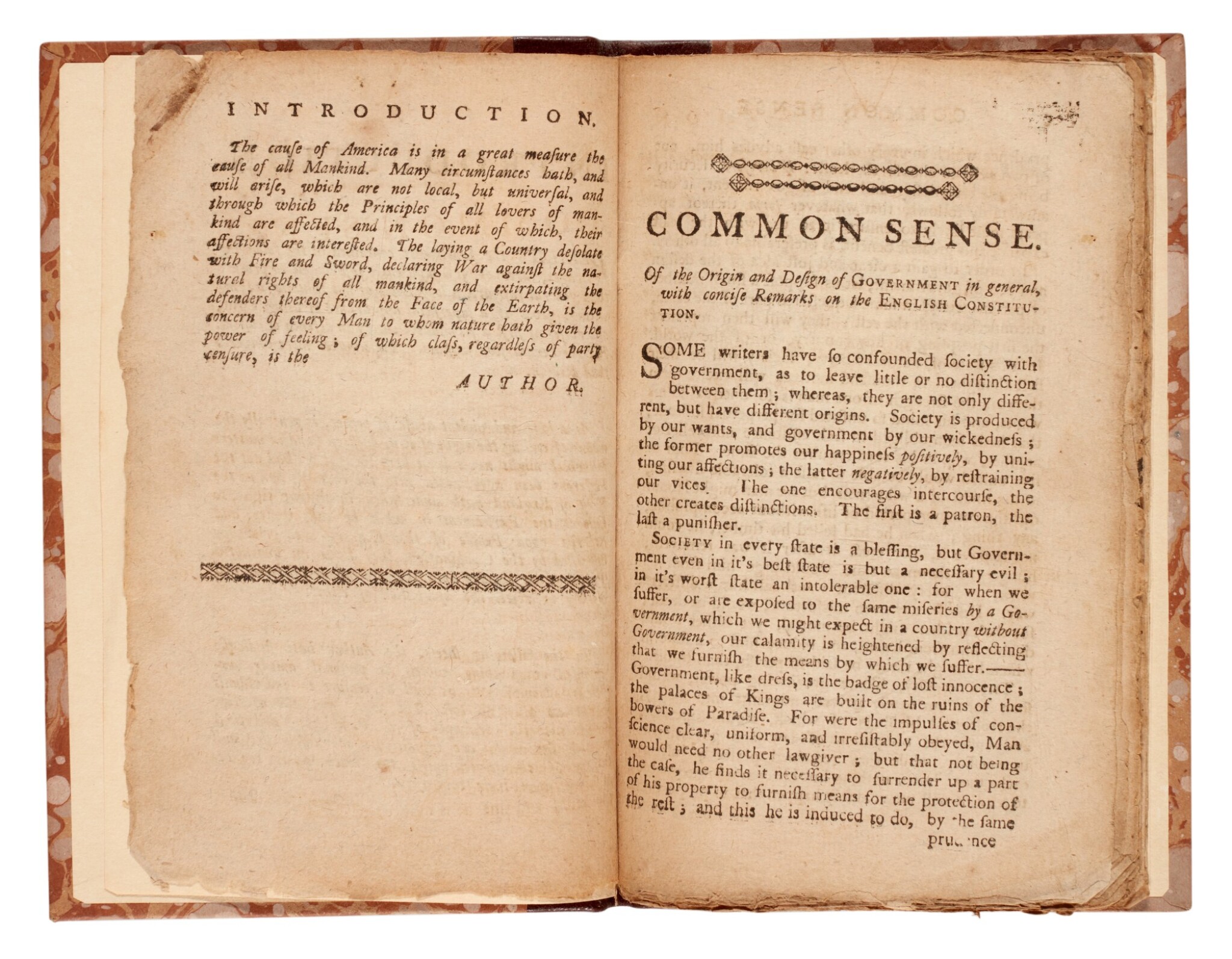 [Common sense; addressed to the inhabitants of America. Norwich, Connecticut: reprinted and sold by Judah P. Spooner, and by T. Green in New London, 1776]

Thomas Paine's anonymous and short but effective attack upon George III and British rule was first issued in Philadelphia in January 1776 and quickly reprinted in many locations from London to Lemgo in Germany. Its complicated printing history has been examined by Gimbel and this edition was reprinted from the original Philadelphia version.