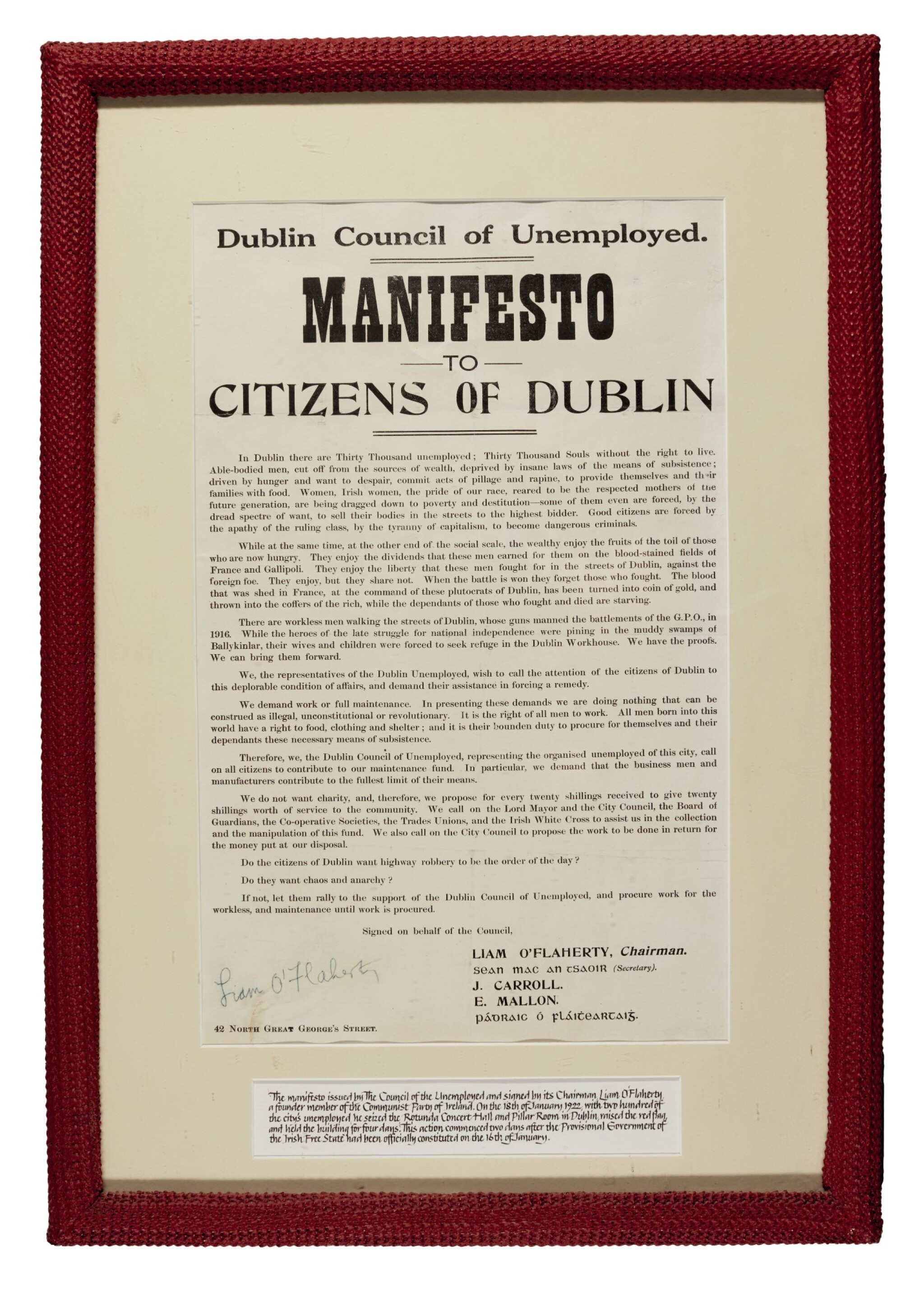 Dublin Council of Unemployed. Manifesto to Citizens of Dublin

O'FLAHERTY'S FIRST PUBLICATION AND AN EXCEPTIONAL RARITY. Liam O'Flaherty was chairman of the Council of the Unemployed, a socialist group of unemployed men who seized the concert hall at Dublin's Rotunda in January 1922. They flew the red flag for four days until troops from the newly formed Irish Free State forced their surrender.

From the collection of the Hon. Garech Browne at Luggala