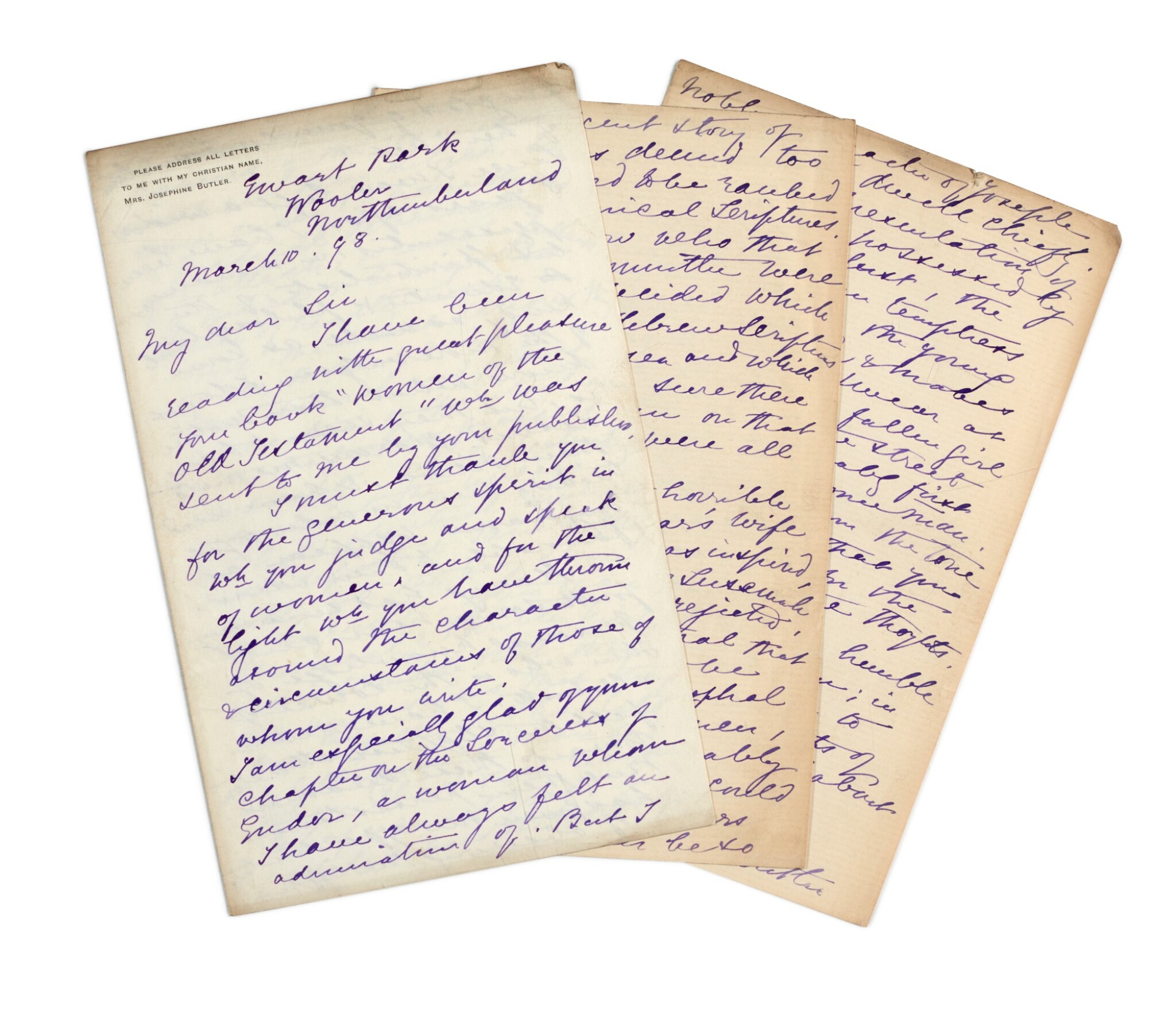 responding to his book, Women of the Old Testament, with a long and impassioned discussion of her feminist and religious beliefs, complaining of attempts by spiritualists to draw her into their world and of her dislike of spiritualism, regretting that the Book of Judith and the story of Susannah and the Elders were relegated to the Protestant Apocrypha ("...I do not know who that Council or Committee were who sat & decided which books of the Hebrew Scriptures were to be chosen and which rejected. I am sure there was no woman on that Council. They were all men..."), and perceiving the malign influence such attitudes have had the hypocritical treatment of women in contemporary society ("...the woman, when not wholly chaste, is the temptress, always, the snake, the Pythoness, the enemy of every pure man..."), in purple ink, 9 pages, 8vo, personal stationery (with printed instruction "Please address all letters to me with by Christian name"), Ewart Park, Wooler, Northumberland, 10 March 1898

A POWERFUL LETTER BY THE MOST CHARISMATIC OF VICTORIAN FEMINISTS. By the time letter was written Josephine Butler had been a leading campaigner for women's suffrage and legal rights for many decades - perhaps most notably the 16-year campaign against the Contagious Diseases Acts, which were used to police prostitution and were finally repealed in 1886. Her political philosophy was a blend of liberal feminism and Christianity. This letter discusses various Old Testament women as positive and negative models, much as she had linked the life of a 14th-century saint with contemporary feminist struggles in her book Catherine of Siena (1878).