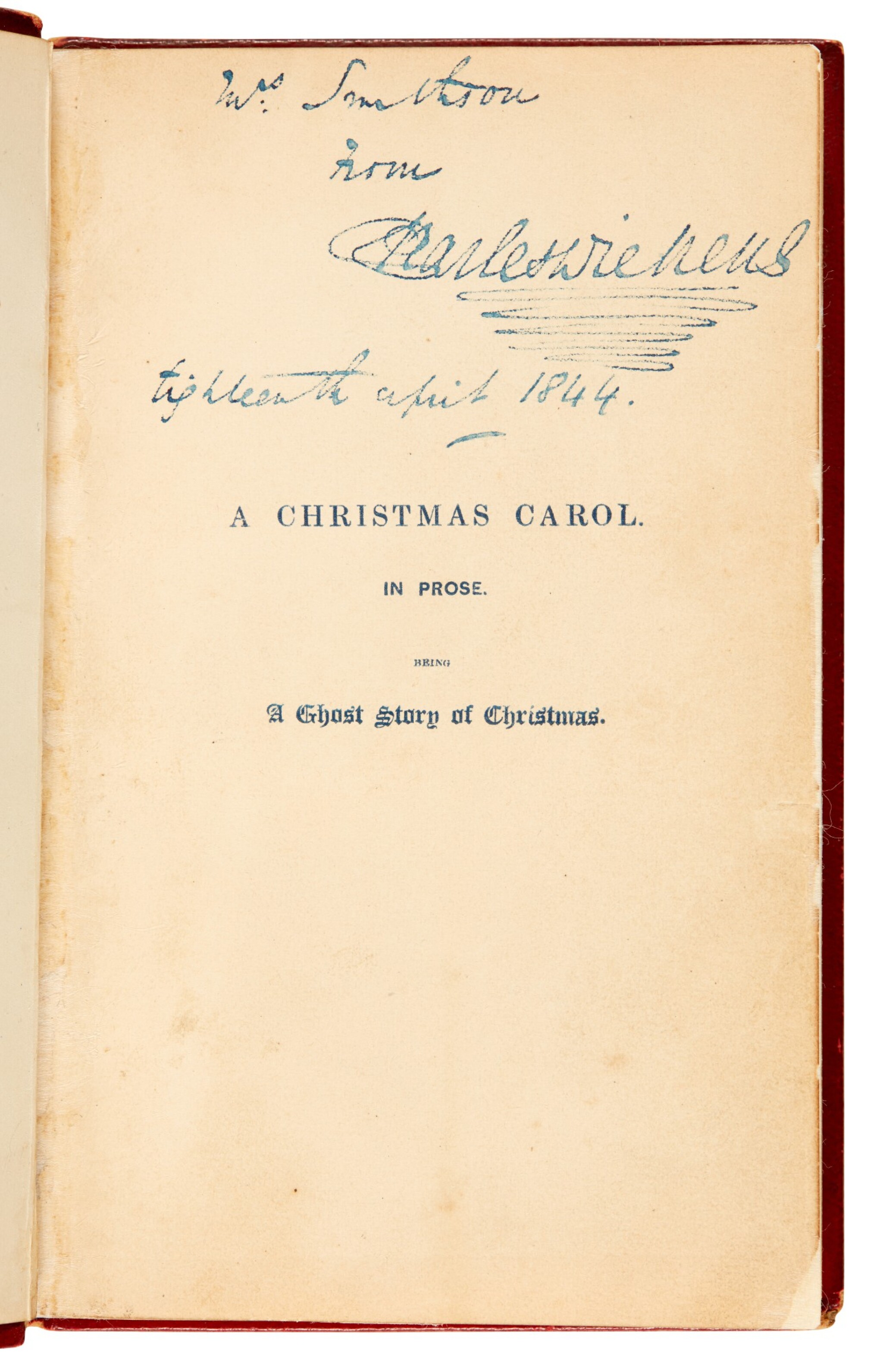 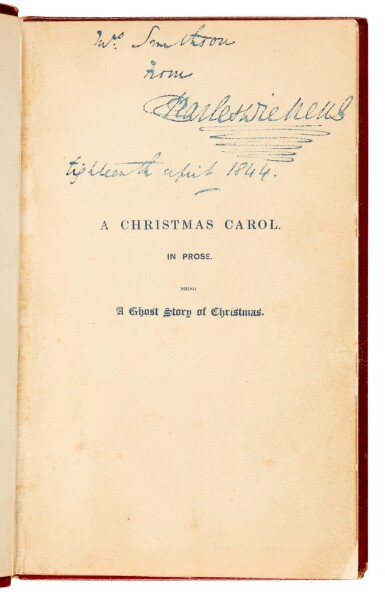 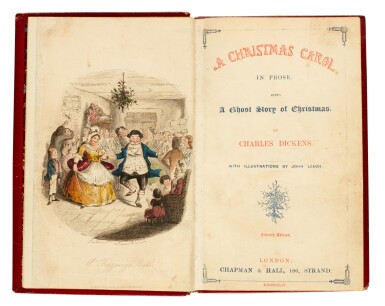 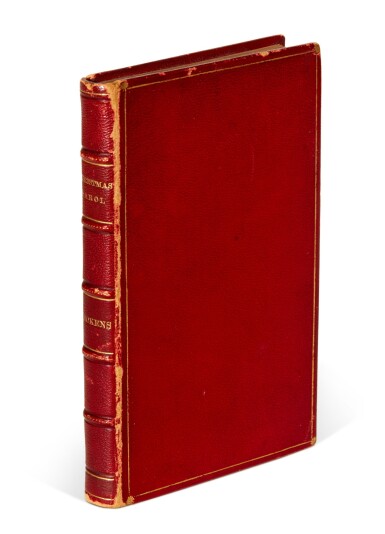 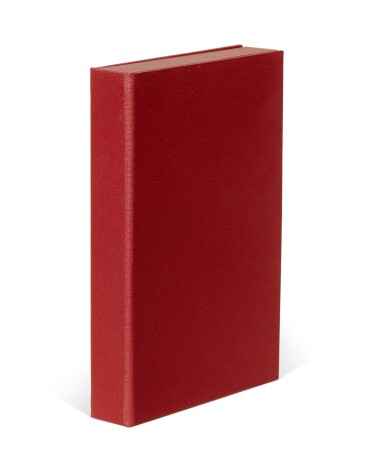 A Christmas Carol. In Prose. Being a Ghost Story of Christmas. Chapman & Hall, 1844

DICKENS' PRESENTATION TO THE WIDOW OF A SOLICITOR WHOSE OFFICE WAS THE BASIS FOR SCROOGE'S COUNTING HOUSE.

Dickens seems to have made the acquaintan

ce of Charles Smithson (?1804-44) around August 1838. He was a partner in the firm of Smithson, Dunn and Mitton, based in Southampton Buildings and acted for Dickens as a solicitor from around this date. After the death of his father and brother, Charles Smithson returned to his Yorkshire roots to look after the family solicitor's firm in Malton.

Smithson was the "professional friend" mentioned in the Preface to the first cheap edition of Nicholas Nickleby in 1848 and Dickens was godfather to Smithson's daughter, Mary (born in 1843). It seems that Charles Smithson became "Smif" within Dickens' letters to Smithson's brother-in-law and there is anecdotal evidence that Mr Spenlow in David Copperfield was modelled on him.

The Smithson family office in Chancery Lane, Malton, was probably seen by Dickens in July 1843. Local tradition claimed that Dickens based Scrooge's counting house on it.

On Smithson's death - at the age of 39 - Dickens attended his funeral on 5 April 1844. He wrote to Kate Dickens that the sight of mourners "was very affecting indeed; and so was the funeral..." This copy of A Christmas Carol was inscribed to Smithson's widow, Elizabeth Smithson, less than a fortnight later.

Some minor spotting and browning, skillful restoration to fore-edge of half-title, frontispece and title-page, browning to plates, binding worn with extremities rubbed