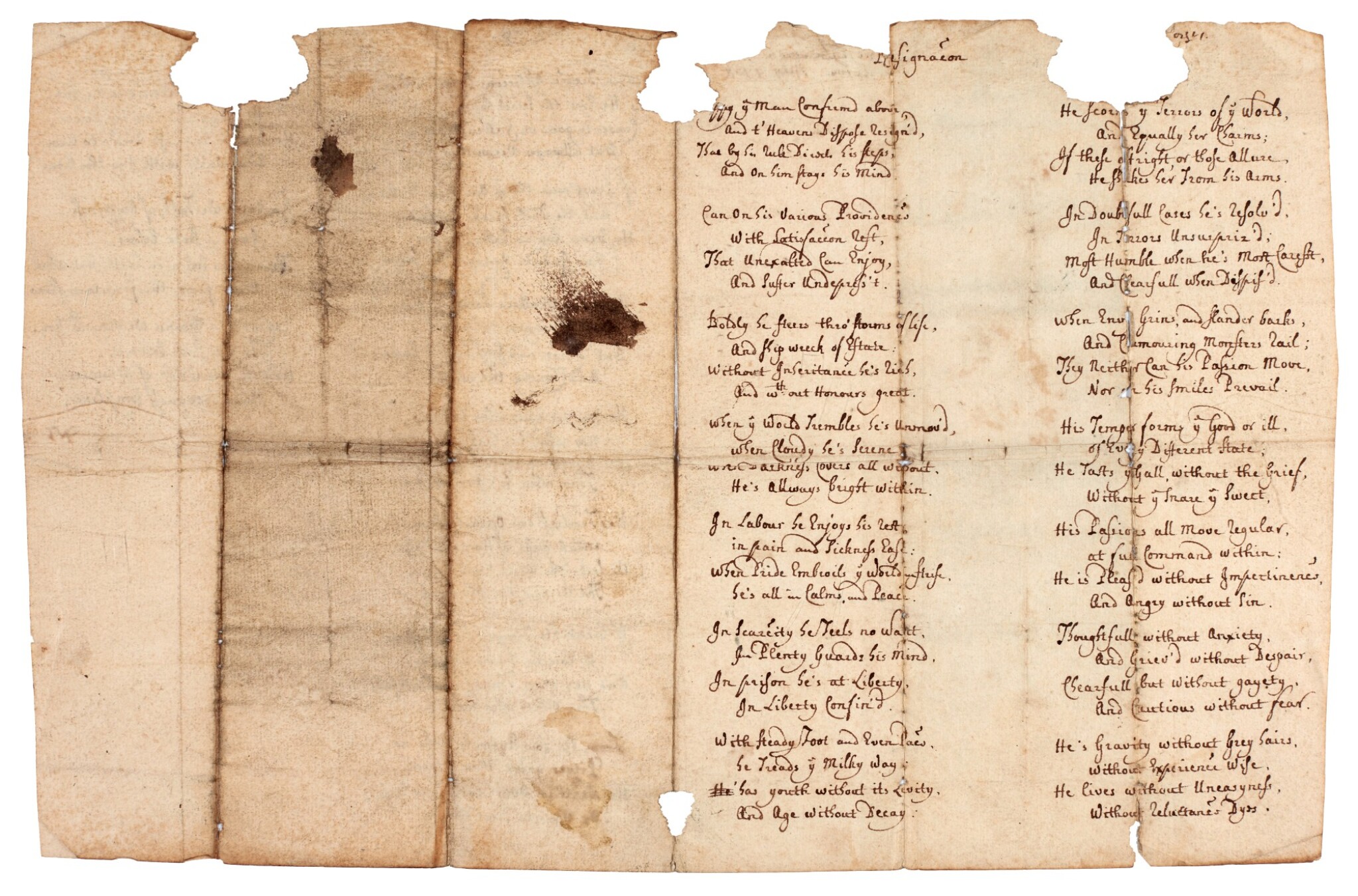 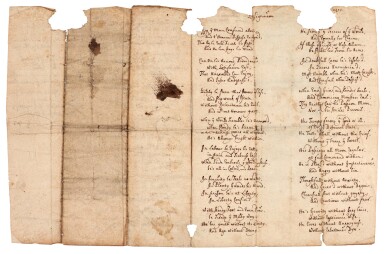 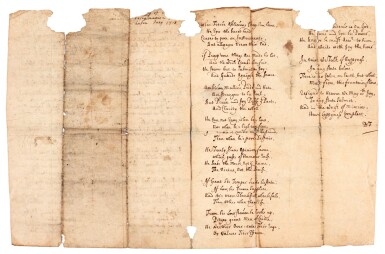 AN EXCEPTIONAL RARITY. One of only nine recorded surviving examples of autograph verse by Defoe, and the only one in private hands. Seven of the other known examples are in the celebrated Defoe notebook in the Huntington Library (HM 26613), and the last is in the Portland Collection at the University of Nottingham. Despite this meagre corpus of extant manuscript verse, it may be recalled that Defoe - now best remembered for his novels and prose tracts - regarded his poetry as his finest achievement. "Of Resignation" is Defoe's version of a highly popular theme based on an epigram by Martial, the nature of "the happy man", of which there were examples by many seventeenth-century poets. The present autograph manuscript preserves an early twenty-four-stanza version of the poem, evidently written in 1708, probably in the late spring or summer when Defoe was in Scotland working as a secret agent for the government. He printed a single stanza of the poem in the Edinburgh edition of his Review for 22 October 1709. He then published the present twenty-four stanza version in his Review for 28 January 1710, dedicating it to his Scottish "subscribers" on the occasion of his return to London. The 1710 text contains variants from the manuscript, however, not only in various spellings but also in replacements such as "Who" instead of "That" in line 3 and "Temper" instead of "fountain" in the last line of the penultimate stanza.

Defoe then extensively reworked the poem, with five added stanzas and a narrative change from third to first person, in a final version which appeared in his Review for 29 June 1712. In the 1710 printing Defoe introduced the poem with the following interesting remarks, showing the Puritan determinism lying behind it: "...the readiest way to have a perfect Ease of mind is to...be entirely resign'd to the absolute Dispose of Him that reigns on High...while the Potsherds of the Earth (viz. Kings and States) are dashing themselves to Pieces one against another, lets them see at last, that he doth what he pleaseth, and makes them bring to pass, tho' against their own Wills, what he before has Determined to have done."

William Knox Macadam of Rothesay, who recorded that he had discovered it in a trunk belonging to his late uncle, who had enclosed with it a note, "This is the writing of the great author of Robinson Crusoe"; Sotheby's, London, 24 July 1979, lot 195; Sotheby's, London, 19 December 2000, lot 64

Loss, probably rodent damage, at top with loss to title, two lines of text, and endoresement; fragile from tears at folds; staining