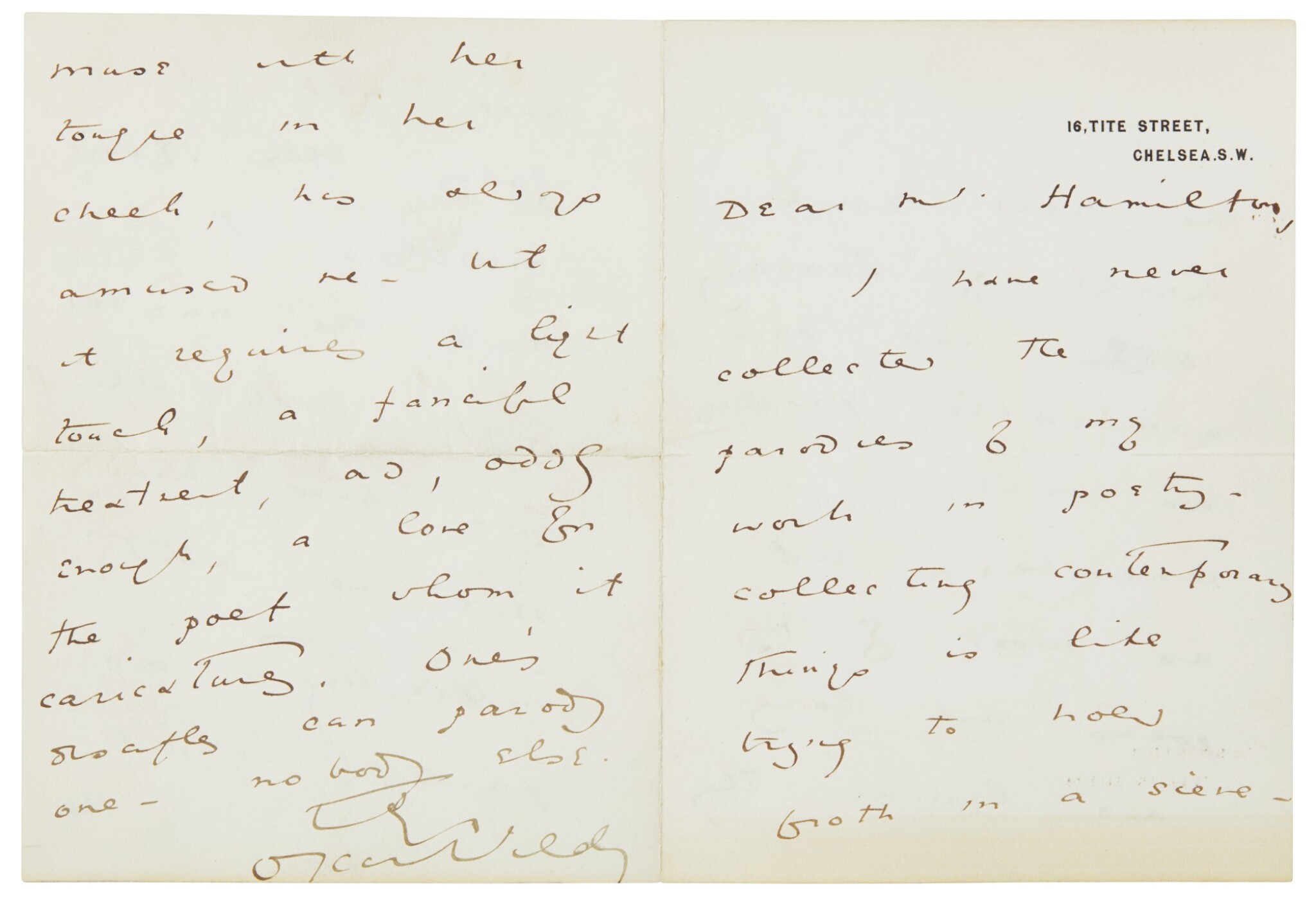 ON THE ART OF PARODY, explaining that he has not attempted to collect parodies of his own verses ("...collecting contemporary things is like trying to hold broth in a sieve..."), but suggesting that good examples were found in the January 1882 issue of New York World, commenting that "as most of my poems are long and lyrical they have not I fancy been good models", then turning to give his thoughts on the essence of good parody, 4 pages, 8vo, headed stationery of 16 Tite Street, Chelsea, [29 January 1889], weak at fold

"...parody, which is the muse with her tongue in her cheek, has always amused me - but it requires a light touch, a fanciful treatment, and, oddly enough, a love for the poet whom it caricatures. One's disciples can parody one - nobody else..."

This letter is a fine example of Wilde's aphoristic style. Its recipient, Walter Hamilton (1844-99) was a writer and bibliophile whose Parodies of English and American Authors was published in six volumes between 1884-89. Hamilton had sent Wilde one of the separately issued parts of this work and had evidently asked Wilde for examples of parodies of his own work. The letter is dated in the Complete Letters from a postmark, but the envelope is no longer present.