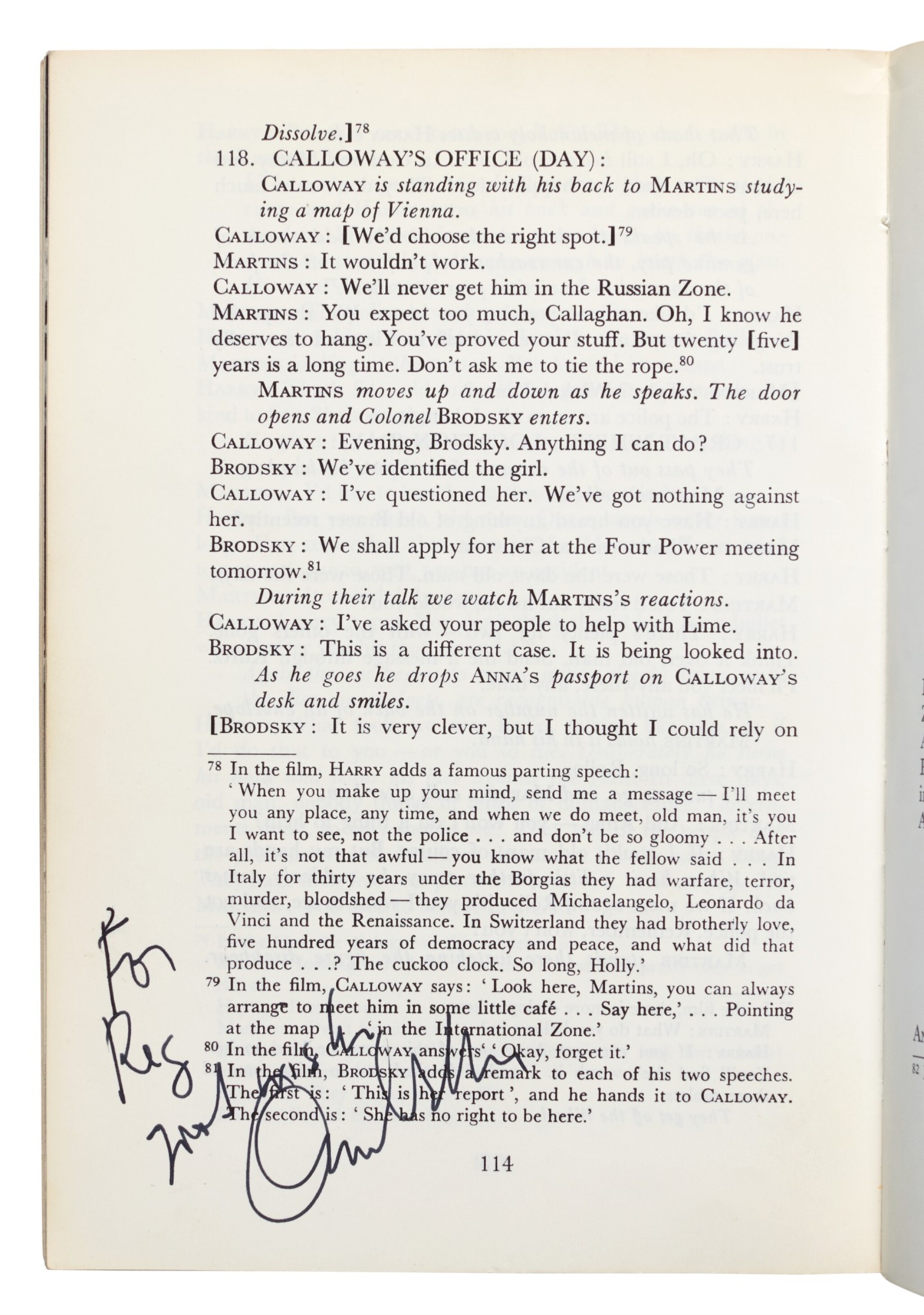 A RARE COPY OF THE "THIRD MAN" SCRIPT INSCRIBED BY WELLES. In one of the most celebrated films of all time, the famous 'cuckoo-clock' speech is uttered by Orson Welles' legendary character Harry Lime high on the large Ferris wheel in the Prater amusement park, as he looks down rather contemptuously at the dots of humanity below. It was not part of Greene's original text -- it is included here in the printed version as a footnote on page 114. The speech was subsequently attributed to Welles who apparently improvised during filming (probably derived from an original comment made by the painter James Abbott McNeill Whistler, or possibly the novelist Geoffrey Household). The recipient of this presentation copy is the painter, novelist and screenwriter Reginald Gadney (1941--2018). Gadney was the author of the film biography of Ian Fleming Goldeneye (1989), starring Charles Dance as Fleming and Gadney himself in a cameo as the real-life James Bond.

This copy is inscribed "For | Reg | best wishes | Orson Welles". Apparently Welles was amused to be asked to sign this book and noted that it was the only time he had ever done so. After the film was released Welles reported that "the Swiss very nicely pointed out to me that they've never made any cuckoo clocks, as the clocks are native to the German Black Forest..."

You know what the fellow said – in Italy, for 30 years under the Borgias, they had warfare, terror, murder and bloodshed, but they produced Michelangelo, Leonardo da Vinci and the Renaissance. In Switzerland, they had brotherly love, in five hundred years of democracy and peace – and what did that produce? The cuckoo clock.