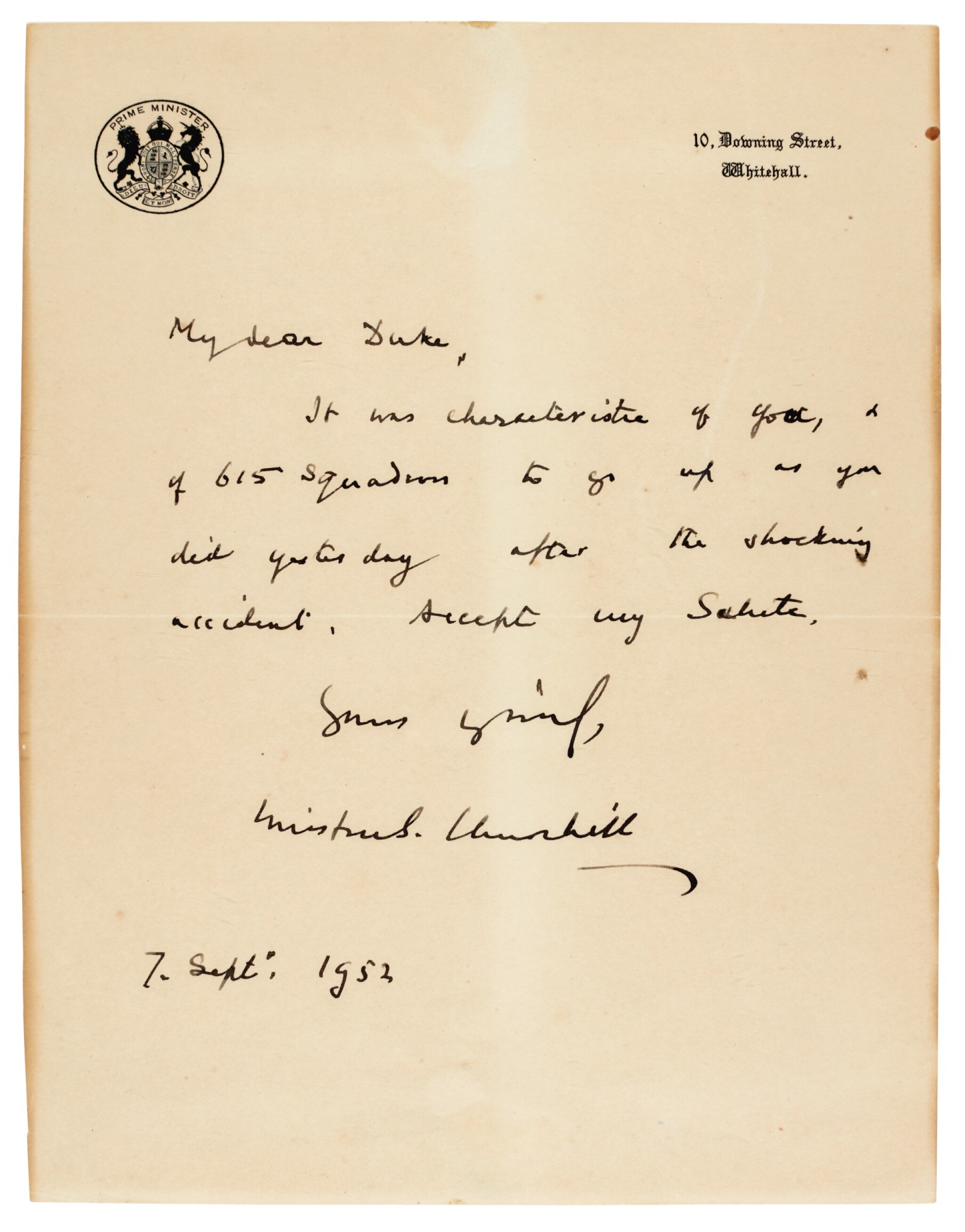 AN EXCEPTIONAL LETTER ACKNOLWEDGING STOIC BRAVERY IN THE FACE OF TRAGEDY ("...It was characteristic of you, & of 615 Squadron to go up as you did yesterday after the shocking accident. Accept my salute..."), 1 page, 4to, 10 Downing Street headed stationery, 7 September 1952, light browning, with two original envelopes, one with autograph address

A LETTER OF TRIBUTE TO AN OUTSTANDING FIGURE IN BRITISH AVIATION. Neville Duke (1922-2007) flew Kittyhawks and Spitfires in North Africa during World War II, downing 28 enemy aircraft between 1941 and 1944. After the War he became the lead test-pilot for Hawker, setting two world speed records in the early 1950s in the Hunter, an early transonic jet fighter. He also commanded the 615 (County of Surrey) Squadron of the Royal Auxiliary Air Force, of which Churchill was honorary air commodore.

This letter refers to a tragedy that had occurred at the Farnborough Air Show the day before this letter was written, when a prototype de Havilland DH. 110 disintegrated mid-air, causing the death of 29 spectators as well as the crew. Duke lost a friend in the disaster, having known the de Havilland pilot, John Derry, for many years, but in a remarkable expression of determination he took to the air that same afternoon, taking a prototype Hawker Hunter P.1067 supersonic over the show.

Condition is provided in the main body of the catalogue, where appropriate.