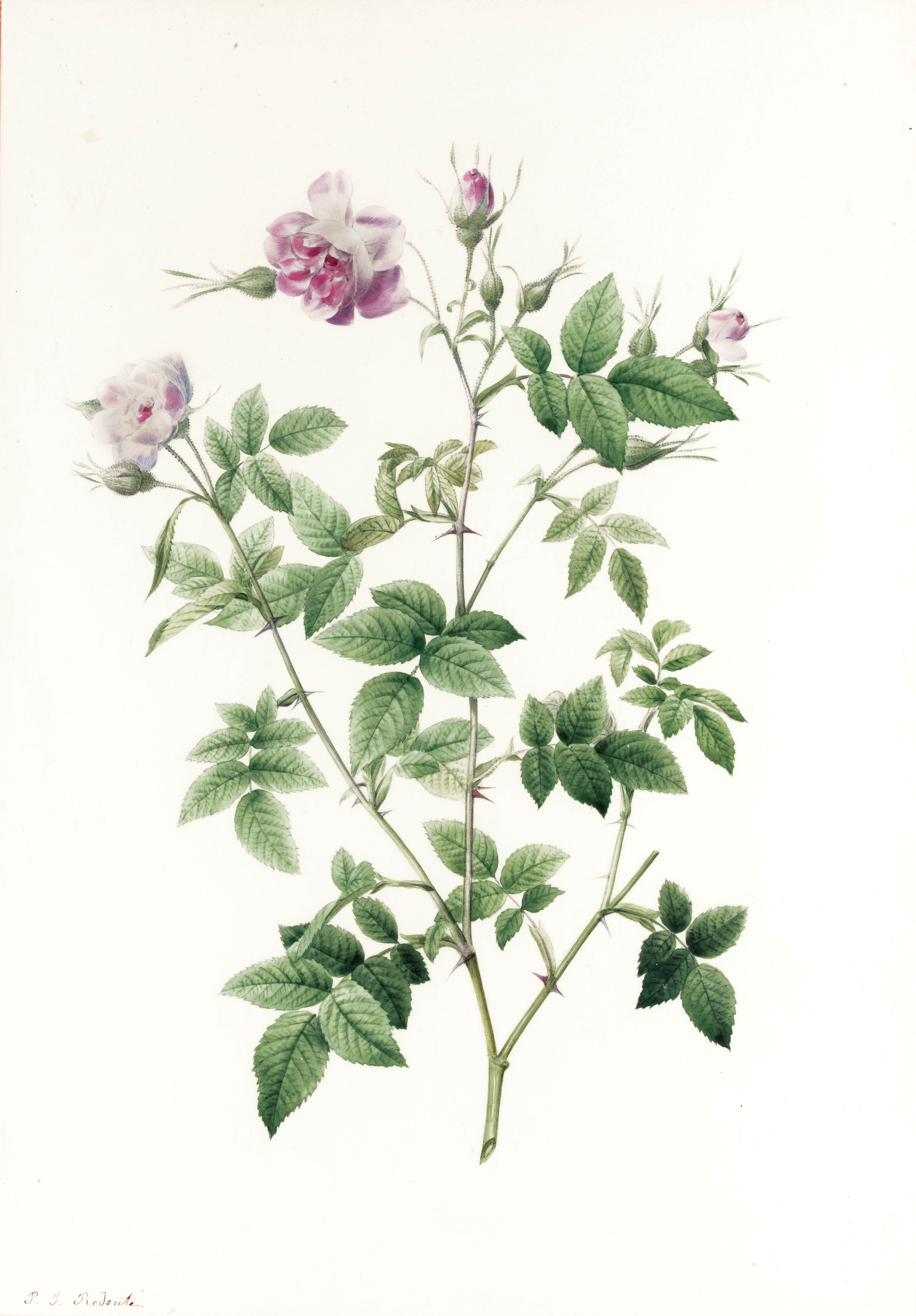 Watercolour over traces of black chalk on vellum, within gold framing lines;

Laid down on japan paper and card and window mounted. There is some very minor discoloration to the edges and a small light brown stain to the upper left corner. Otherwise the work is in wonderful, fresh condition. Sold in a modern gilt and painted frame.

Princess Maria Carolina Luisa de Bourbon, Duchesse de Berry, for whom purchased from the artist in 1828 by King Charles X of France and Navarre;

Princess Teresa Cristina de Bourbon, Empress of Brazil, to whom sold by the Duchesse by 1854;

probably by descent to her daughter, Isabel, Princess Imperial of Brazil;

probably by descent to her son, Prince Pierre d'Alcantara d'Orléans-Bragance;

This exceptional watercolour is an exquisite example of Redouté’s achievement as a botanical painter relating to one of his greatest projects, Les Roses. Pierre-Joseph Redouté, ‘the Raphael of flowers’, was the most celebrated botanical artist of his day. His patrons included two Empresses and two Queens, and his prodigious talents placed him at the centre of French court life, both before and after the Revolution. He was appointed drawing master to Marie Antoinette, yet despite his connections to the Royal family he survived the Terror and went on to become the court and flower painter to Empress Joséphine. Although Joséphine had died three years before the publication of Les Roses, it was the unequalled collection of roses on her estate at Malmaison that provided the artist with his inspiration. For further information on Les Roses, see the introduction to the catalogue of the sale of the remarkable ensemble of 39 watercolors of roses by Redouté, formerly in the collection of the Duchesse de Berry and later owned by the 2nd Lord Hesketh, by whose descendants they were sold at Sotheby's in London, on 7 December 2010.