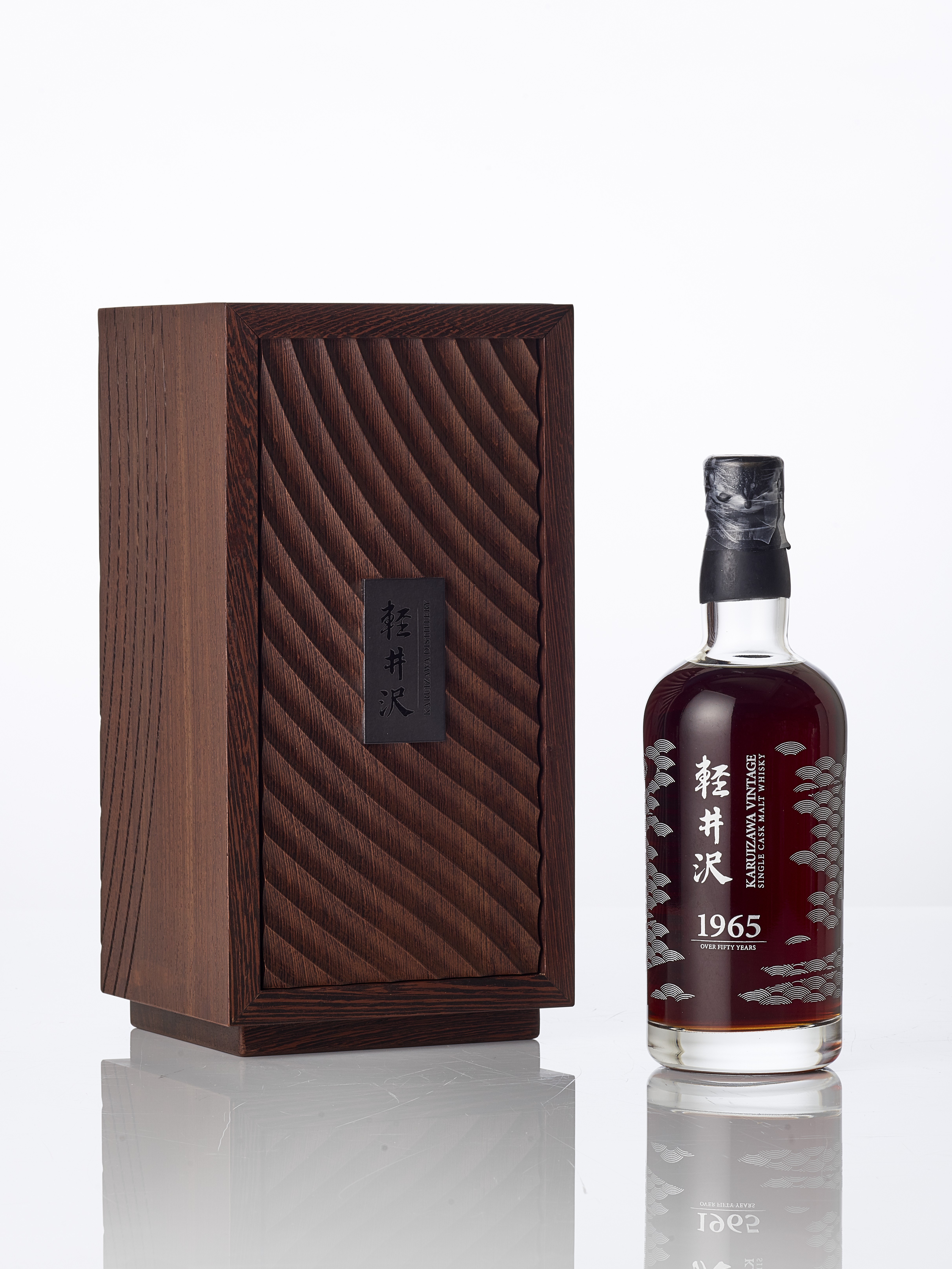 At 52 years old, this Karuizawa equals the oldest whisky to be released from Japan’s most revered closed distillery. The only other whisky from Karuizawa to reach 52 years was that bottled from 1960 vintage cask #5627, which broke the record for the most expensive Japanese Whisky ever sold when it achieved a price of £363,000 at Sotheby’s in London last month. This “Streams of Time” expression is one of just 150 bottles. It was released in an etched bottle and carved Jichimu wooden box that depicts ripples on the ocean.

The Hong Kong Tax has been fully paid on these lots, however, the buyer has sole responsibility for any transport costs and any duty or taxes when shipping the lot outside of Hong Kong.

Under the law of Hong Kong, intoxicating liquor must not be sold or supplied to a minor in the course of business.