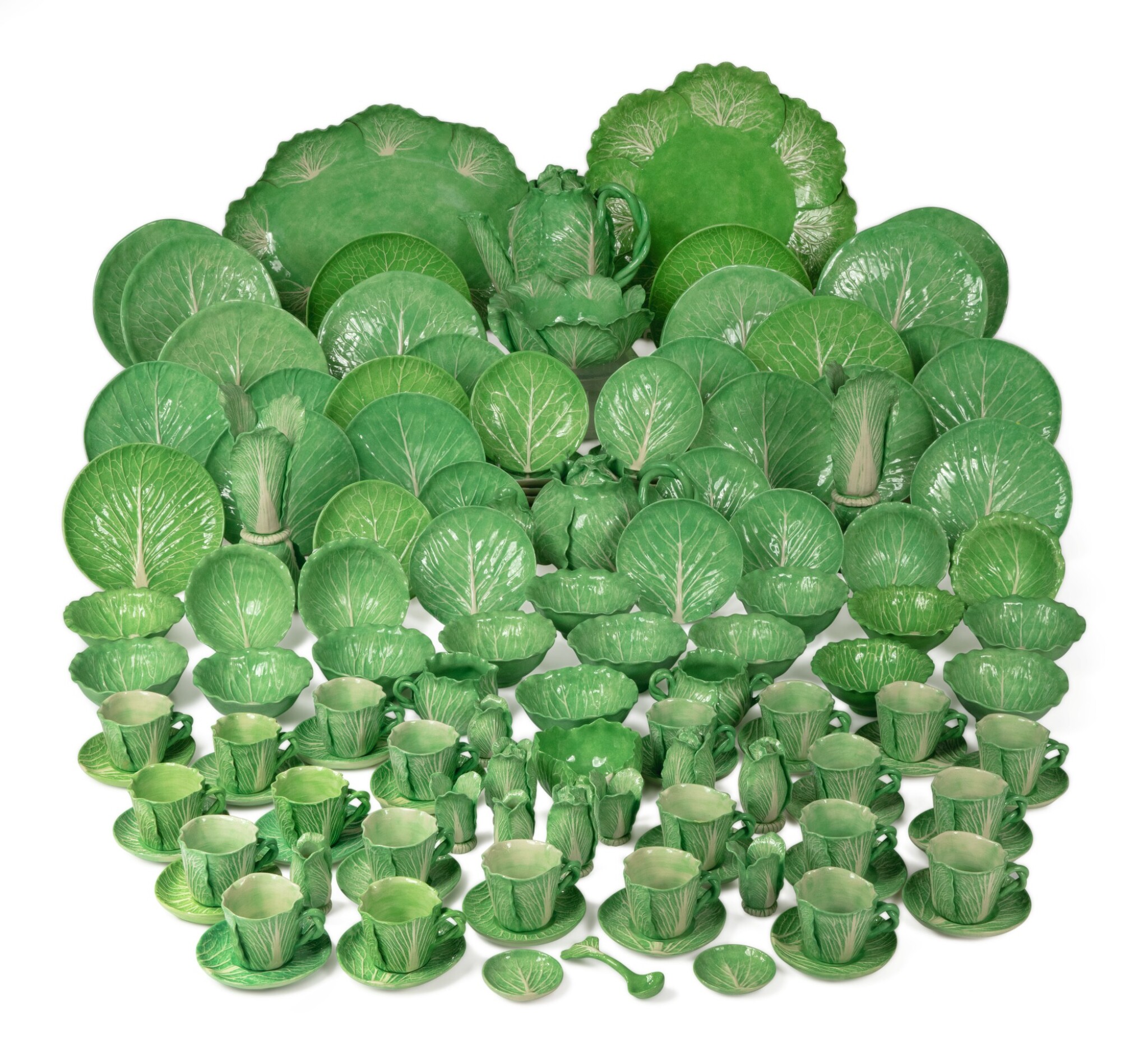 a large teapot and cover;

a large coffee pot and cover;

a two-handled sugar pot and spoon;

a small round bowl;

For a service of this size the overall condition and appearance is excellent.

Please note the condition report should read, For a service of this size the overall condition and appearance is excellent. 5 plates, 8 1/4 in. diam, with a small flat rim chip.

“I wanted to do something creative and I liked working with my hands, so I took up ceramics.”

Throughout her career the unmistakable green-glaze of Dodie Thayer’s wares attracted the attention of some of the greatest American socialites of the 20th century, including:

the Duchess of Windsor;