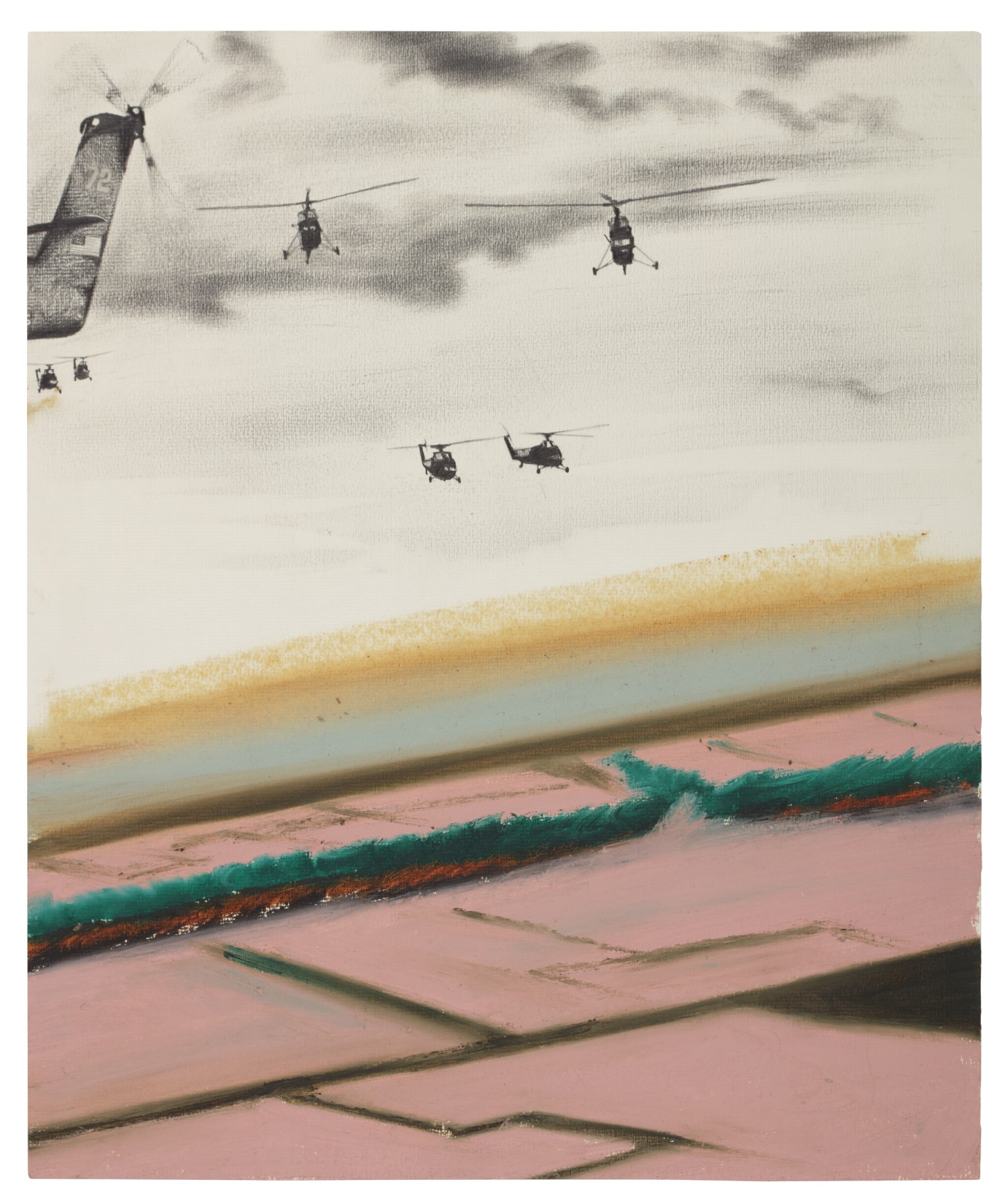 signed, titled, and dated 88 on the reverse

pencil and acrylic on paper

This work is in very good condition overall. There are tonal variations to the surface, including areas of the sheet left intentionally blank, inherent to the artist's working method. There are areas of stray media throughout, most notably an area of brown pigment to the upper left edge, inherent to the artist's working method. There is handling wear to the edges, including soft creasing and two minor tears to the right edge, visible upon close inspection. Unframed.

The Keith Haring Foundation (by bequest from the above in 1990)

“I first met Keith a thousand times before. I only say this because it all seemed like a thousand minutes inside of a second, that things were popping off with people meeting each other at these aspiring events developing within New York City’s wreckage,” Lee Quinones says when remembering how he first met Keith. “I actually met both Keith and Kenny Scharf at the same time on one of the floor levels at the famed Times Square Show in 1980. I was there with both film director Charlie Ahearn and Fred Brathwaite aka “Fab 5 Freddie,” and as we were chatting about concepts for the show, someone, and it might have been Charlie himself, introduced us. By this time, my mega Handball court murals 'Howard the Duck' and 'The Lion's Den' on the Lower East Side were the destination outposts for most if not all Graffitists from around the city. Keith was more than aware of their existence and was ecstatic that we were meeting.”

Quinones’ early works are largely influenced by politics. He describes his influences on this work and others: “The human condition in itself is complicated and politics just adds to the confusion and contradictions, so these always tend to find their way into my paintings, especially the early works off the subways that hinted at the US-USSR cold war and the post Vietnam war experiences.”

This work, Tameless Horses, depicts a seemingly peaceful flight of helicopters which “signify either the exhausting exitus at the end of a conflict or the ambitious and yet blinded faith of entering one,” Quinones says. The study is a sibling to a larger triptych painting housed in a private collection.