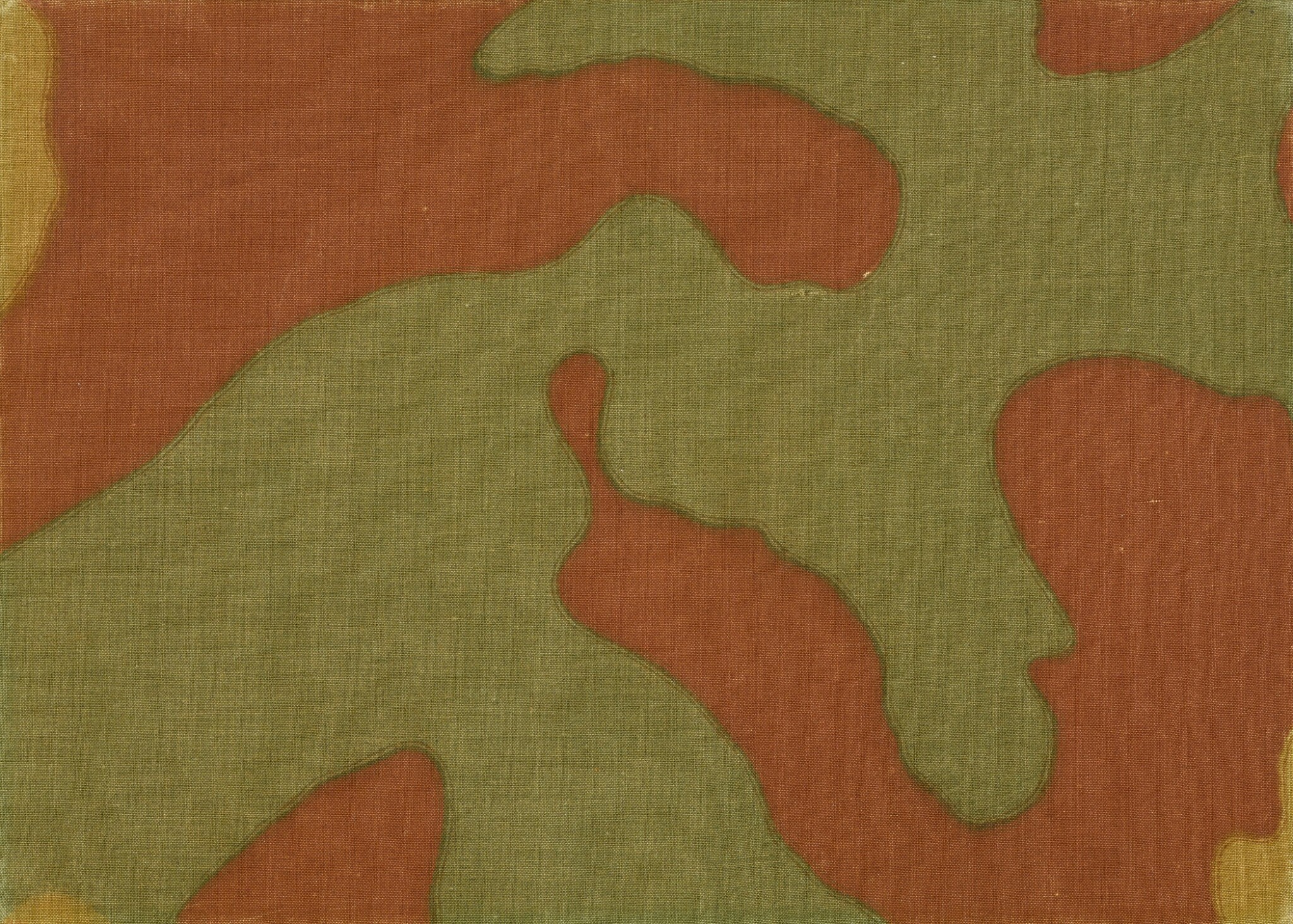 signed and dated 66 on the reverse

camouflage fabric on board

This work is registered in the Archivio Alighiero Boetti, Rome under number 3187 and is accompanied by a certificate of authenticity.

This work is in very good condition. Extremely close inspection reveals some slight wear to the extreme edges, and a minute scuff mark in the upper right quadrant. Further close inspection reveals a historical soft crease in the upper left quadrant which appears to be original. The canvas is slightly faded, which is in keeping with the age of the work.

Please note that this work is included in the catalogue raisonnne under no. 234 (a. 3187)

Private Collection, Italy (acquired from the above in 1989)

A rare and pivotal work from Alighiero Boetti's oeuvre, Mimetico from 1968 embodies both the extremes of the Arte Povera movement and the more intimate poetics of Boetti himself. This reworking of an instantly recognisable fabric (the Mimetic Cloth M29, supplied to the Italian army during the Second World War) forces us to re-read the material in a new light, analysing camouflage as a metaphor on various levels. At the same time conceptual and material, this apparently anonymous shred of camouflage fabric becomes a center of reflection on very current issues of the late 1960s: consumerism, workers' strikes and student protests against the Vietnam War.

The decontextualisation of the fabric, decentralised and transformed almost into ready-made decorative wallpaper, increases the sense of estrangement and ambiguity transmitted by the work. The reference to a military-type pattern is not only linked to a reflection on politics and consumerism but is also a nod to the Manifesto of the Arte Povera movement, which was published precisely one year earlier and whose title was "Arte Povera: Appunti per una guerriglia" (Arte Povera: notes for a guerrilla war).

In a formal way, Mimetico aims to undermine the very concept of mimesis, which has always been central to art, both from a theoretical and practical point of view: Boetti reproduces a fabric on the finished canvas which is itself an illusionistic take on reality, designed precisely to blend in with nature and disappear into it. An extreme paradox, ironic and profound at the same time, which, in revealing a false reality, manifests the artist's radical approach and the esteem he held for Marcel Duchamp's work.

As explained in the catalogue raisonné of the artist, Boetti linked each work in the little Mimetici serie back to his first use of this fabric, conceived in 1966: as a result, they are dated "'66" on the back, while they have been produced two years later, in 1968.

This iconic series, another work from which was exhibited in his first solo exhibition at Galleria Christian Stein in Turin in January 1967, is borne out of the beginnings of Alighiero Boetti's creative research and, in the reworking of various motifs, proves to be the veritable key to reading the artist's subsequent production.