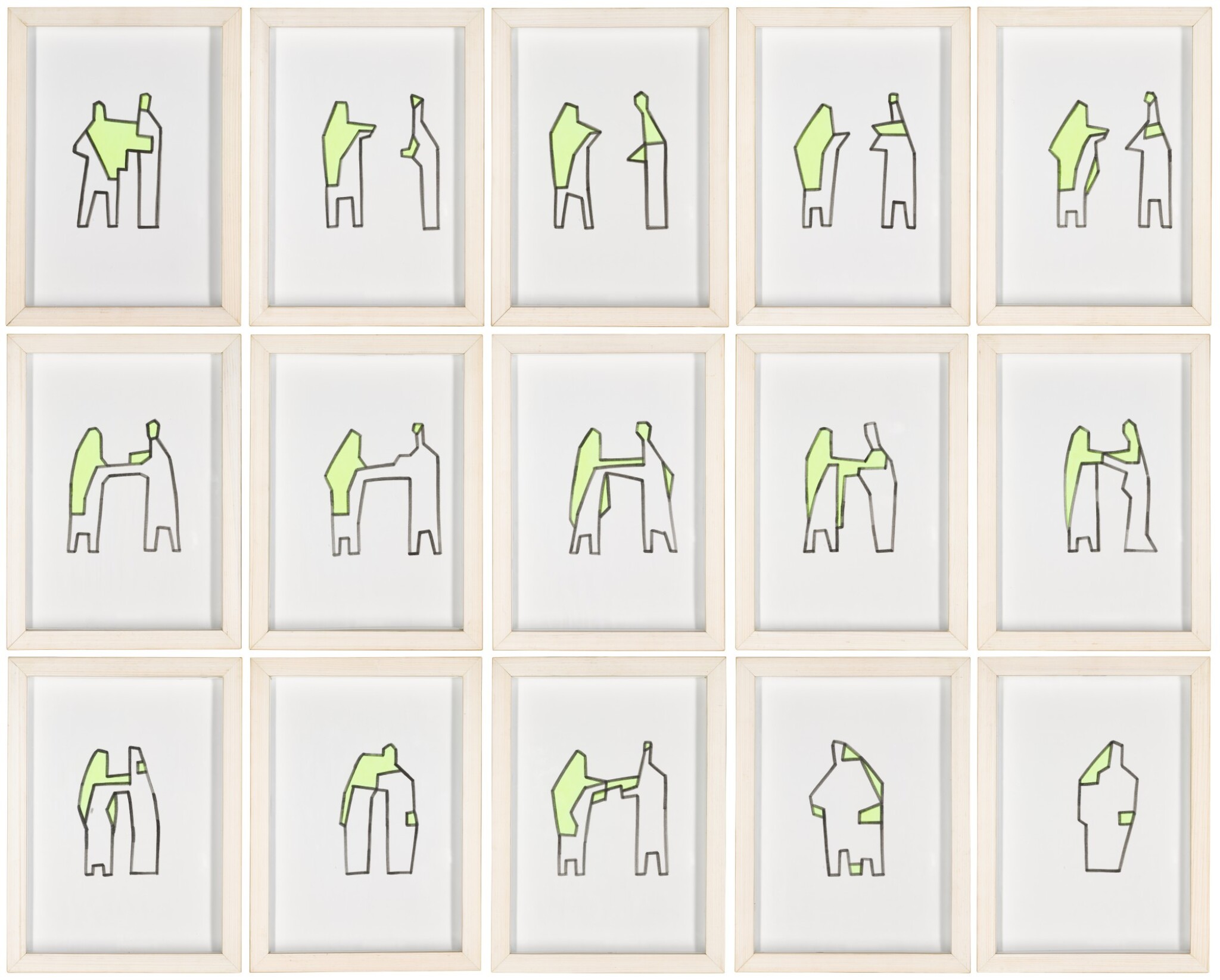 each: signed on the reverse

ink and highlighter on paper, in artist's frames, in 15 parts

Acquired directly from the artist by the present owner
Guy Mannes-Abbott, In Ramallah, Running, London 2012, n.p., illustrated in colour

Sharif Waked has continuously pierced into the heart of contemporary propaganda, politics, structural violence and prejudice through his video, installation and painted works. Born in Nazareth in 1964, Waked had led an artistic output of succinct and intrepid pieces that capture both the spectacle of Arabs and Islam in the media.

Beace Brocess 2 follows Beace Brocess No. 1 (2010), a video installation in which Waked appropriates footage from the 2000 Camp David Summit in the United States. The video depicts Ehud Barak, the Israeli prime minister, and Yassar Arafat, representing the Palestinian Liberation Organisation, meeting under the patronage of Bill Clinton. Waked edited the footage of a light hearted tussle between Barak and Arafat, duplicating the movements into an infinite loop to give the illusion of an endless dance between the two powerful figures.

By altering the title from ‘peace process’ to ‘beace brocess’, Waked nods to the manipulated nature of the work, reconstructing history through his signature comedic lens. Waked transforms this initial video into a series of ink drawings in Beace Brocess 2. Fragmenting the interaction over 15 panels, Waked further distorts the moment in history. The two men become nothing more than intersecting abstract forms, losing any remaining sense of identity, and pulling the viewer even further from the original archive footage.