Property from the Estate of Barbara R. Caplan 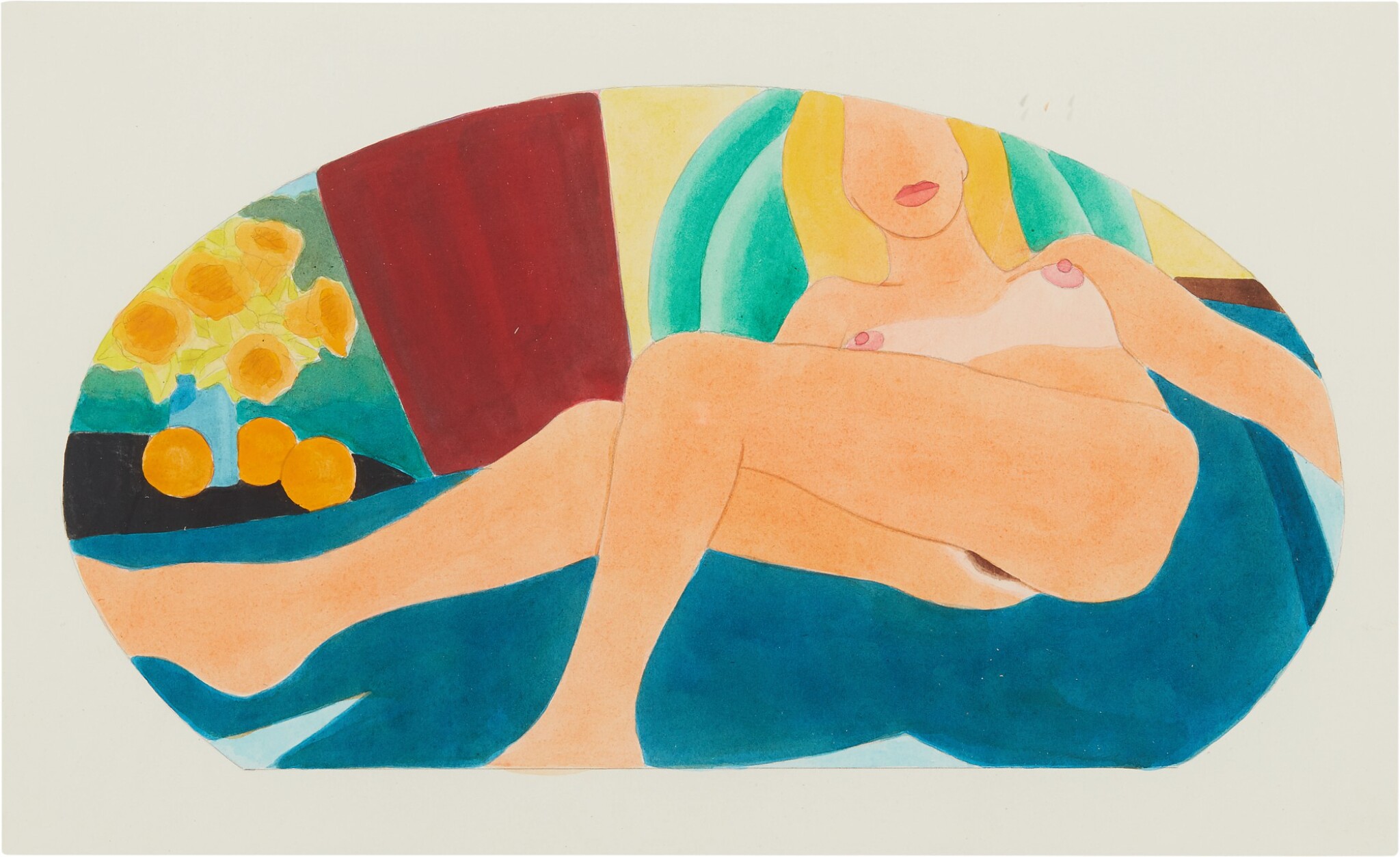 Property from the Estate of Barbara R. Caplan

thinned liquitex and graphite on ragboard

Knoedler Gallery, New York (acquired from the above circa 1977-82)

Estate of Barbara R. Caplan, New York (acquired from the above in 1992)

“The first works that brought Wesselmann to the attention of the art world were the Great American Nudes. They began 1961 when he was having difficulty establishing a personal color vocabulary-  there were simply too many colors to choose from, and his choices often felt arbitrary to him. At that juncture he needed a way to limit his palette, and at the moment of greatest concern, he had a dream about the colors red, white and blue. When he awoke, he decided to do the Great American Nude, limiting his palette to those colors and any related patriotic colors, such as gold fringe on a flag, khaki- the color of his old army uniform, etc. Of course, he used true colors of real elements such as roses or oranges, etc. Gradually, this limited palette dropped away, having served its purpose, although the Great American Nudes continued into the early seventies” (Charta, Tom Wesselmann, Milan 2003, p. 15)

Wesselmann’s nudes are arguably the most widely recognized series of his artistic career. The simplified human forms and passages of rich color have become iconic symbols from one of the leading American Pop artists of the 1960’s. He spent the earlier years of his career experimenting with his style while attempting to stray from the abstract expressionism that many artists explored during this period. It was in the early 1960’s that he found his voice through his Great American Nudes series. Great American Nude #100 was completed in 1973 as the last of the Great American Nude Series. The present example is a slight variation of this painting, which Wesselmann completed in thinned liquitex washes two years later in 1975.

“Wesselmann is attracted not so much by the female nude as by the pictorial or advertising reproduction of that nude. So the subject of these works is not the model as an emblem of female beauty but the abstract image of that subject…even when a subtle sensuality caresses the female forms, playing on the lines and lingering on the shapes, even when a veiled eroticism shows through, recalling the elegance of Modigliani, Wesselman softens the tension by accentuating the female outline and draining away the vibrancy of color.” (Charta, Tom Wesselmann, Milan 2003, p. 13)