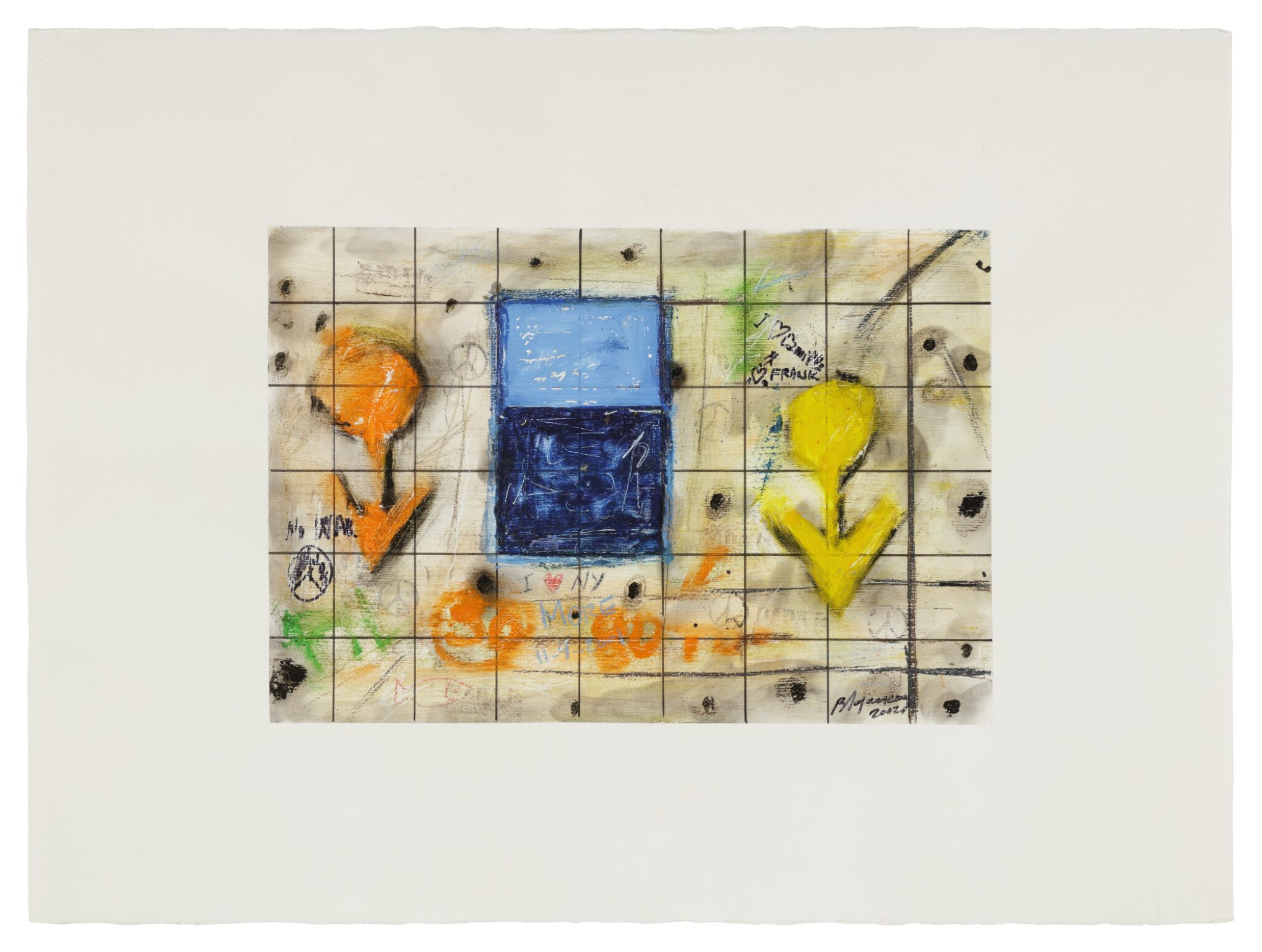 This work is in very good condition overall. There are textural variations to the surface, inherent to the artist's working method. The edges of the paperboard are deckled. There is stray media including a spot of adhesive residue in the upper right quadrant. There is minor wear to the edges and corners of the paperboard, visible upon close inspection. Unframed.

The Solomon R. Guggenheim Museum, New York (gift of the above in 2003)

Burhan Dogançay’s unique role in contemporary art emanates from his exploration of urban walls and doors. Absorbed in extending the limits of his chosen subject, walls, he has unconsciously refused membership in what are regarded as the established schools of our time. Over the years he created 14 distinct series of paintings in various media, all with a focus on different aspects of urban walls. His preferred medium since the 1960s has been predominantly collage, as it is a technique that best conveys in realistic and truthful terms the essence of what urban walls reveal about our society.

Dogançay's work has been exhibited around the globe and is included in the permanent collections of the world’s most prominent museums, including The Metropolitan Museum, New York; Guggenheim Museum, New York; the British Museum, London; Centre Georges Pompidou, Paris; Staatsgalerie Stuttgart; and the Albertina, Vienna.