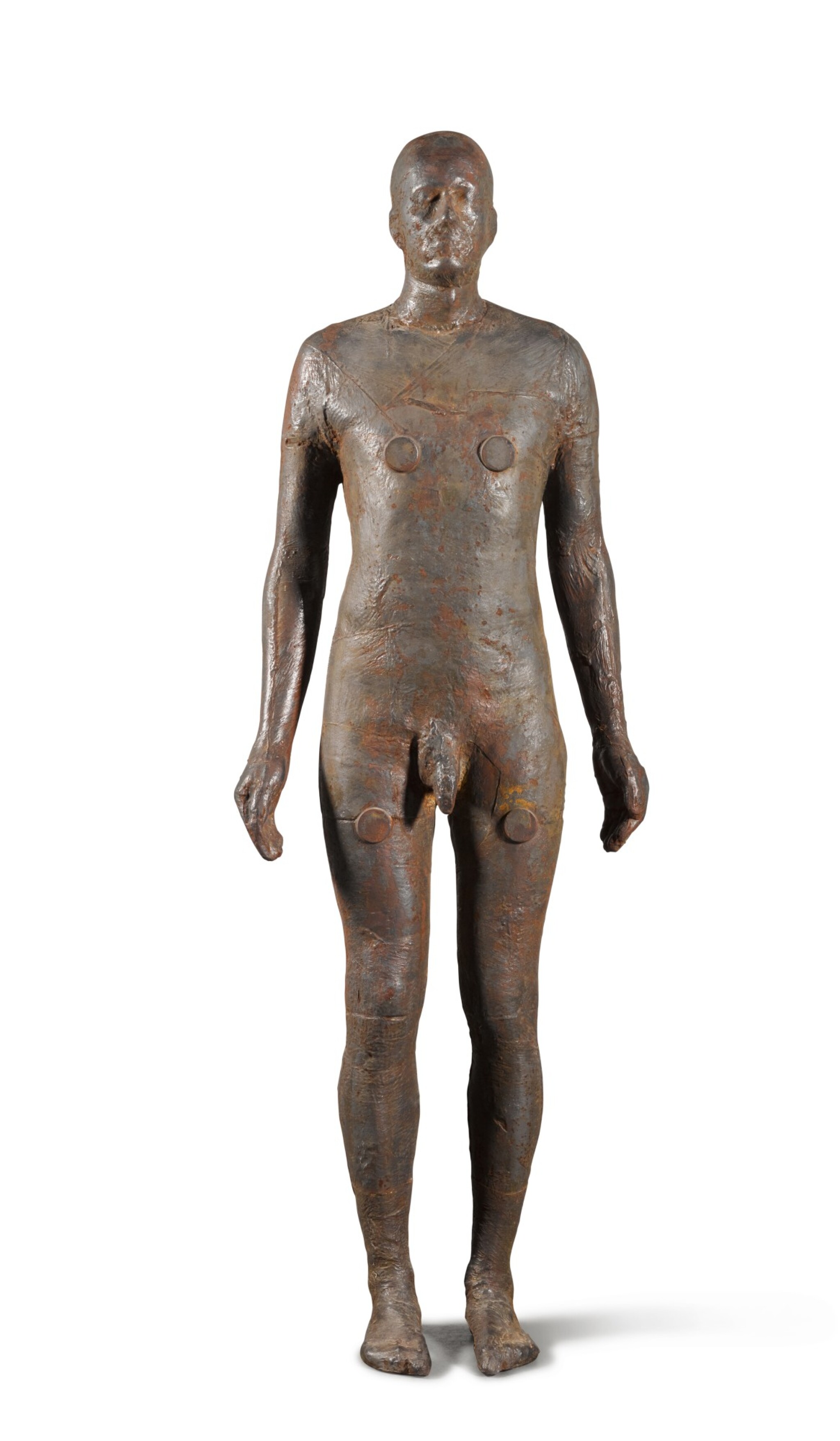 This work is in very good condition. There are areas of uneven oxidation in places, which is consistent with the artist's choice of media and the natural ageing and oxidation process of the iron. There is a minute media accretion to the figure's left hand arm.

Another Time is a series of one hundred sculptures identical to the hundred sculptures of Another Place. They are mutually dependent works: one that is permanently sited on Crosby Beach on the Mersey estuary in Liverpool, UK; the other, through a process of dispersion, will be found all over the world. Each work in Another Place faces out to the horizon twelve degrees south of west, while with Another Time each work finds its own orientation.

The body forms are taken from seventeen distinct moulding times between 19th May and 10th July, 1995.

The works acknowledge their industrial method of production. Each of the seventeen individual moments has been cast five to six times and shows the manner of its making, with traces of cling film through to the ingates of the molten metal clearly visible on the rusting surface. The works are corpographs: indexical body impressions that freeze time.

The history of western sculpture has been concerned with movement. I wish to celebrate the still and silent nature of sculpture. The work is designed to be placed within the flow of lived time.  Recently, the works have been placed high on buildings against the sky, standing outside the shelter and protection of architecture.

The work is made from iron, a concentrated earth material found at the core of this planet, each sculpture massive: a solid body.

The work asks where the human being sits within the scheme of things. Each work is necessarily isolated, and is an attempt to bear witness to what it is like to be alive, alone in space and time.