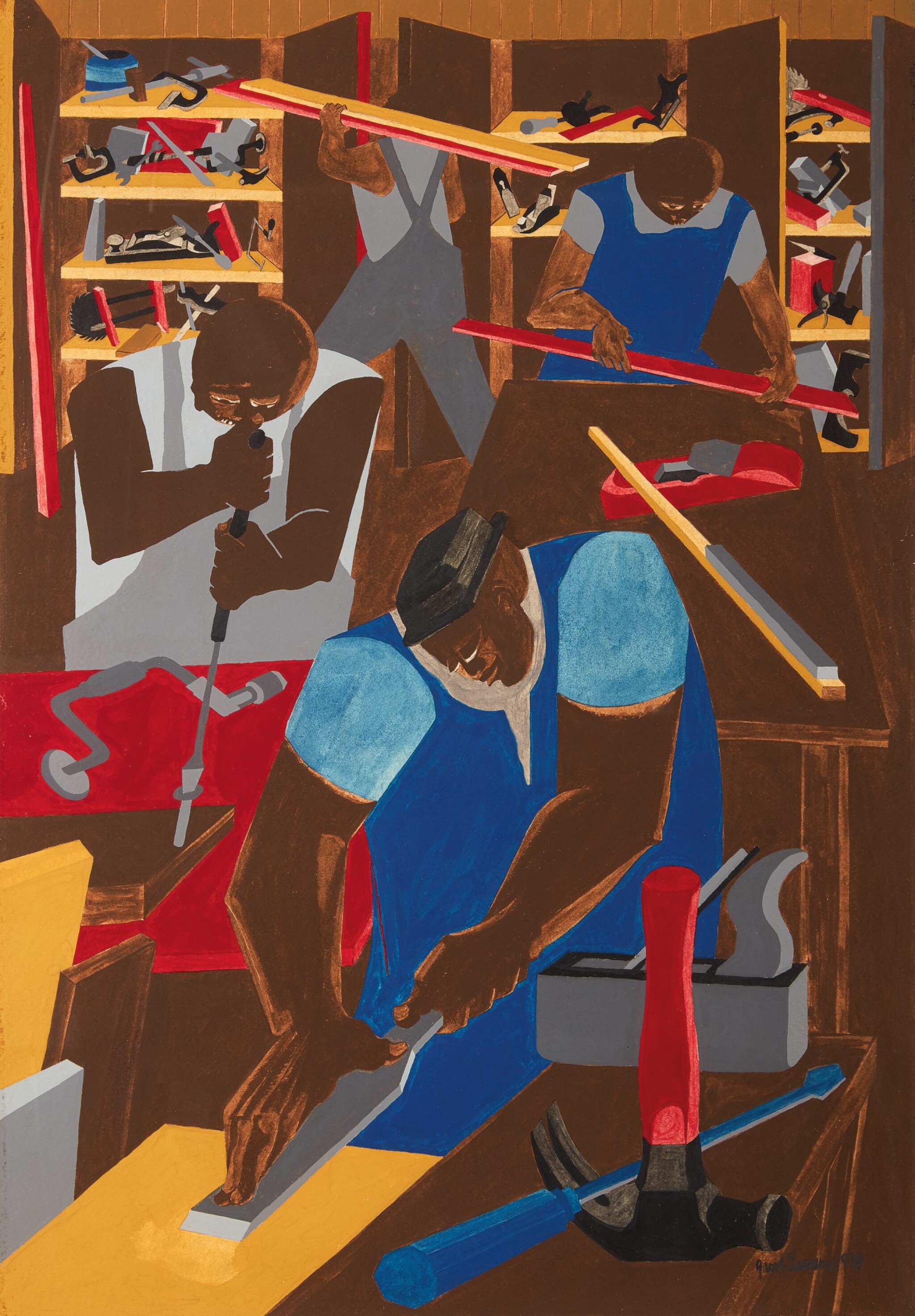 This work is in very good condition overall. The sheet is hinged verso to the mat intermittently along the edges. There are scattered areas of discoloration and rubbing along the extreme edges, likely due to a previous frame. There is also evidence of minor skinning in the lower left corner. There is a slight undulation to the sheet, inherent to the artist’s chosen medium. Framed under Plexiglas.

Please note this lot has been withdrawn.
Collection of Jacob and Gwendolyn Knight Lawrence, Seattle
Terry Dintenfass Gallery, New York
Acquired from the above by the present owner in 1988