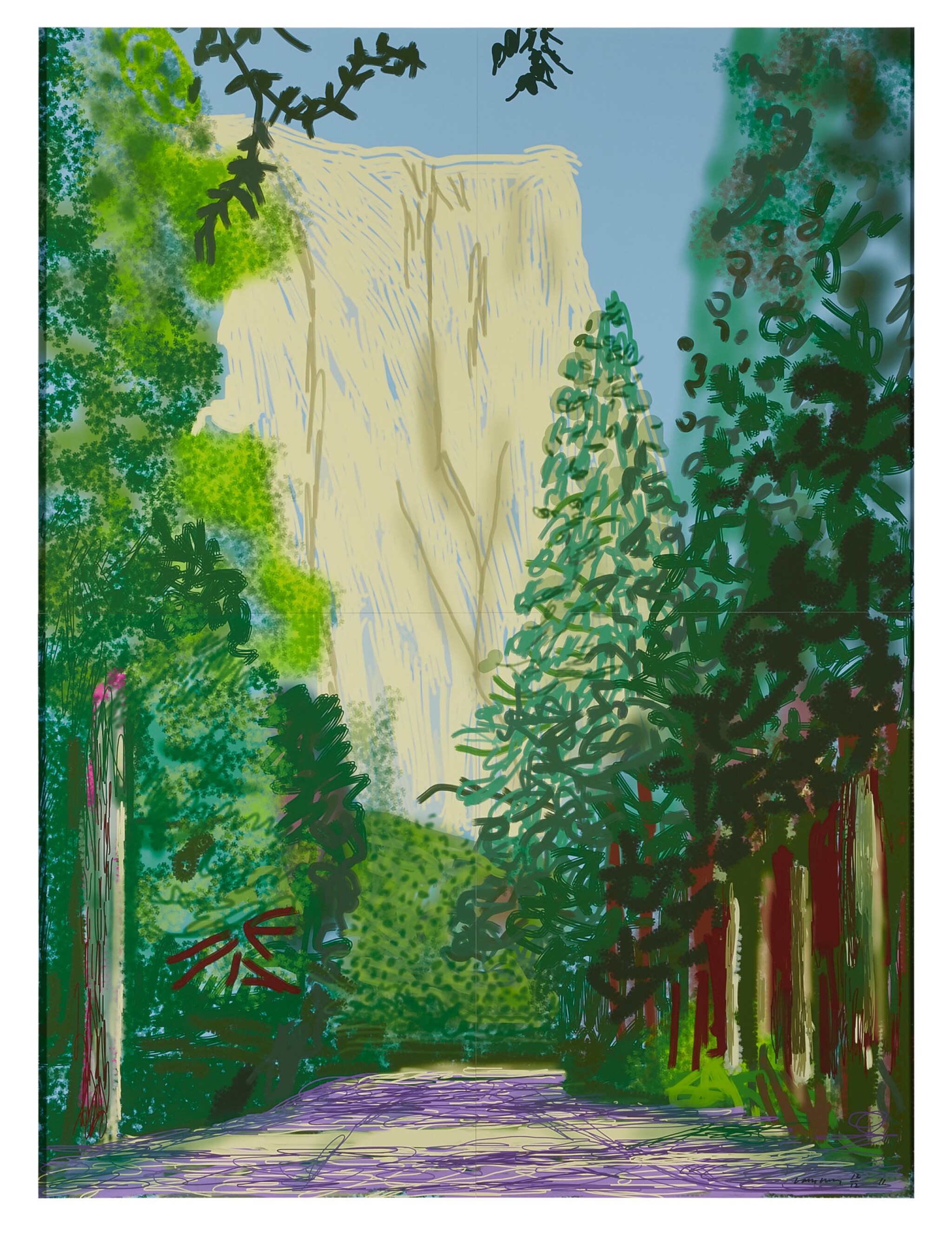 This work is in excellent condition overall. There are no apparent surface scratches or accretions. Please note this work has not been examined out of its frame. Framed under Plexiglas.

“Stand before a huge image of Yosemite by David Hockney and see the artist’s rendition of wispy clouds hovering over midnight blue mountains. Look closer and see strokes drawn by a stylus on an iPad, and pixels from an inkjet printer. At 76, David Hockney, the British artist known for bold colors and landscapes, remains an early adopter of technology… Mr. Hockney uses the Brushes app, a stylus and a digital inkjet printer that takes 20 minutes to print each large page. He’s known for drawing and painting outdoors, and the iPad has simplified that process. It has also raised questions among critics about whether iPad drawings qualify as art. ‘He thinks it’s a new medium and that it’s here to stay,’ said Richard Benefield, deputy director of the de Young Gallery. ‘He’s really exploited it, I think, as far as you can take it in terms of using the iPad to do what artists used to do with pastels or watercolors or oil paints when they’re working outside in the landscape.’

Mr. Hockney has long been interested in the technology of art and using new media to make art. He wrote a book about evidence that the old masters used devices liked a camera lucida. He has used Polaroid film, color photocopiers and fax machines, and in 2009, began sending friends daily drawings of flower bouquets made on his iPhone. ‘People from the village come up and tease me: ‘We hear you’ve started drawing on your telephone,' Mr. Hockney said in a quotation displayed in the exhibition. ‘And I tell them, ‘Well, no, actually, it’s just that occasionally I speak on my sketch pad.'”