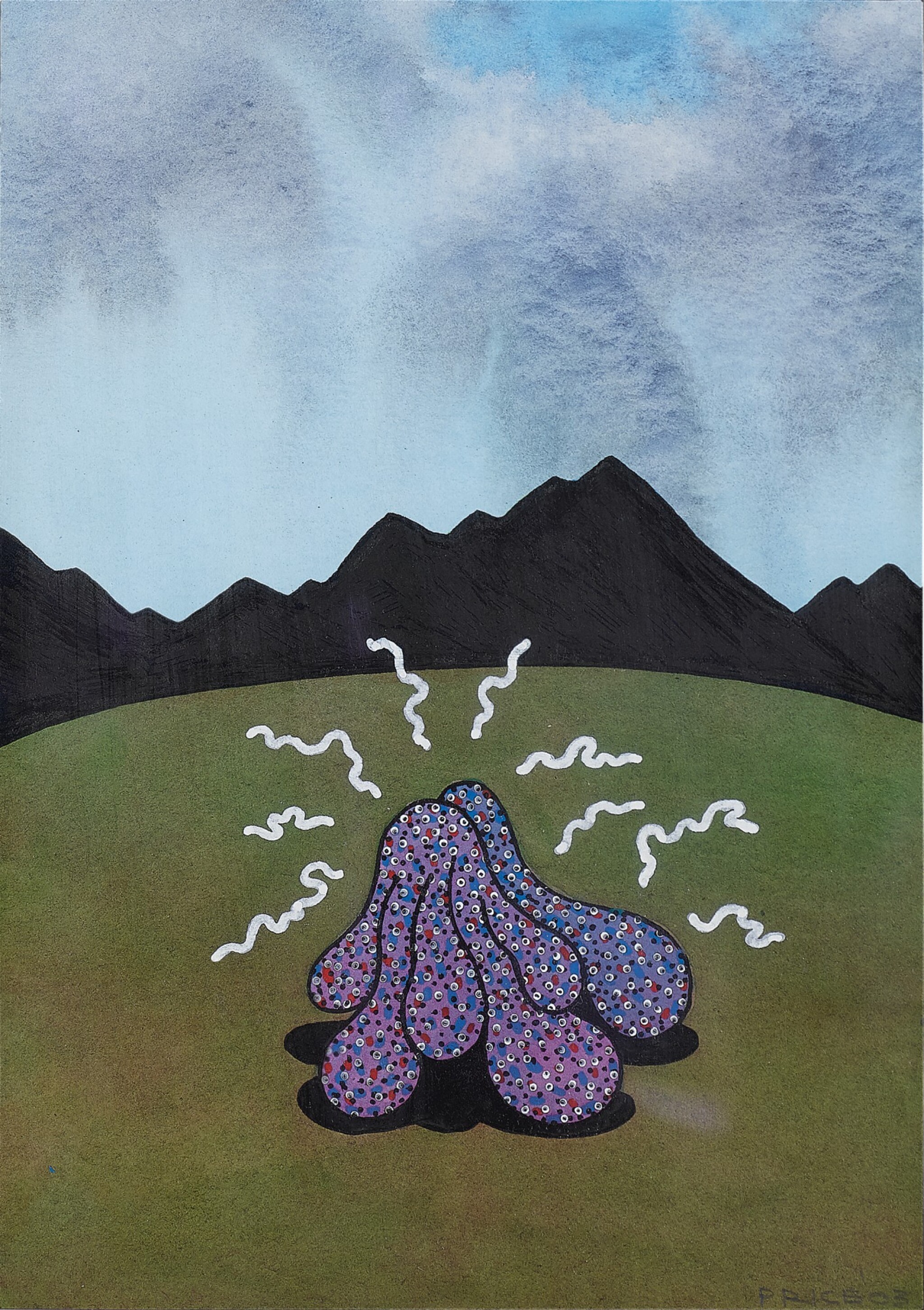 signed and dated 03; titled on the reverse

acrylic and ink on paper

This work is in excellent condition overall. The sheet is hinged at the upper corners of the reverse to the backing board. There are tonal variations to the surface, inherent to the artist's working method. Framed under glass.

Matthew Marks Gallery, New York
Acquired from the above by the present owner
"His svelte yet pneumatic forms could suggest cartoonish hands, abbreviated Loch Ness monsters or salacious tongues. Others conjured up jellyfish or rogue ocean waves, which Mr. Price, a surfer, knew well...The announcement card for his 1961 show at Ferus featured a photograph of him on a surfboard, his arms extended exultantly skyward. The critic Lucy R. Lippard identified Mr. Price as 'something of a Surrealist, something of a purist, something of an expressionist, something of a naturalist.' Mr. Price himself remarked on the associational richness in his work in a letter to a friend in 1959. Referring to one of his mound-shaped sculptures—which preceded the Eggs and would form his 1960 Ferus debut—he wrote that making it kindled 'fond memories of mountain peaks, breasts, eggs, worms, worm trails, the damp undersides of things, intestines, veins and the like.'"