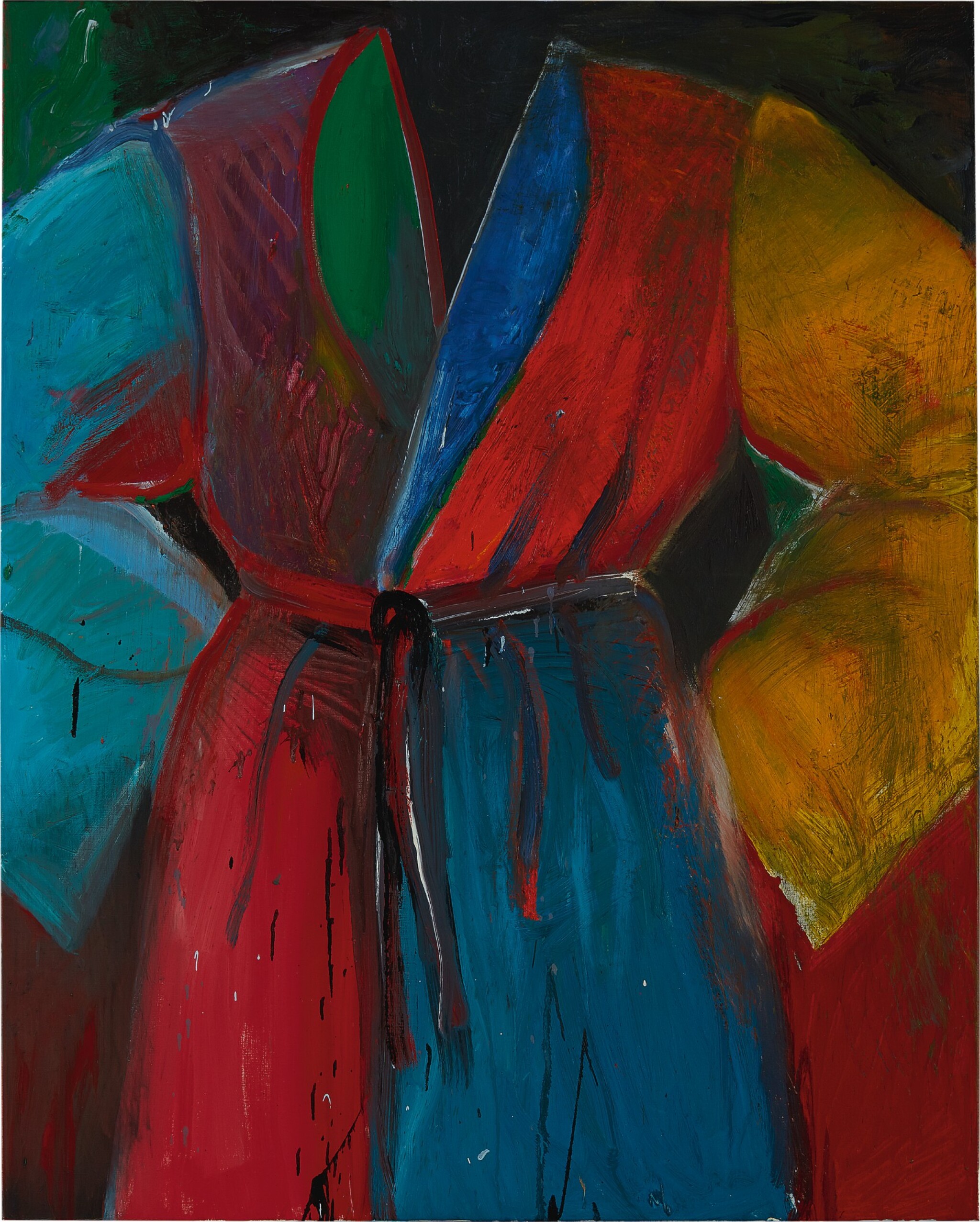 “The robes have become much more mysterious than they used to be, and that’s because I understand them more. Obviously, there’s some hidden significance there. But what’s funny is that I don’t own a bathrobe. I don’t wear one. I don’t walk around in one. I never see bathrobes around me, nor do I see people wearing them. I don’t have a bathrobe to paint from. What I use is what I’ve used from the very beginning—a newspaper ad which I clipped out of The New York Times back in 1963. The ad shows a robe with the man airbrushed out of it. Well, it somehow looked like me, and I thought I’d make that a symbol for me. Actually, it all began when I wanted to paint a self-portrait . . . and just couldn’t. It’s important for me to say this, because what I really wanted to do was sit in front of a mirror and paint a portrait of myself. But at the time, I was in analysis and the pressures I felt prevented me from going through with it. "