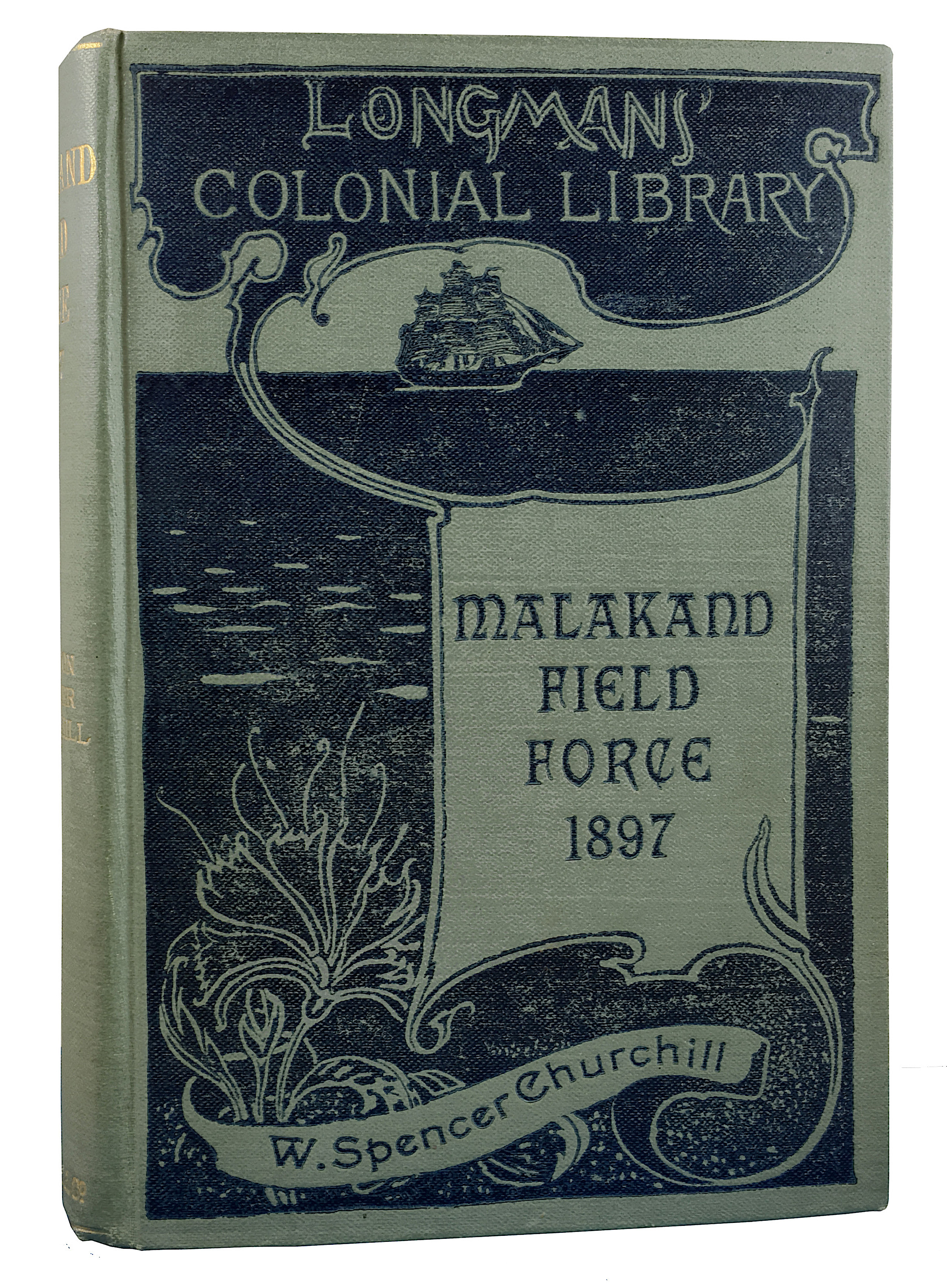 The Story of the Malakand Field Force: An Episode of Frontier War. London: Longmans, Green and Co., 1898

The present edition was “intended for circulation only in India and the British colonies.” Harsher climate conditions in the colonies generally resulted in low survival rates for these volumes. Thus, the freshness of this example is particularly noteworthy. Typographically, the front cover is also an undocumented variant, with Churchill’s name rendered as “W. Spencer Churchill,” absent the initial “L.” (for his middle-name Leonard) commonly present here (the “L” was dropped on all second edition covers).

A PARTICULARLY GOOD EXAMPLE OF A RARE TITLE