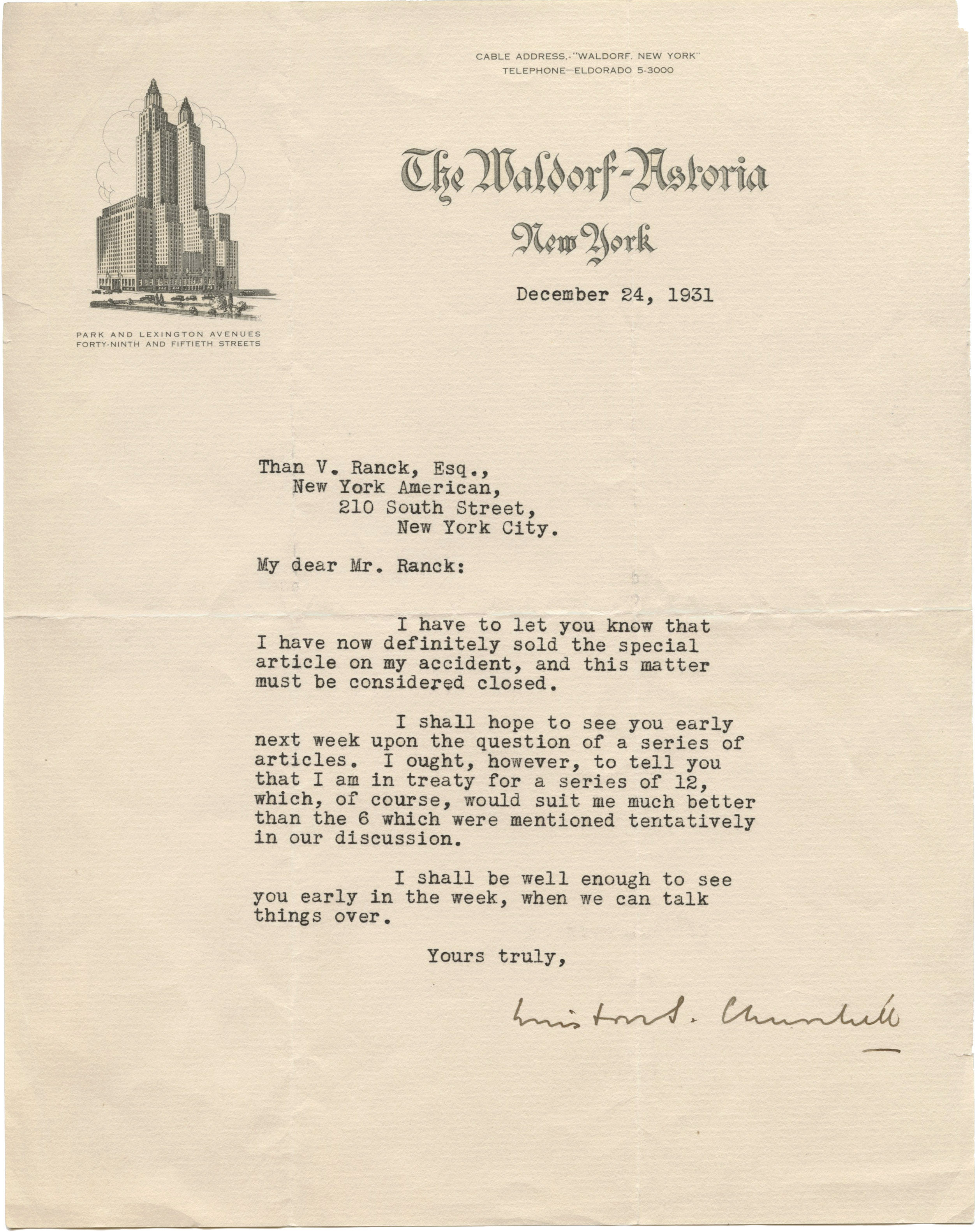 A LETTER TO THAN VON RANCK, AN EDITOR AT WILLIAM RANDOLPH HEARST’S THE NEW YORK JOURNAL-AMERICAN, WRITTEN SHORTLY AFTER CHURCHILL’S INFAMOUS CAR ACCIDENT ON NEW YORK’S FIFTH AVENUE: "I have to let you know that I have now definitely sold the special article on my accident, and this matter must be considered closed. I shall hope to see you early next week upon the question of a series of articles…"

Late in the evening of 13 December 1931, while visiting New York City, Winston Churchill took a taxi to his friend Bernard Baruch’s Fifth Avenue apartment for an after-dinner get-together. Annoyed that he and his driver could not find the address, Churchill stepped out into the two-way Fifth Avenue traffic, looked left, and was struck by a passing car on his right. Had he not been wearing a thick, fur-lined overcoat, Churchill might well have been killed. Instead, he suffered a fractured nose and ribs, a three-inch cut on his forehead and severe shock. He was rushed to Lenox Hill Hospital, where he developed pleurisy. His convalescence would last nearly two months. Yet, within less than two weeks of the accident, Churchill already was at work wringing profit from it, as this letter eloquently attests.

In excellent condition, with the standard fold marks, a faint paperclip shadow at the upper left corner and a minute chip at the upper right.