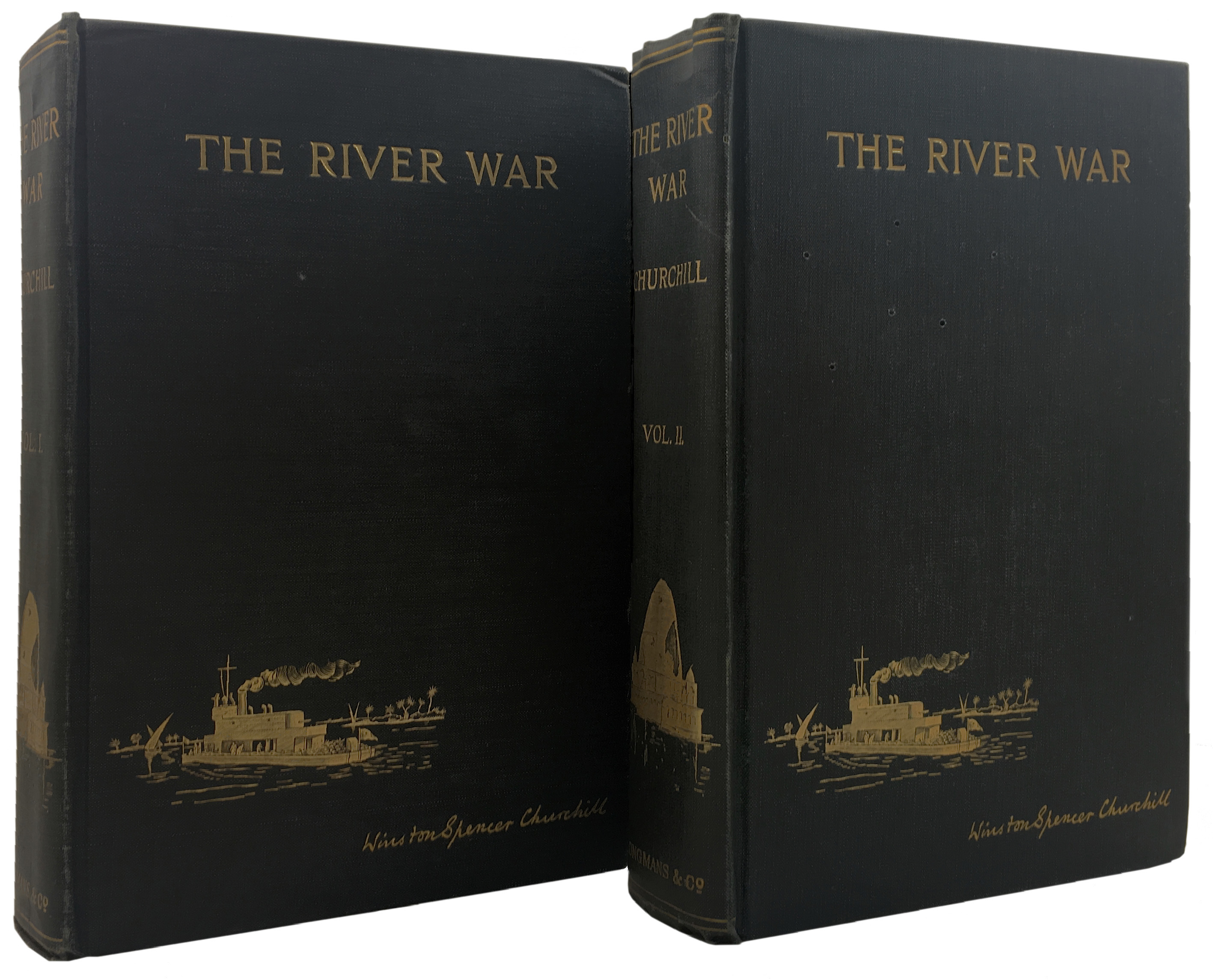 The River War; An Historical Account of the Reconquest of the Soudan. London: London: Longmans, Green and Co., 1899

Churchill’s second book, in which the young war correspondent delivers a brilliant history of British involvement in the Sudan, and an account of the fierce campaign for its reconquest that Churchill himself participated in and, in many significant ways, disapproved of. Originally published in these two large, lavish (and, today, rather rare) volumes, all subsequent editions were abridged.