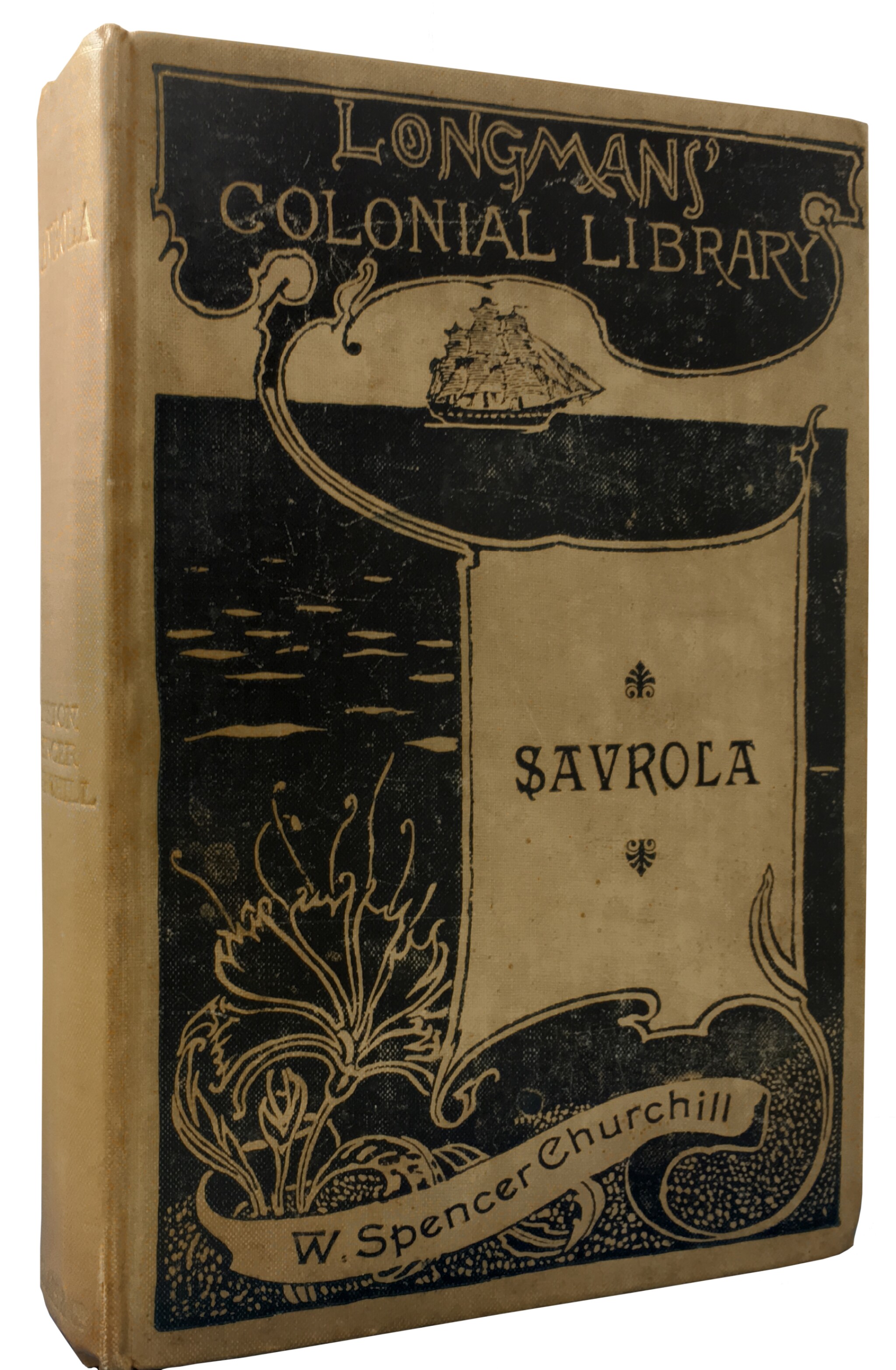 Savrola. A Tale of the Revolution in Laurania. London, New York, and Bombay: Longmans, Green & Co., 1900

THIS FIRST PRINTING OF THE COLONIAL HARDCOVER EDITION

The present edition, “[i]ntended for circulation only in India and the British colonies,” is significantly rarer than either the American or English first editions of Savrola. Churchill bibliographer Ronald Cohen states that no more than 1,500 Colonial copies were produced for both the hardcover and softcover issues combined. Moreover, the survival rate for these editions was quite poor, due to the colonial climate.