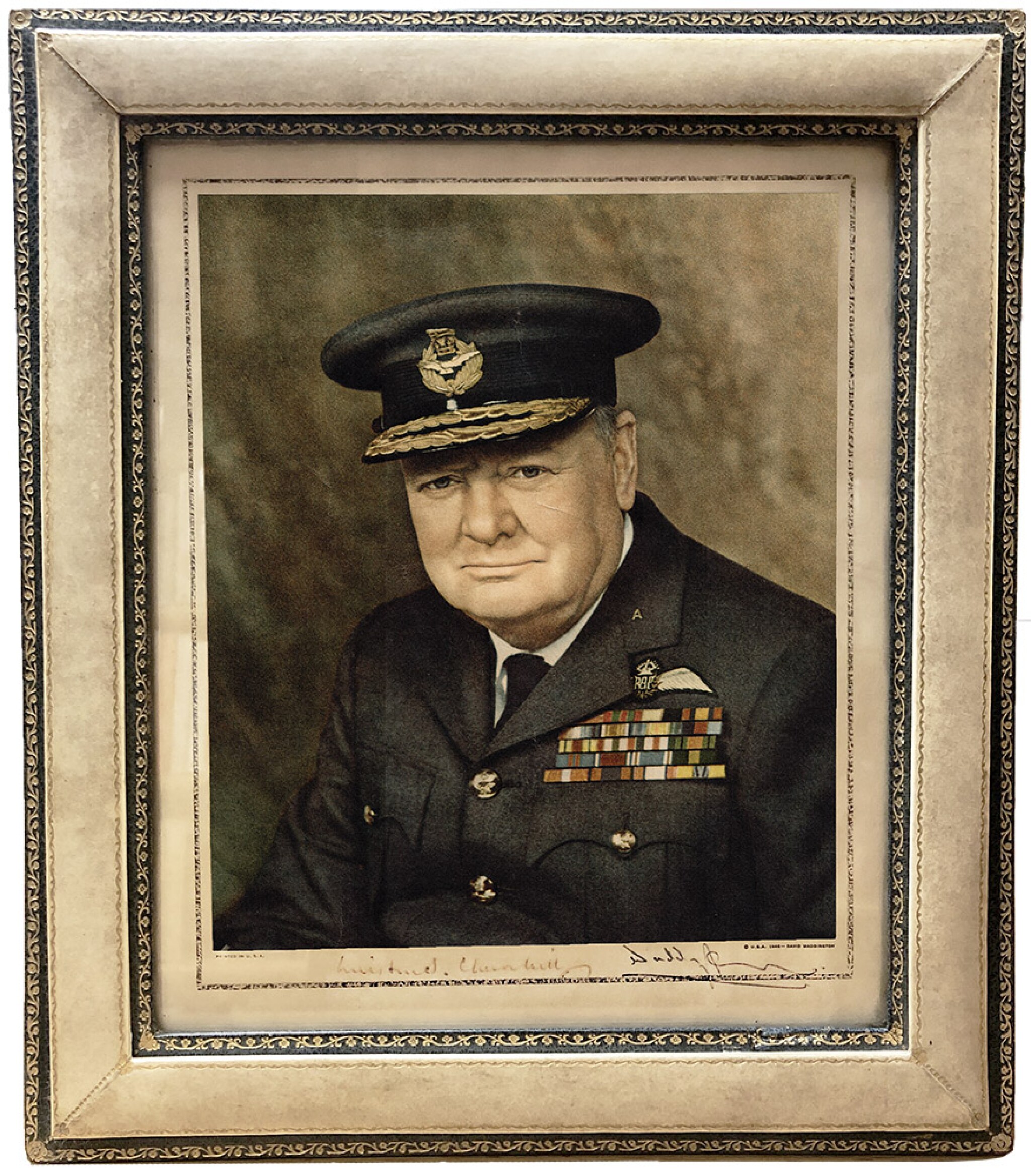 ONE OF ONLY FIVE KNOWN COPIES

Photographer David Waddington was serving in the R.A.F. as an Airman when he was released from duty to photograph Winston Churchill in 1945. Waddington was sent as part of the R.A.F. Colour Portrait Project. His work would be used to raise money for the joint benefit of United States Army Air Forces Aid Society and Royal Air Force Charities. Churchill wore the uniform of Air Commodore, Royal Air Force, for the sitting and was so pleased with one study in particular, he later requested and signed five direct-color transfer prints for presentation. This is one of those five. Nearly identical transfer prints were produced in large quantities for fundraising purposes with the photographer’s printed signature, but without Churchill’s signature, of course. Color transfer prints were produced on thin paper stock and tended to fade, as this one has. The signature of the photographer is printed with the photograph.

The photograph is uniquely framed in a vintage, purpose-designed, gilt-tooled leather desk frame, stamped on the easel-backed verso: Jarrolds of Sloane Street, Knightsbridge, frame makers to the King. Signed portrait photographs of members of the royal family were presented in similarly designed Jarrolds of Sloane Street frames throughout World War II. Thus, this is very likely the frame Winston Churchill presented this photo in.

The print bears a small crease to Churchill's hat and has faded but is otherwise fine.