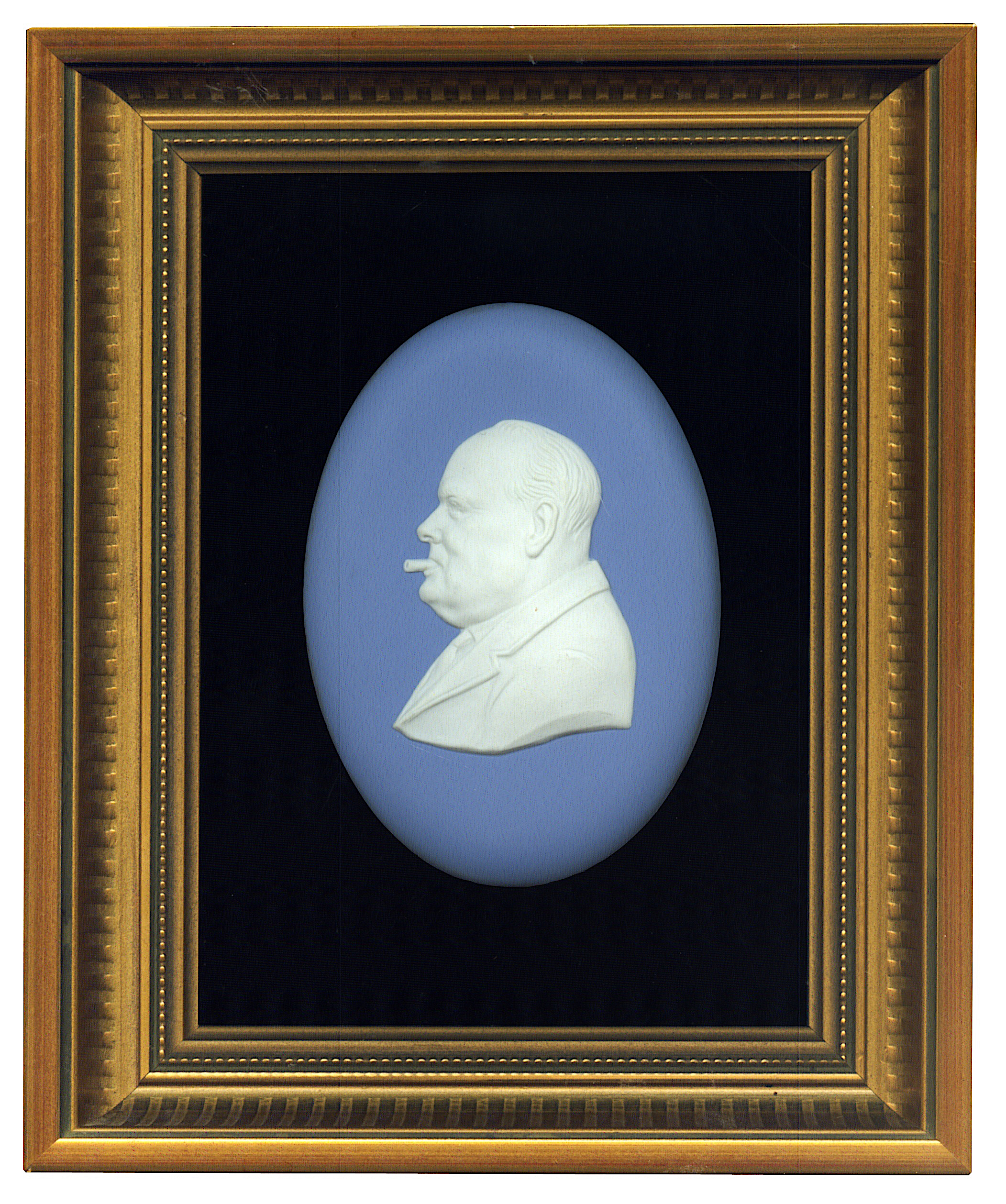 This Wedgwood portrait medallion was commissioned in 1964 by fine china purveyor Thomas Goode & Co. of South Audley Street, London, to mark Churchill’s 90th Birthday and his Honorary Citizenship of the United States award. It came to be regarded as a memorial tribute after Churchill died within two months of its issue. It is far rarer than the subsequent 1974 issue, which commemorated Churchill’s 100th Birthday.

The velvet is a touch rubbed, the frame has some very faint chips along the edges. Else fine.