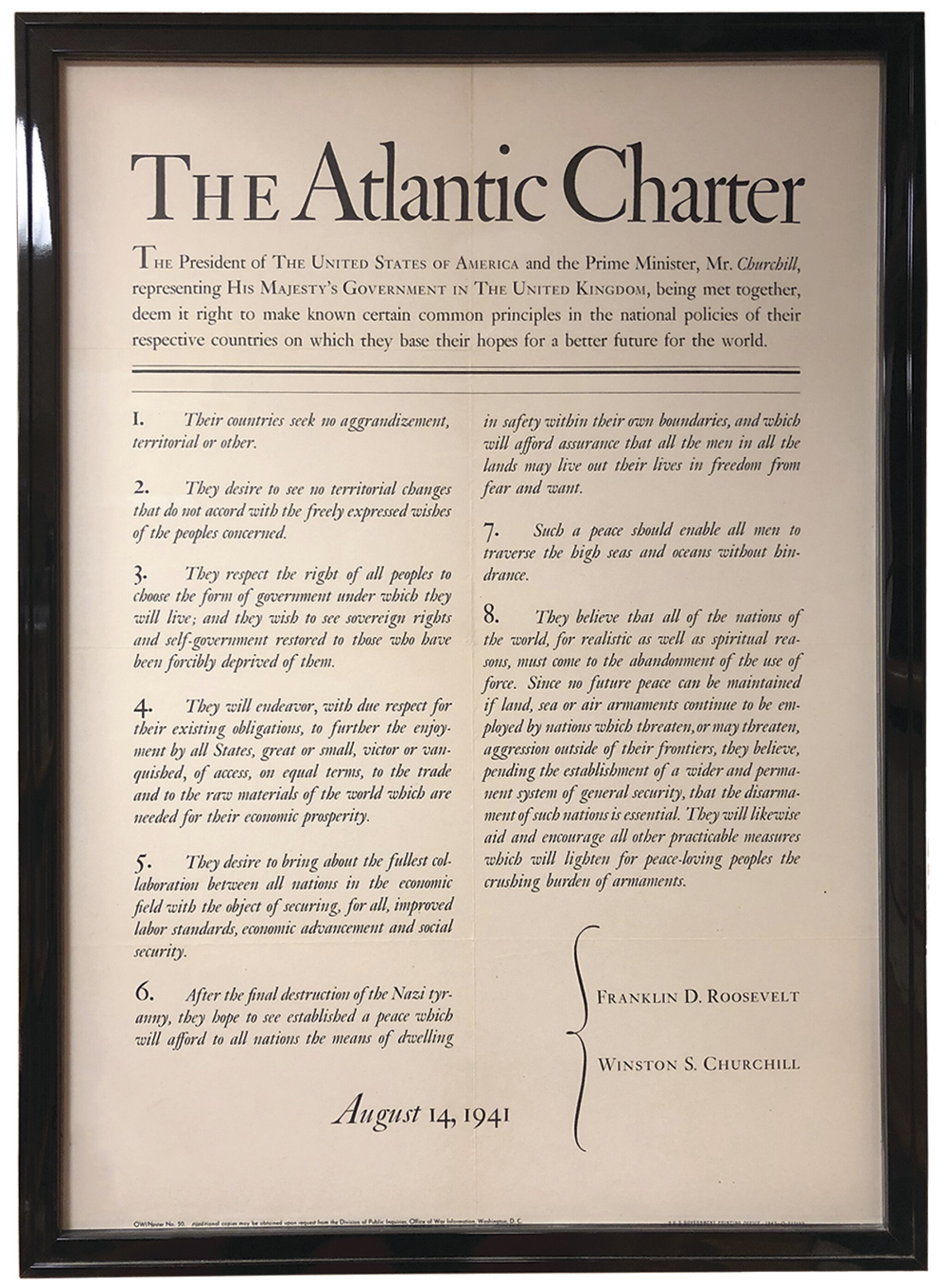 Winston Churchill and Franklin Roosevelt met secretly for the first time prior to America’s entry into World War II aboard the USS Augusta and the British battle cruiser HMS Prince of Wales off the coast of Newfoundland in August of 1941. One central outcome of this “Atlantic Conference” was the so-called “Atlantic Charter,” a blueprint for the world after World War II that later formed the basis for the United Nations Charter. In fact, it was initially only a statement of principles hastily drafted and agreed to by Churchill and FDR. The term "Atlantic Charter" was later coined by a London newspaper (The Daily Herald) after the joint declaration had been published. The ideals expressed in the eight points of the agreement were so popular that the U.S. Office of War Information in 1943 produced 240,000 posters of the full text.

The poster is in very good condition, virtually mint.