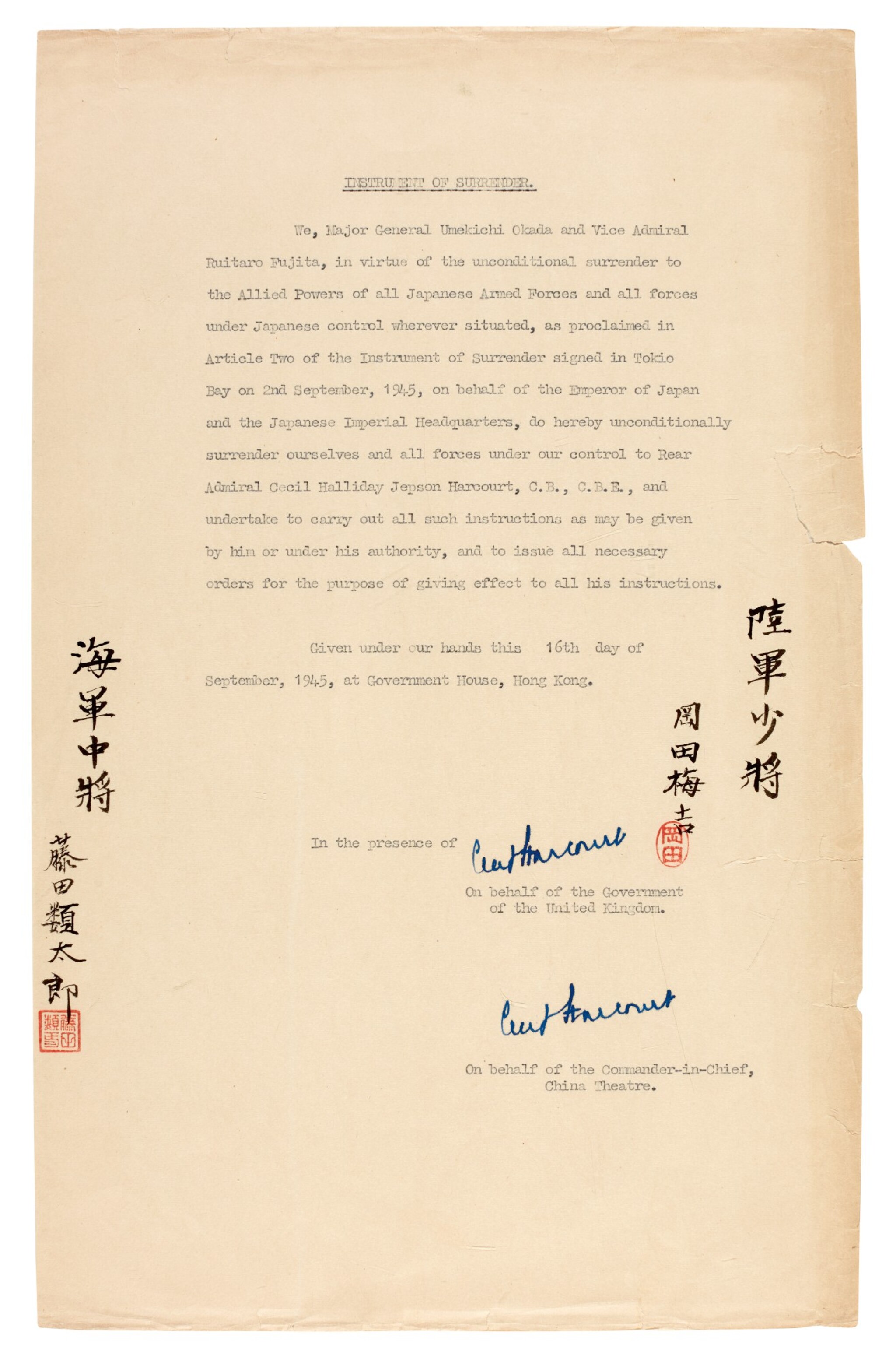 A POWERFUL RECORD OF ONE OF THE FINAL ACTS OF WORLD WAR II. Japan had invaded the British colony of Hong Kong on 8 December 1941 - the day after the attack on Pearl Harbour - and conquered the island after 18 days of fierce fighting. The three years and eight months of Japanese occupation were characterised by fear, hunger, brutality, forced deportation, and the the savage treatment of prisoners. About 10,000 people were killed during the occupation. The Japanese capitulated on 15 August, after the bombing of Hiroshima and Nagasaki, and the British moved quickly to regain control of Hong Kong. Franklin Grimson, who had been Colonial Secretary of Hong Kong at the time of the invasion, was released from his internment camp on 16 August and immediately proclaimed himself acting governor. The British Pacific Cruiser Squadron, commanded by Rear Admiral Cecil Harcourt, sailed into Victoria Harbour on 30 August. This document was signed at the formal surrender ceremony that took place at Government House some two weeks after the British arrived back in Hong Kong.

A small number of copies of this document were evidently signed at the ceremony. There is a copy in the Imperial War Museum (HSR/V/8) - who also hold Admiral Fujita's ceremonial sword, presented to Harcourt at the surrender - and at least one other copy in private hands (sold in these rooms 28 May 1983, lot 80). This copy belonged to a Vice Admiral in the British Pacific Fleet in 1945.

The cataloguing of this lot was amended on 3 August 2020 to reflect the fact that the two Japanese signatures may be secretarial.