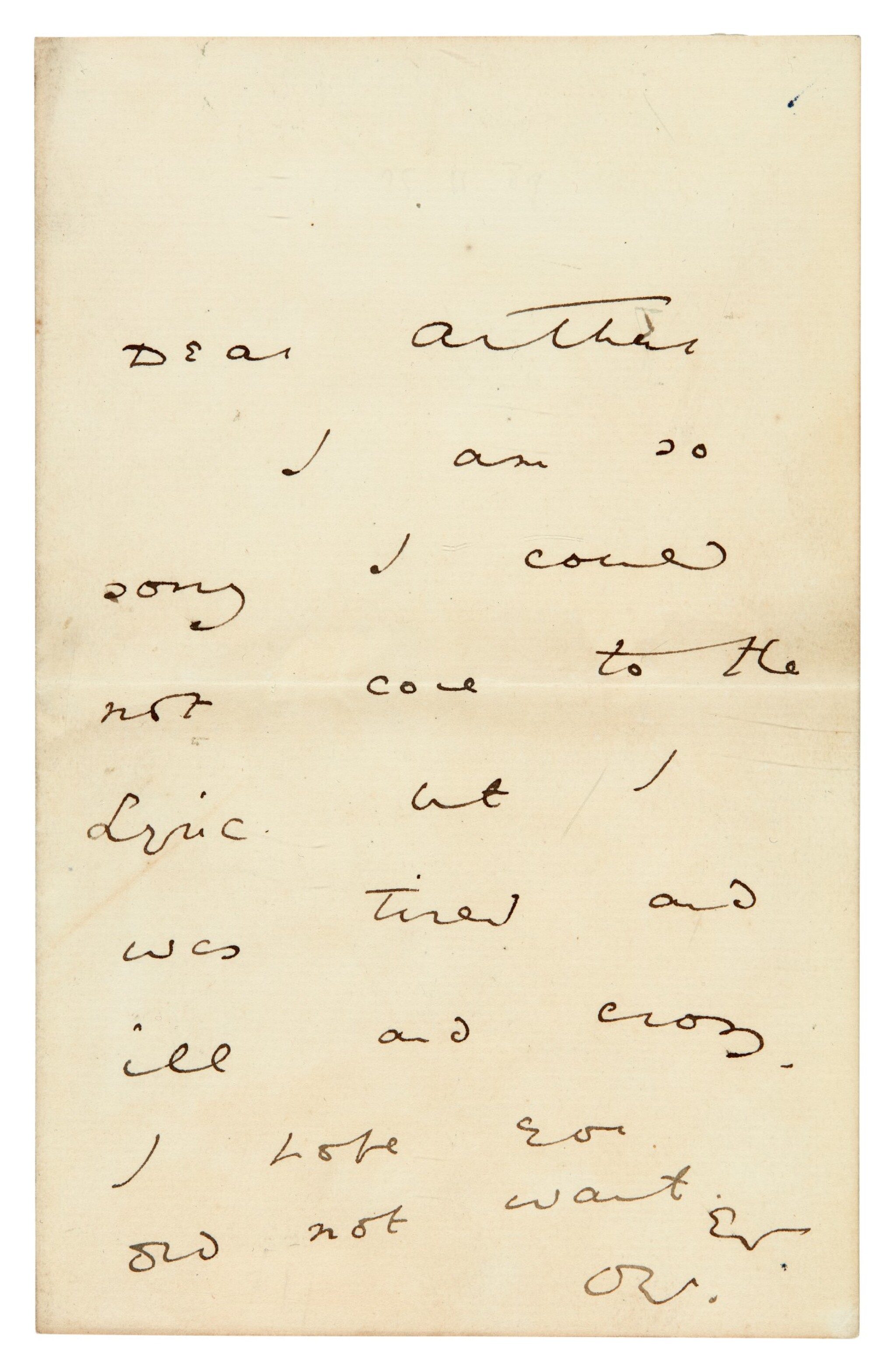 The addressee in this letter is almost certainly Arthur Bellamy Clifton (1862-1932) a solicitor who eventually became a successful London Art Dealer (in partnership with Robbie Ross) and was one of Wilde's oldest friends. Wilde lent him money to get married, and Clifton later visited Wilde in prison and was one of the few loyal friends who stood by him until his death. This letter is apparently unpublished.