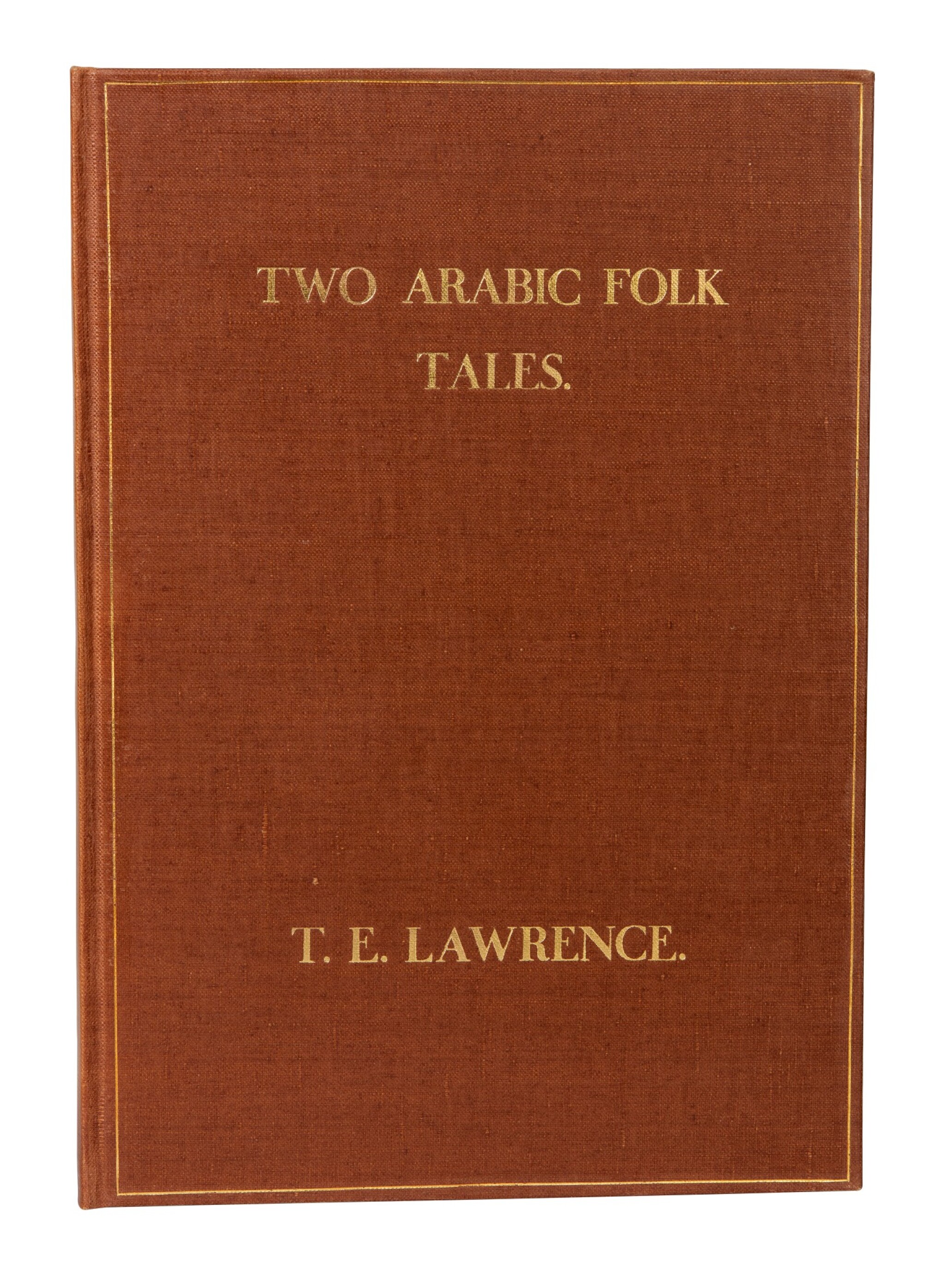 The final leaf records that: "These tales were written in ink at the beginning of the diary which the author kept while travelling in Northern Arabia during 1911. They were probably an Arabic exercise". The diary referred to is now in the Houghton Library at Harvard, and was published as The Diary of T.E. Lawrence MCMXI by the Corvinus Press in 1937. It seems Lawrence chose these two children's stories as suitable subjects for translation while he was trying to improve his Arabic during the years before World War I. The colophon states that the printing of the volume was completed in December 1937, but the book appears not to have been published until September 1938, possibly due to problems with the binding of the edition. The book is notable for the large, 36-point Tiemann typeface employed, which, although an unusual choice, produces a striking effect.