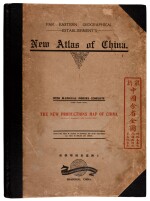 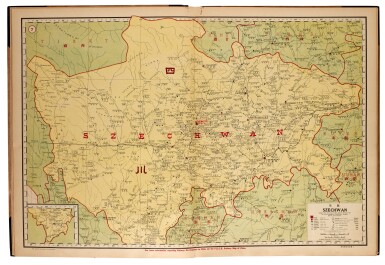 An attractive early twentieth-century atlas showing the provinces of China. The index has some 10,000 entries. Both the maps and index are bi-lingual.

The atlas was compiled “under the auspices of the Far Eastern Geographic Establishment, Shanghai. This institution, which operated from 1915 to 1929, was one of the many organisations run by foreign sojourners who flocked to Shanghai in search of profit and adventure after the First Opium War and the designation of the city as a treaty port in 1843”.

Cf. All Under Heaven 16 (map of Yunnan from the atlas)