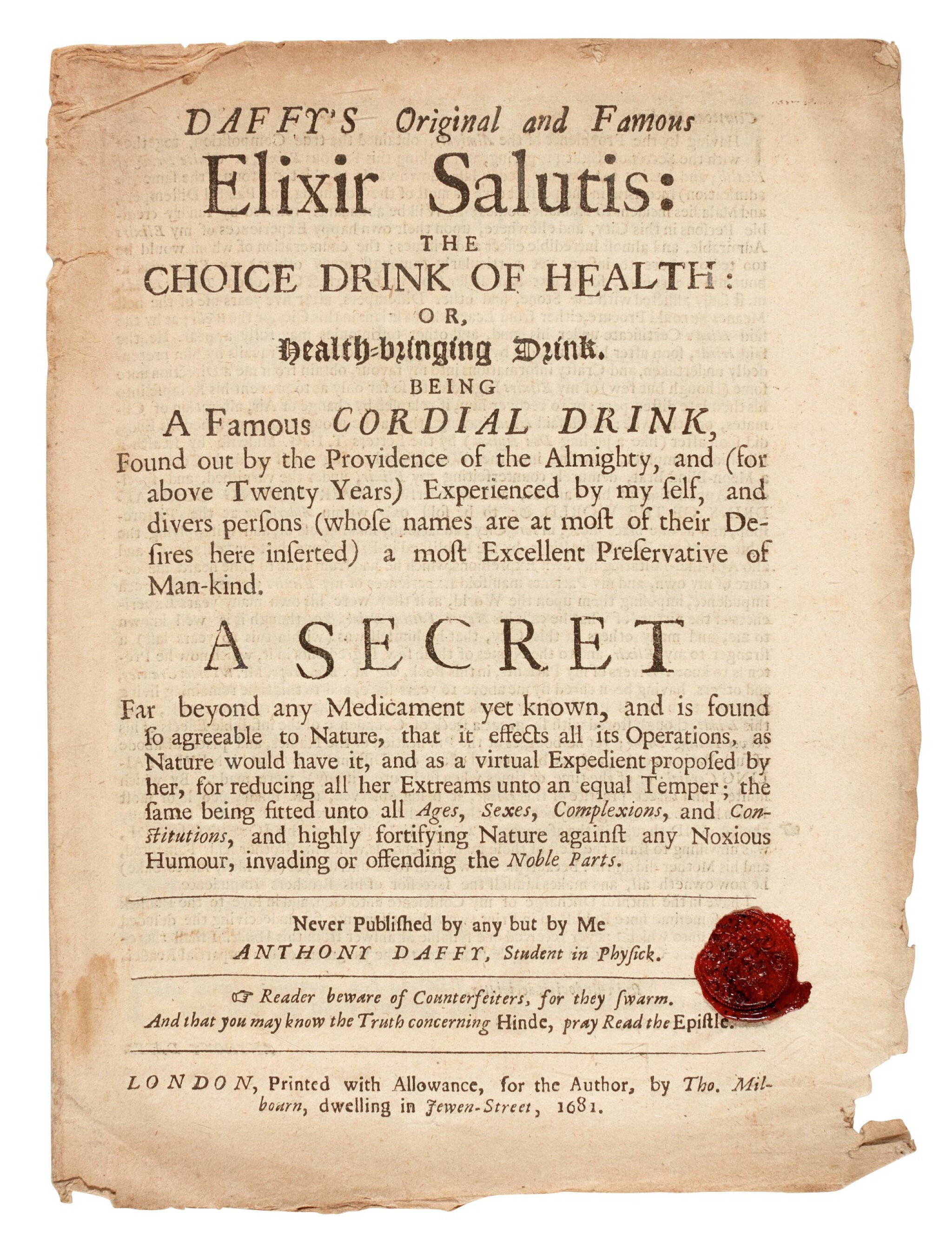 ii) Directions Given by mee (Anthony Daffy, Student in Physic.) For taking my safe, innocent, and successful cordial drink, called Elixir Salutis; Proper to the Cure of each Distemper (in the Printed Sheet of its Virtues mentioned,) and suited unto the Patients several Ages, Sexes, and Costitutions. n.p., n.d. 4to, uncut single sheet

"...A Secret far beyond any Medicament yet known, and is found so agreeable to Nature, that it effects all its Operations, as Nature would have it, and as a virtual Expedient proposed by her, for reducing all her Extreams unto an equal Temper; the same being fitted unto all Ages, Sexes, Complexions, and Constitutions..."

EXCEPTIONALLY RARE EARLY PAMPHLETS ADVERTISING ONE OF THE MOST ENDURING "QUACK" MEDICINES. Daffy's elixir was invented by the Rev. Thomas Daffy (1616-80) in the mid-17th century, its principle ingredients being senna leaf (a mild laxative) and alcohol. Thomas Daffy divulged the recipe for his elixir to a relative in London, Anthony Daffy, who promoted it vigorously. These two pamphlets, which extol the virtues of the elixir as remedies for diseases as diverse as gout and plague, were part of Anthony Daffy's marketing campaign. By the early eighteenth century Daffy's elixir was a household name, and it continued in popularity through the Victorian period; its high alcohol content made it very effective in soothing fretful infants, for example (both Dickens and Thackeray describe this use of the elixir). Daffy's Elixir continued to be produced until at least the 1920s.

Several pamphlets similar to (i) were printed in the 1670s but this particular edition is unrecorded.

ii) Wing D104B (two copies only, both in the British Library)