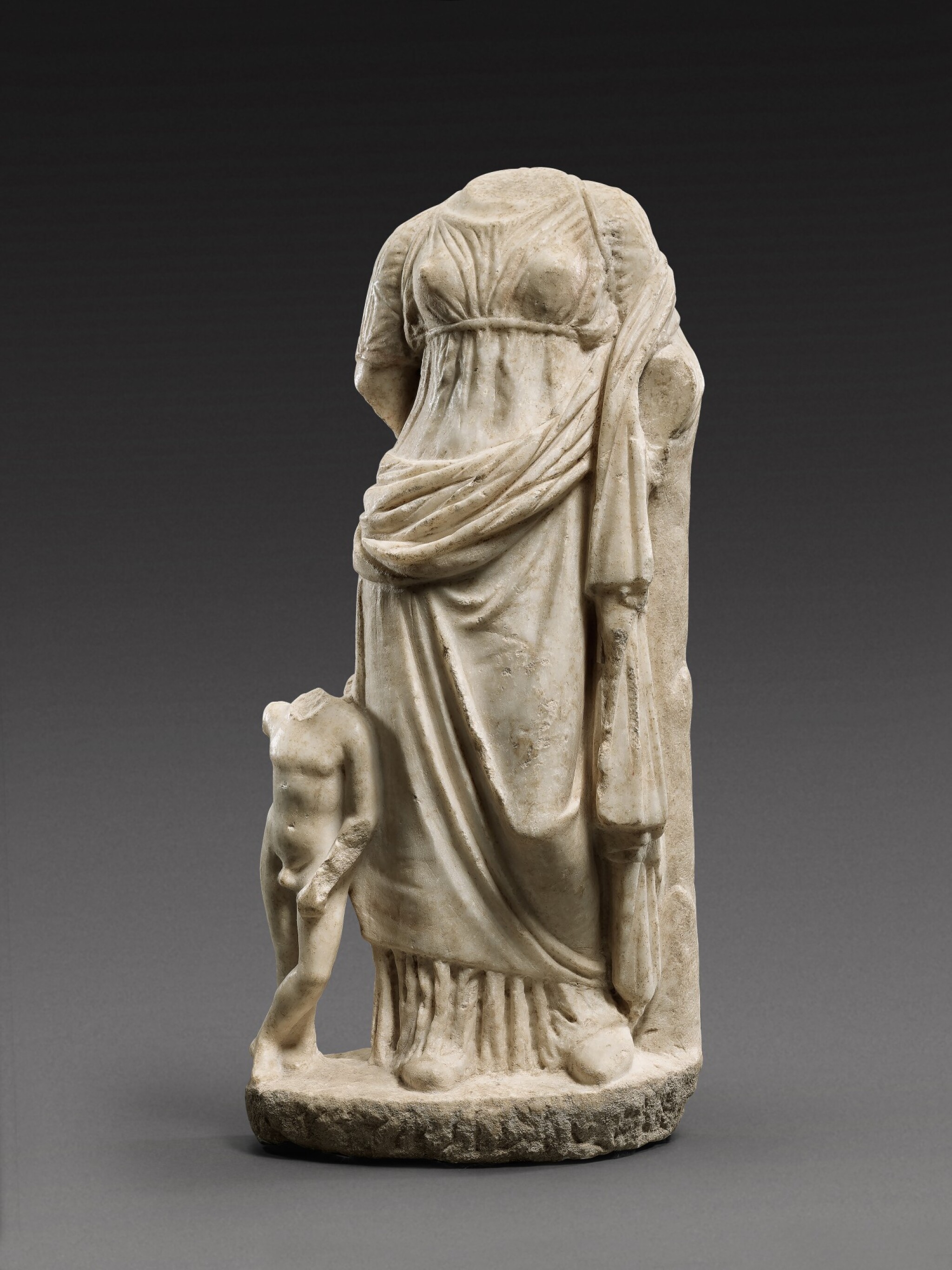 A Greek Marble Figure of Aphrodite with Eros

standing with the weight on her right leg, her right arm lowered and left elbow resting on a tree trunk, and wearing a chiton bound under the breasts and around the shoulders and himation draped around the lower body and left arm, winged Eros with crossed legs, leaning against her right leg; no restorations.

As shown. Minor chips and abrasions overall. Most losses are to Eros' extremities and to lower section of drapery in front. Anathyrosis on neck break, perhaps for an ancient repair? Neck drilled with two small circular holes now filled in.

European private collection, 19th Century or earlier (based on restoration techniques)
Christie's, London, July 5th, 1995, no. 214, illus.
Evelyn Aimis, Florida
acquired by the current owner from the above on February 15th, 2005

The crepe-like texture of the chiton as well as the shoulder-girdle are well attested stylistic features of early Hellenistic Attic sculptures; see especially the statue of Themis from Rhamnous: N. Kaltsas, Sculpture in the National Archaeological Museum Athens, 2002, p. 272f., no. 568.